It's that time of the year again when the Big Spring McMahon-Wrinkle Airport will once again welcome the best hang glider pilots from near and far to compete at one of the most prominent Hang Gliding competitions in North America: The 2015 Big Spring Nationals. The competition will return to Texas for the fourteenth year, August 1st through the 8th. Forty pilots from around the U.S. and as far away as Austria and Norway will compete daily, launching from the McMahon-Wrinkle Airport on the west side of town. Like last year, this event is part of a series of four competitions used to determine the U.S. National Champion.
29. 7. 2015 Comments: 0

The format of the competition is Race to Goal, with a different task every day. The tasks are designed to take three or four hours for the winner to complete, and often cover 125 miles or more. (the longest task flown from Big Spring was to Clovis, New Mexico). The task is decided by a committee of three pilots each morning, based on the weather forecast, and announced at the morning pilot briefing. On days with light wind the task can be a square or a triangle, with the goal back at the airport. But this being West Texas, the task is usually a zig-zag or a dogleg, with the goal downwind at another place. 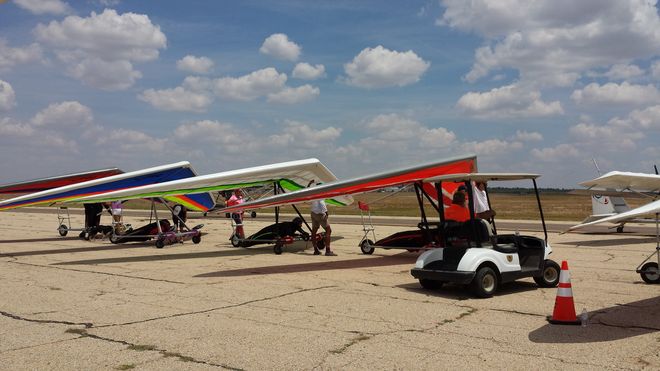 The public is welcome to watch the launching action at the airport - it usually starts around 12:45 or 1 pm and takes about an hour. There is shaded seating for spectators. The hang gliders are towed up behind specially-designed ultralight airplanes. They release at an altitude of two thousand feet, then circle and climb above the airport while they wait for the race to start. At a set time they cross an imaginary circle around the center of the airport and start the race.

All hang gliding is dependent on the weather. For information on each day's task and schedule, call McMahon-Wrinkle Airport, 432-264-2362.

During the weeklong event, members of the general public will be able to experience tandem discovery hang gliding flights. The tandems will take place at the McMahon-Wrinkle Airport,  most mornings and evenings depending on the weather, August 1 through 8. Flights are designed to be both fun and instructional. No flying experience is necessary. 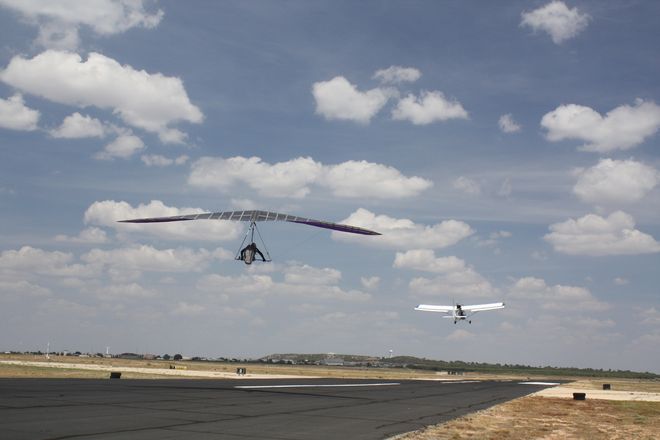 The special Big Spring price is $100, and videos are available for $40. 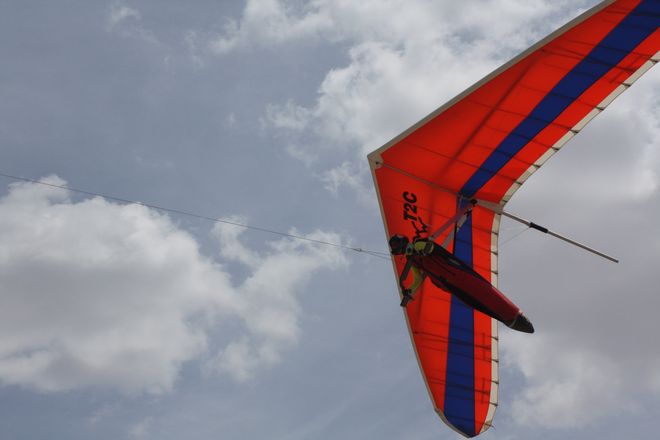 It's possible to watch each day's race in real time on the internet, or replay it later on, on the Airtribune live tracking website. Pilots will send a signal from an app on their cell phones, and you can see them all together on a map with the task. The addess is airtribune.com/2015-big-spring-nationals, and that's also a good place to see snapshots and news about the competition.