The Virgin Kitesurf World Championships’ fourth stop took place on the Spanish island of Fuerteventura - Canary Islands - on the 3rd to the 8th of August and there was a lot to see. This renowned venue, located in the Atlantic Ocean off the coast of Africa, has been welcoming the World Tour since its beginning in 2001 - no wonder the beaches which extends its beauty on several kilometers of white and thin sand have again filled with spectators and supporters who came to cheer on the World's elite kiteboarders.
16. 8. 2015 Comments: 0

It's been an outstanding week of action, with wind conditions being more varied than previous years, which resulted in an untimely end to men's finals. There were several attempts to run the Men's Final and mini final, but the wind was just not playing ball, so by 5pm the event was over, placing Christophe Tack and Carlos Mario in joint 1st place, and Alex Pastor with David Tonijuan in joint 3rd place. 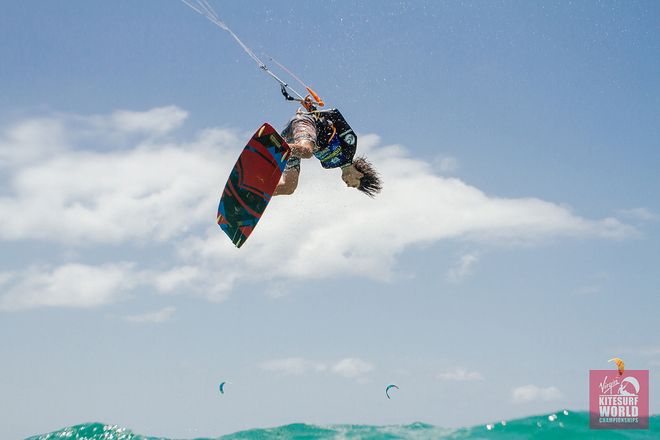 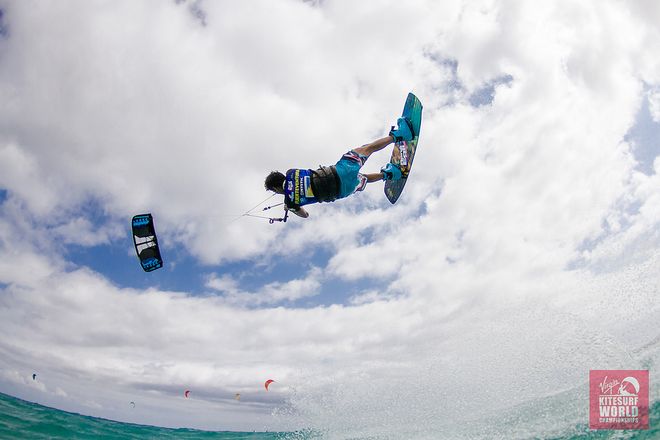 The current World Champion Tack stomped a nice Fronside 7 and Backside 315 in the semi while the 17 year old Brazilian Carlos Mario landed an incredible S-Mobe 7 being the highest scoring trick of the competition. 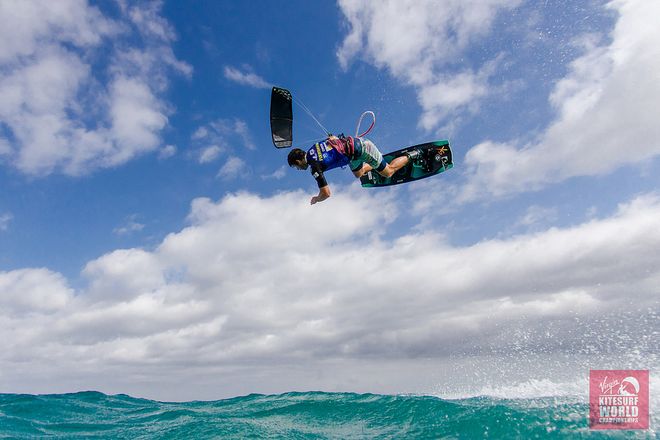 Alex Pastor entered the water showing great confidence with his riding, landing a Front Blind Mobe and Back Mobe 5 and an impressive Double Heart Attack in the first few minutes. David Tonijuan did not fail to impress either.

Before the wind started playing tricks on riders, the women's final had gotten underway that saw an impressive heat run between 9x World Champion Gisela Pulido and 1x World Champion Bruna Kajiya. The heated battle commenced with an outstanding Heart Attack and Slim 5 from Gisela, which was matched with an S-bend to Blind and S-Mobe from Bruna. Eventually it was the Brazilian rider's perseverance and consistency that gave her the win. Bruna was thrilled with her first event win of the year. Gisela took 2nd place, with Annabel Van Westerop in 3rd and Paula Novotna in 4th. All the girls put on an amazing show, and gave their best performance in front of the Sotavento crowds. 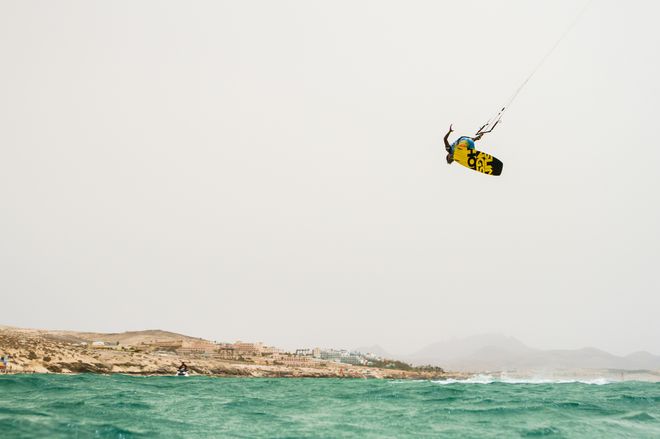 It was unfortunately not possible to finish the Big Air elimination due to the light wind conditions. 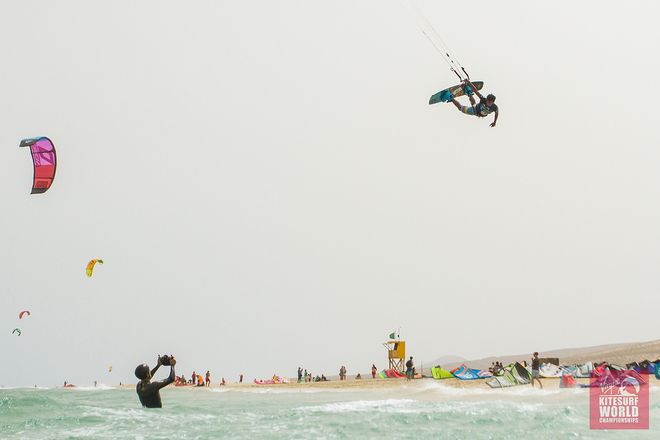 Bruna Kajiya - "I'm so happy, it's incredible! I'm happy that I did a really good heat and Gisela also. This is important because it made it more exciting for both of us. I just went for it, I risked a lot. I went for big tricks, and in the end it was worth it, and I'm extremely happy. " Christophe Tack - "I was lucky to have some great wind for 12 meters, and had a good heat against Alex. I was stoked to be able to find some kicker tricks, heel front 720 and toe back 540. In the final I started well against Bebe with a backside 317 and managed a KGB 5 and heel front 720, but unfortunately the wind dropped and the heat got cancelled. Bebe was ripping so I'm stoked to share first place with him!" 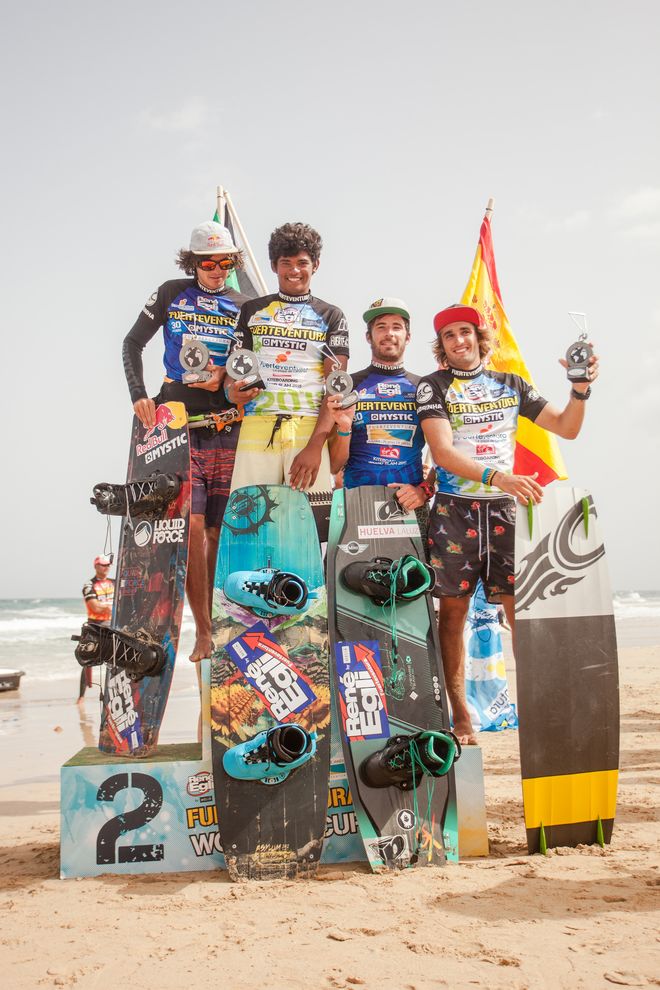 The event site is in the South of the peninsula at Playa de Jandía, in front of the René Egli Pro-center, one the most delightful beaches of the island. Next up is the VKWC in St Peter Ording, which will be commencing on 21st of August... stay tuned!