The Virgin Kitesurfing Armada is a fantastic weekend kitesurfing festival held annually at CBK beach, Hayling Island, an island located off the south coast of England. In 2013, the Kitesurfing Armada successfully set a new World Record with 318 kitesurfers riding together but what is more, raised over £70,000 for its supported charities. The festival operates using a wind window format, and will run once again the first weekend of good wind on either 13/14 September, 27/28 September or 11/12 October 2014.
4. 9. 2014 Comments: 0

Organizers aim to take the event to new heights, with more riders and an action packed weekend festival of kitesurfing, music, entertainment and overnight camping.  The Virgin Kitesurfing Armada began as an idea to raise funds for charity by getting together some local kitesurfers from West Sussex's Lancing Kitesurfing Club to undertake an endurance downwinder – originally from Hayling Island to Lancing – to raise sponsorship for youth charity Snow-Camp, the founding charity of the event. Snow-Camp’s Director, Dan Charlish, asked local kite pro and pier jumper Lewis Crathern if he would get involved and support the project – and the event was launched. 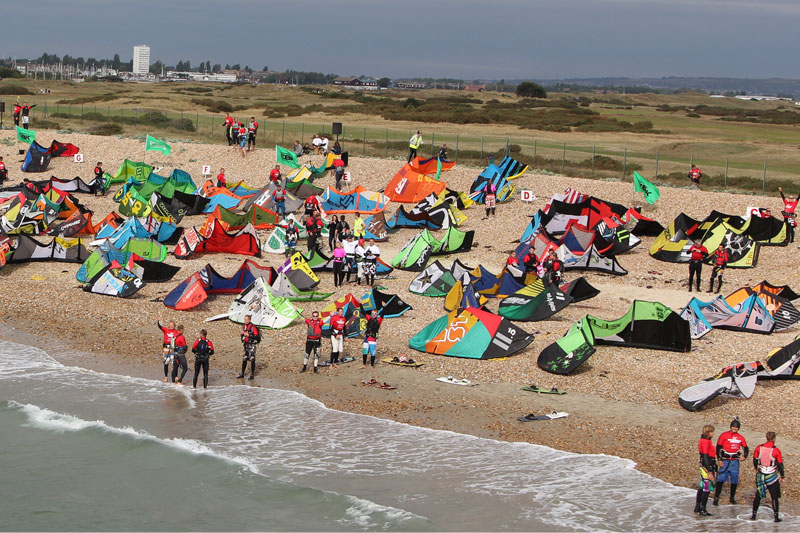 Despite the challenges of having multiple dates, this year, the Armada itself has an ambitious target to get over 500 GPS tracked kitesurfers to ride together on a mass downwinder between Hayling Island to Pagham, 15 miles down the coast.  And that's exactly 182 riders more than in previous year! As before, the organizers will stay regularly in touch with all participants, sponsors and partners in the run up to each possible weekend. 48 hours before there will be an official decision based on all the forecasts - and if they are go, everything kicks into action. 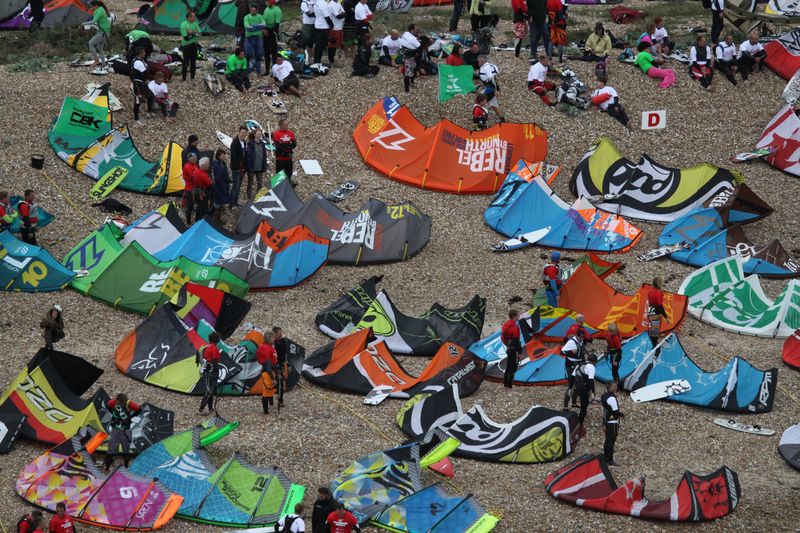 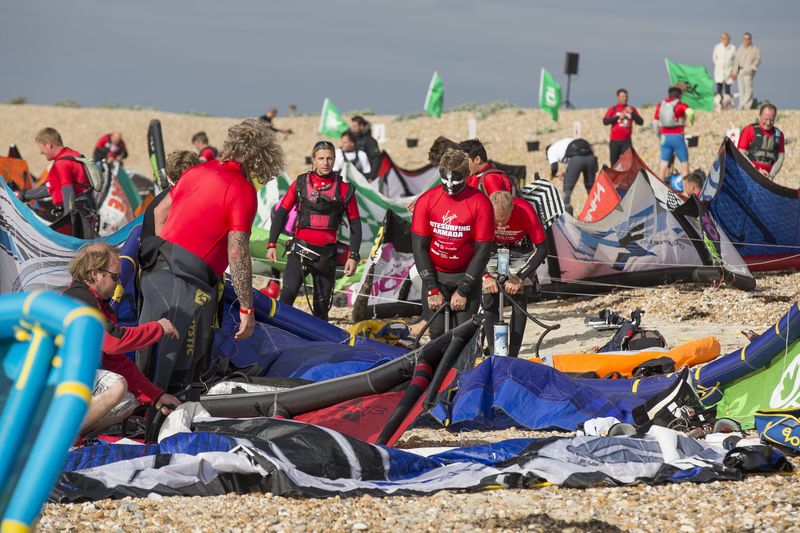 Bringing  together the kitesurfing community to ride together, raise funds for charity and positively promote the amazing sport of kitesurfing is a way to go. Currently a UK event, the organizers want to see Kitesurfing Armada’s running in other locations around the globe – so get in touch with them if you can help! 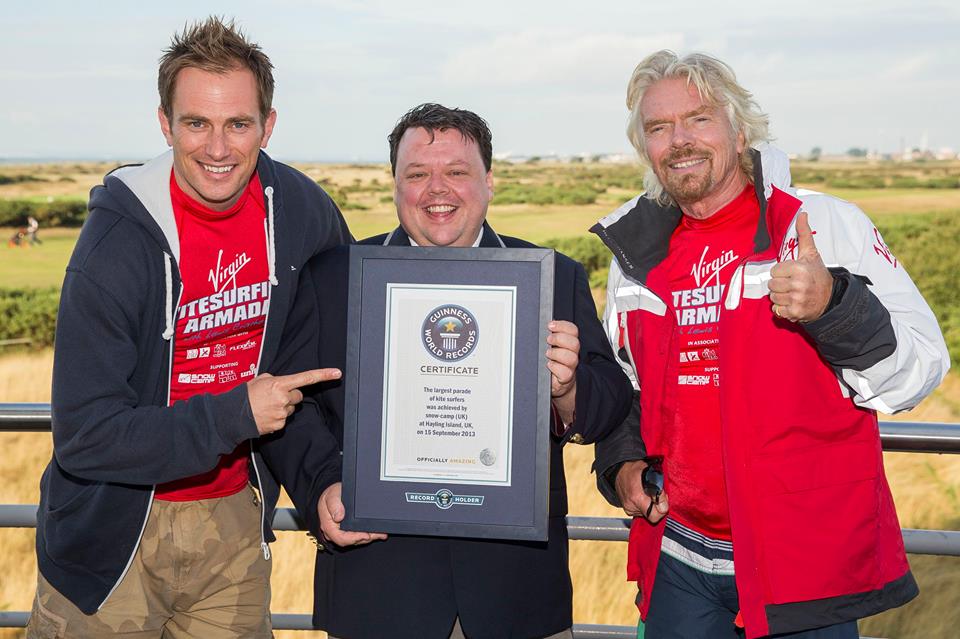 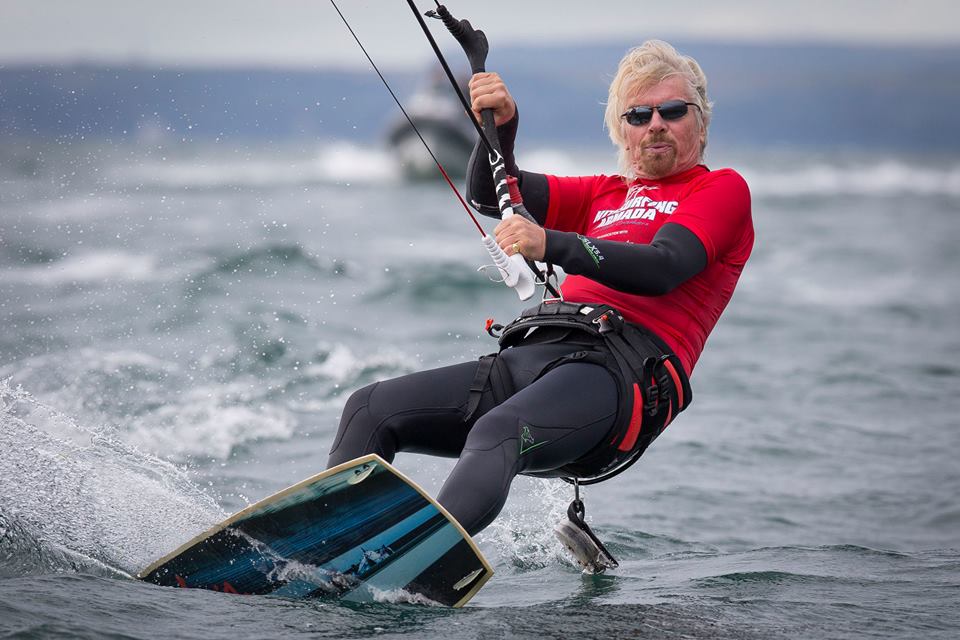 Sir Richard Branson, who in 2012 achieved the Guinness World Record for the oldest person to cross the English Channel, is hoping to add another record to his eclectic collection.

If you haven’t seen the film from the first ever Kitesurfing Armada – you can watch it here, it should give a helpful overview of what the kitesurfing and fundraising side of the event is all about.