An international team of 42 elite skydivers from five countries are claiming a new world record by completing four different formations on the same skydive while flying upside-down on Saturday, June 30.
10. 7. 2018 Comments: 0

The team traveled from around the globe for the vertical sequential world record event at Skydive Chicago in Ottawa, Illinois. 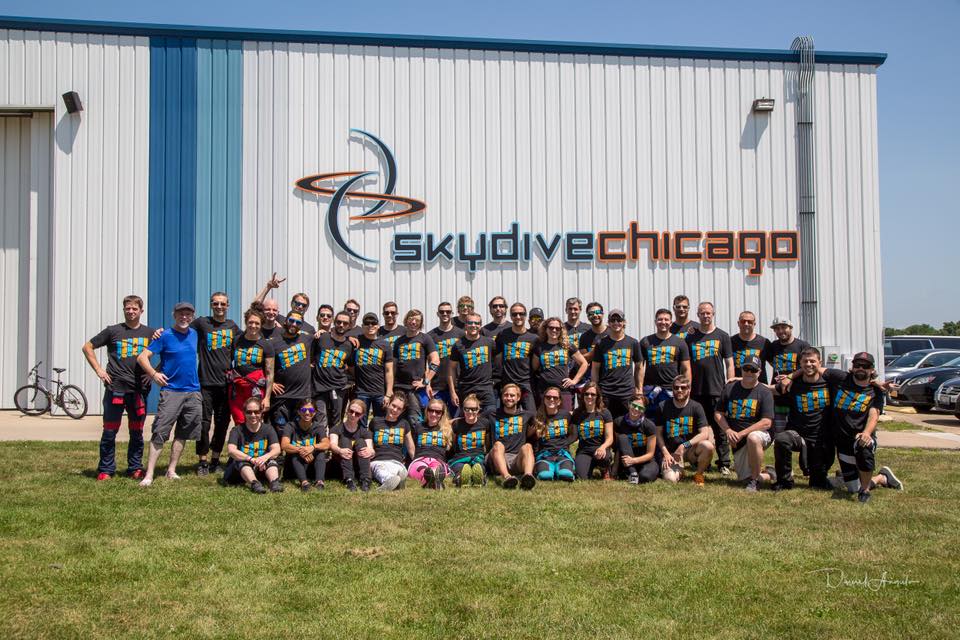 After leaping from two aircraft flying together more than 16,000 feet above the ground, the group built the formations flying upside-down with their heads pointed toward the earth—“head-down” in skydiving lingo. They had less than 60 seconds to complete the formations while plummeting toward the ground at speeds approaching 200 mph before separating from each other and opening their parachutes. 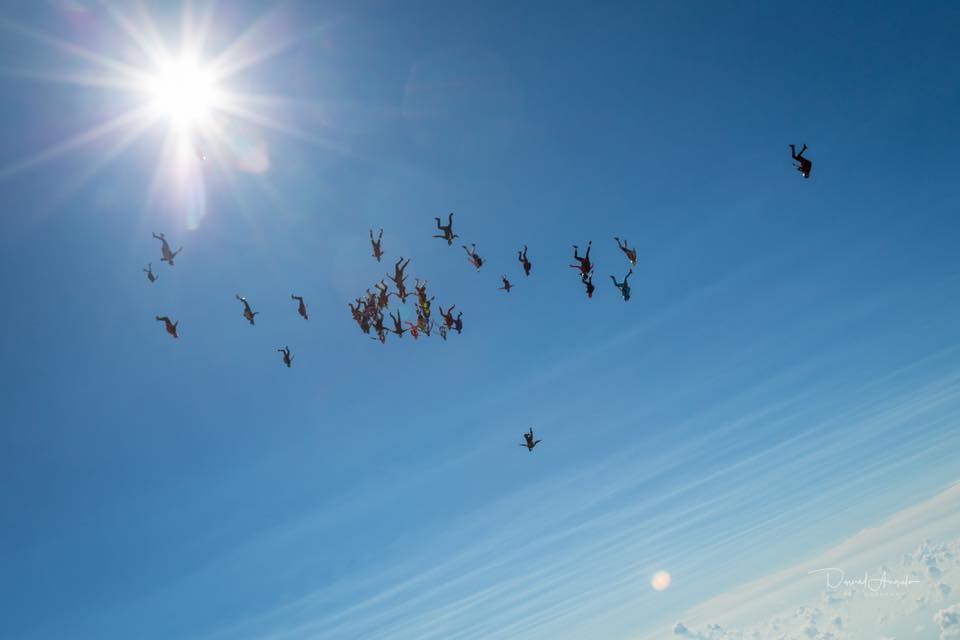 The group claimed their first record on the eighth jump by building three formations and then completed the four-formation record skydive two jumps later on their 10th attempt. Three videographers jumped with the team to capture all the action. The U.S. Parachute Association will submit the record to the Fédération Aéronautique Internationale, the international air sports governing body, for ratification as an official world record. 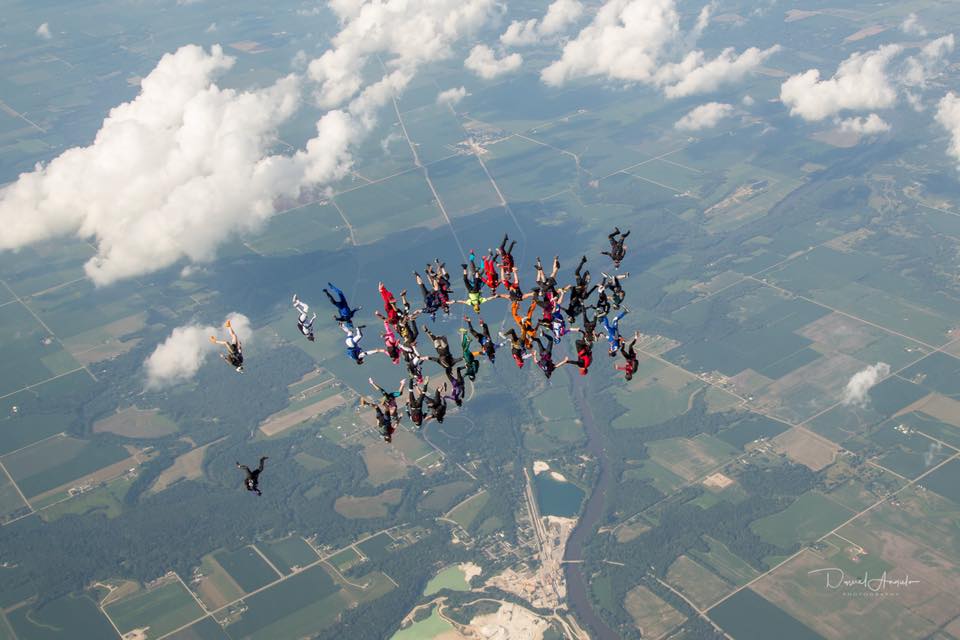