Trampoline is an Olympic Sport that symbolizes freedom, highflying acrobatics and precision. Multiple somersaults, flips and twists are performed at a height of up to 10 meters and require precise technique and perfect body control. With extreme sports boom, trampoline becomes a unique, extreme sport slowly transforming into much more - freejumping, extreme stunts, aerobatic shows. One of the representatives of this new era, Greg Roe, three times national gold medalist in gymnastics and trampoline has earned multiple unofficial world records in the trampoline world for skills no one else has done. Attempting to break World Record’s is just one way he continually pushes the limits of his body and his sport. Adrex.com invites you to learn more about this remarkable sport, and athlete Greg Roe, 'Acrobatic Performance Specialist,’ as he pursues his quest for a spot on the World stage.
4. 7. 2014 Comments: 0

Known for the extreme challenge of combining multiple flips centered in a small area, trampoliners are considered to be the high-flying ‘daredevils’ of gymnastics. Greg Roe has become one of the leading acrobats in the sport and has set a new standard of difficulty in his tricks and flips. He has the ability and innate special awareness to try movements that go beyond the current standard. Russian born Canadian first emerged on the local scene at the age of 15 having worked his way to the title of Provincial Champion in Level 6 and National Champion on Parallel Bars. In 2007, Greg decided to turn his focus to the sport of Trampoline. He excelled very quickly, gaining the title of National Open Champion in 2008. The following year was a turning point in Greg’s career. After placing 4th at the Elite Canada Championships, he was chosen to represent Canada at the World Cup in Germany. Since this time, Greg has continued to place in the top 5 in Canada each season. In 2012, Greg placed fourth at the Canadian Olympics Trials and was short-listed for the Olympic Team. Now 23, Greg’s determination and energy has never waived. Hand in hand with extreme sport's boom he constantly seeks out new endeavors that will continually push the limits of his ability and his sport, whether it be new trampoline skills, acrobatic shows and stunts, or daredevil moves.

His latest stunt, flipping 50 meters off a crane, from a handstand, was performed in cooperation with the Bag Jump Action Sports, a team of the craziest stuntmen in the world who throw shows around different continents. Their shows specialize from general individuals who can jump in a small bag and lower heights to upwards of 40m high with other professionals like Greg to stun and amaze the crowd. 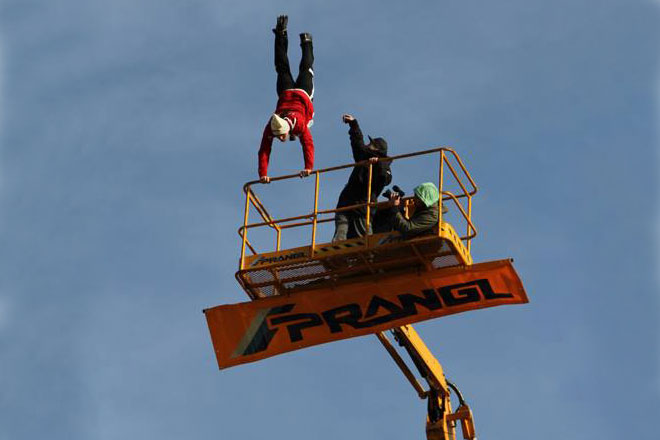 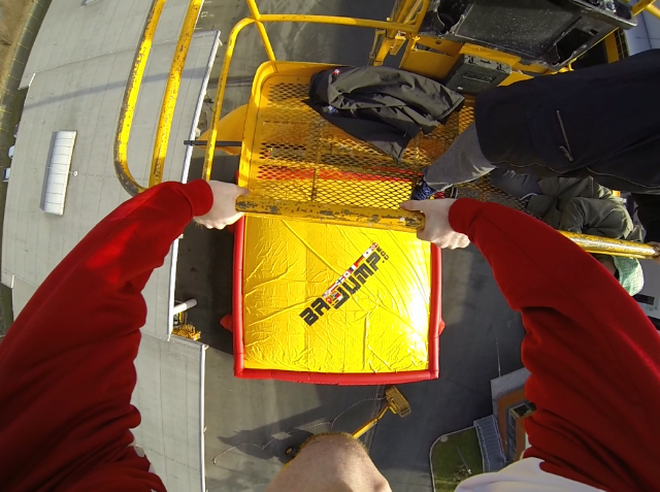 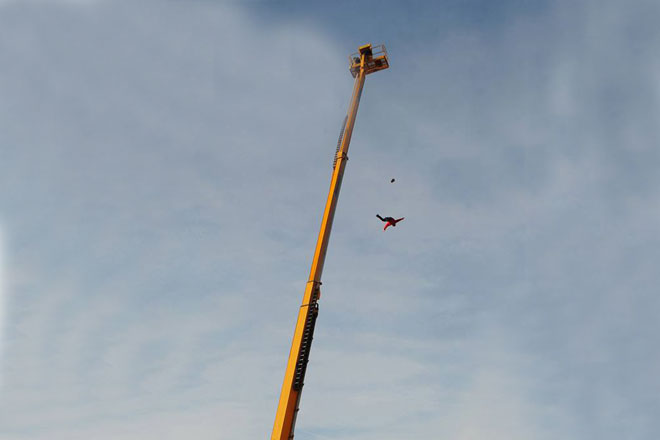 Greg falling down from a 100ft high cherry picker

But Greg wants to take it further. Part of his future business model will be to create the “GRT Extreme Events” where others like him can try new tricks and skills in a safe environment, under the watchful eye of Greg and his trained associates. Greg will be also collaborating with other talented young athletes to create events around the world, such as rally racing drivers, motocross champions, stunt performers, freestyle jumpers, snowboarders and wakeboarders. 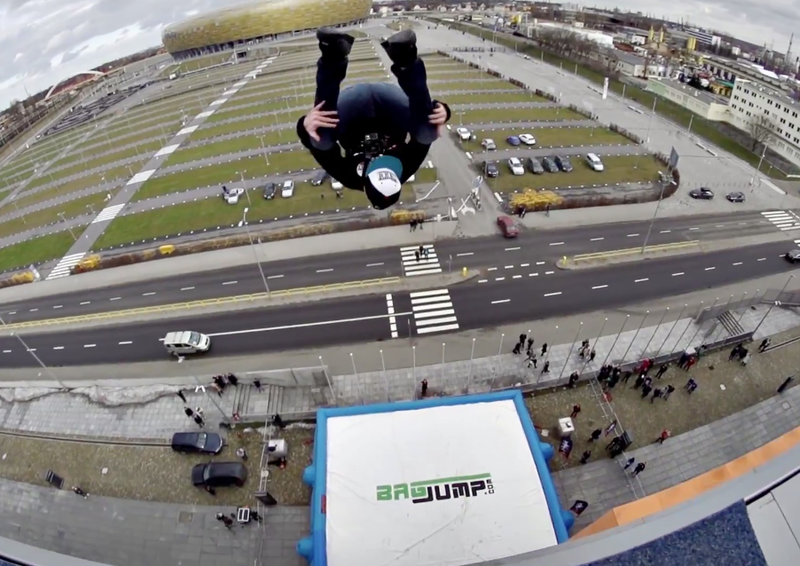 Greg seems to take liking of jumping off the buildings 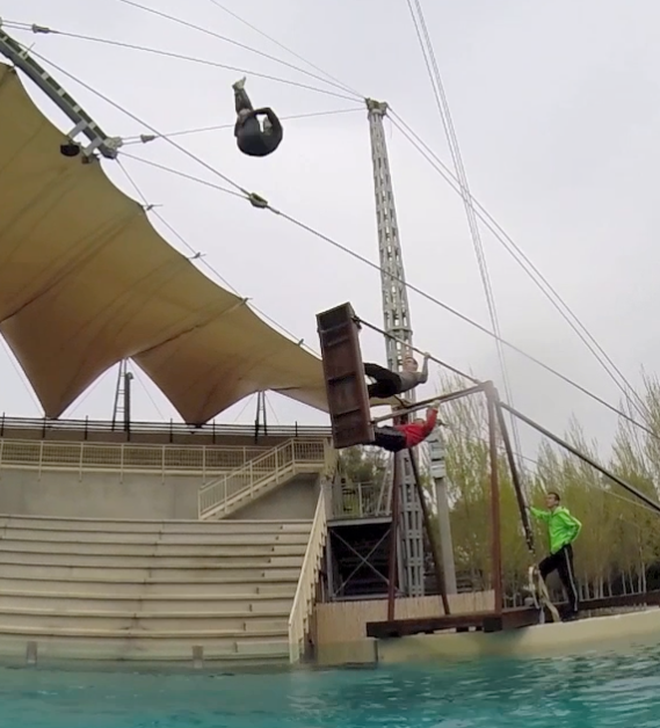 Greg trying the Russian Swing and some Diving skills at Rome, Italy

Well, Greg is for sure well on the way to take his sport to new heights and who knows, he might be the next Travis Pastrana (Editors: Travis is an extreme stunt performer mainly known in a motocross world).

All images are courtesy of Greg Roe, Copyright applied.