With one foot in Central America and the other dipped in the Caribbean Sea, Belize is home to the second-longest barrier reef in the world, a rainforest wonderland and mysterious Mayan ruins. Whether it's the Blue Hole unparallel diving or skydiving experience, Belize packs a whole lot worth of adventure within its borders - when you’re not diving with nurse sharks or skydiving, you can explore ancient Mayan ruins, visit rainforests, hike or go cave tubing.
9. 9. 2014 Comments: 2

Belize is recognized worldwide as one of the best places to scuba dive in the world. The second longest barrier reef in the world extends along the coast line teaming with hundreds of species of colorful fish and other sea life. There are about 70 types of hard corals and around 400 species of fish in Belize. Also, expect to see sharks, big schools of fish and rays. 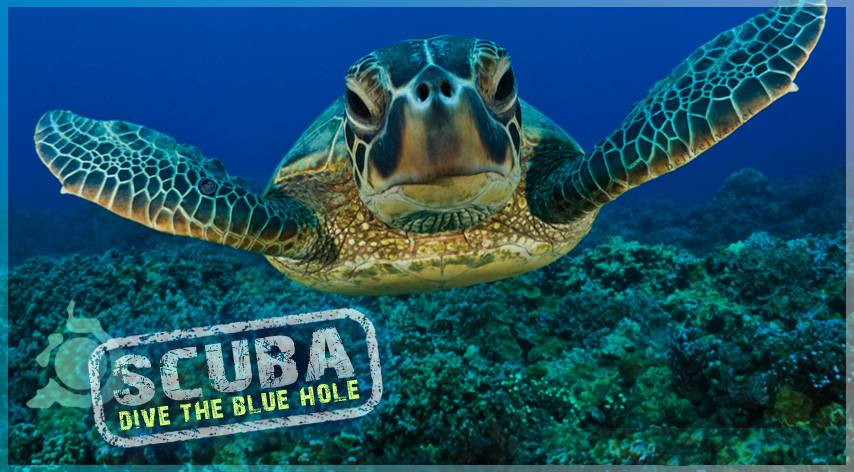 You’ve probably seen aerial shots of this large underwater sinkhole.  This world's largest feature of its kind was formed as a limestone cave system during the last glacier period when sea levels were much lower and flooded as the ocean began to rise again. Although it may not be the best dive in Belize,  The Great Blue Hole natural wonder laying  at more than 300 meters (984 ft) across and 125 meters (410 ft) deep, located near the center of Lighthouse Reef, a small atoll 100 kilometers (62 mi) from the mainland certainly ranks among the most popular. The Great Blue Hole is a famous scubadiving spot, but every year in February the scubadivers get some company...... 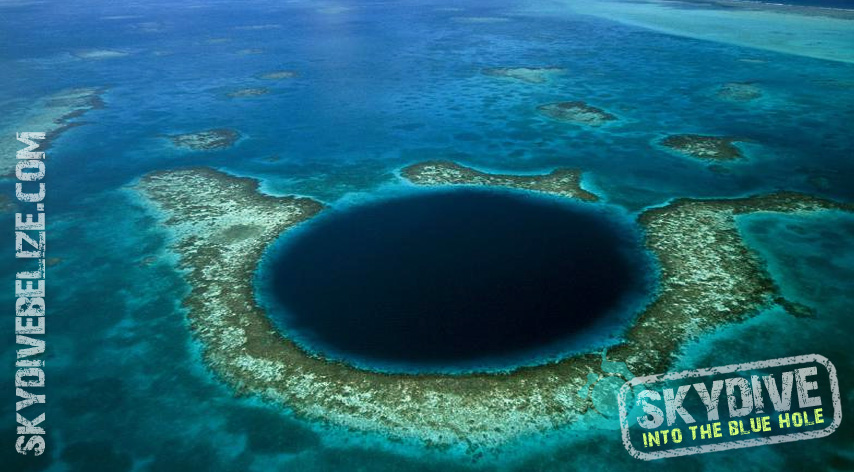 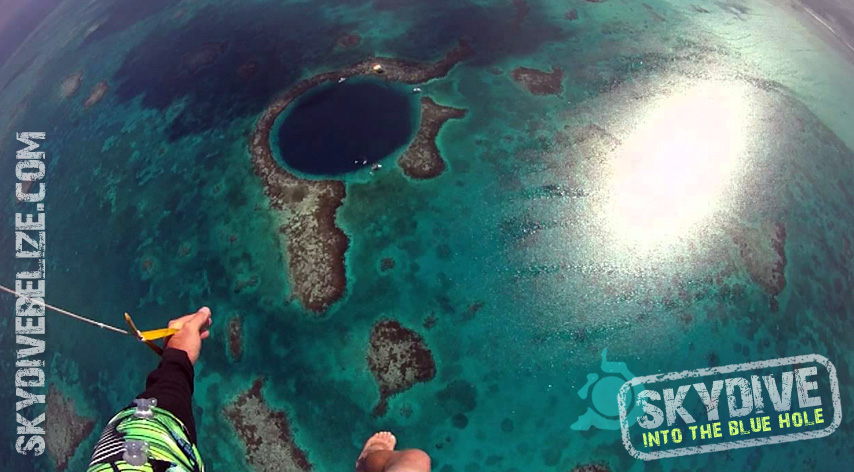 The very first Blue Hole skydive was organized by Rich Grimm in 2005. (editor's note: Rich Grimm is also the owner of Tsunami Skydivers from Oceanside, CA). He was discussing the Blue Hole with Fred, one of his California jumping pals before the trip. They both decided that not only would the jump be a once in a lifetime skydive, but the video and photos would be spectacular! Rich, Fred, Fred's wife Janet, Steve from England, Derek, Andy, Doak and Randy were all filmed on that epic first jump by world renowned skydiver Andy Farrington! What an adventure! 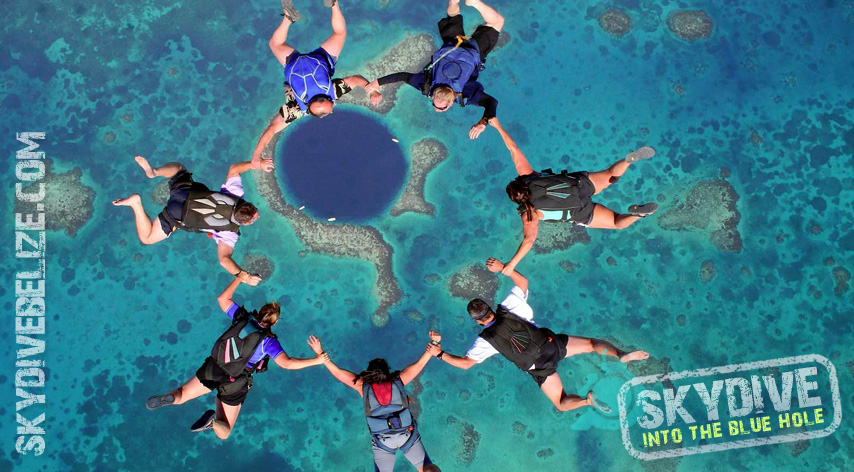 Rich has made numerous skydives over and into the Blue Hole. He is now offering the general public the opportunity to enjoy the thrill of making a tandem skydive miles out into the deep blue of the warm Caribbean sea. Your trip can be as much or as little as you would like to do, however it will be culminated with a skydive over the Blue Hole, with a water landing next to the dive boat, followed by a thrilling SCUBA dive! 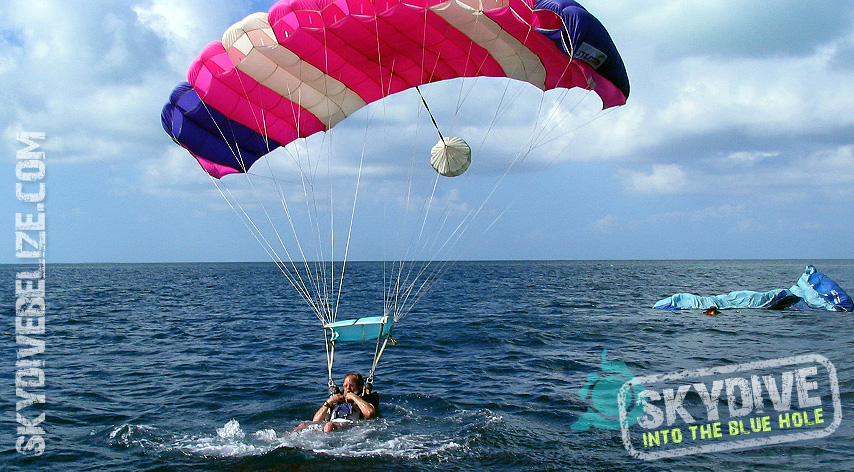 For more information go to Blue Hole Skydive Adventure website or get in touch with Rich at tsunamiskydivers@gmail.com

Would it be possible for you to send me the information, Thx