WWL has released a brand new series of videos capturing some of the best wingsuit pilots in the world who attended the last World Wingsuit League event in China. The episode one stars Julian Boulle, one of the most experienced pilots in the world. Parachuting since he was 17 years old, he has just reached 14,000 skydives, 1,500 BASE jumps, and more than 2,000 combined wingsuit flights from aircraft and fixed object. Check out his edit where he talks about his experience of the race, and how it felt to be crowned the champion!
26. 2. 2015 Comments: 0

Julian Boulle hails from South Africa and he was the winner of the first China wingsuit grand prix in 2012, he came 5th in 2013 and in 2014 he became the first two time winner of the China grand prix. He's best known for jumping with WWL competitor Noah Banson from the world’s tallest building, the 2,700-foot-plu Burj Khalifa in Dubai, and works at Skydive Dubai as a tandem pilot, freefall instructor, wingsuit instructor-examiner and aerial videographer. 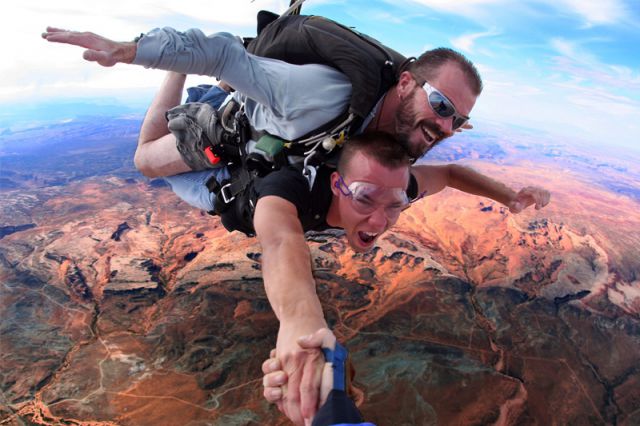