You know the feel very well. You only start doing it and immediately feel that this is what you were looking for, the missing puzzle of your life. It took one jump for Michale Lemay to get him addicted more than ever to skydiving so when he met another skydiving enthusiasts Rene Presse and Daniel Paquette, things caught fire. When relative work known as “RW” or “Belly Flying” appeared on the competition scene Michel and René got hooked up not long afterwards. After winning the Canadian relative work championships, Michel and Daniel joined the Canadian national team. Another success came shortly after; they won the World Cup twice, in 1983 and 1984. One thing led to another and in 1990, the long-time friends decided to open Nouvel Air Skydiving, the largest and most recognized skydiving center in Canada today.
12. 12. 2015 Comments: 0

Nouvel Air could be marked as pioneers of skydiving in Canada, they were one of the first dropzones in Canada to offer tandem jumps. Located in the suburbs of Montreal, Québec, it didn't take Nouvel Air long to became the largest dropzone in Canada. With national success under their belts, Nouvel Air has quickly gained reputation among the skydiving community and has become the most important parachuting club in Canada since 1993, training several thousand new jumpers every year. 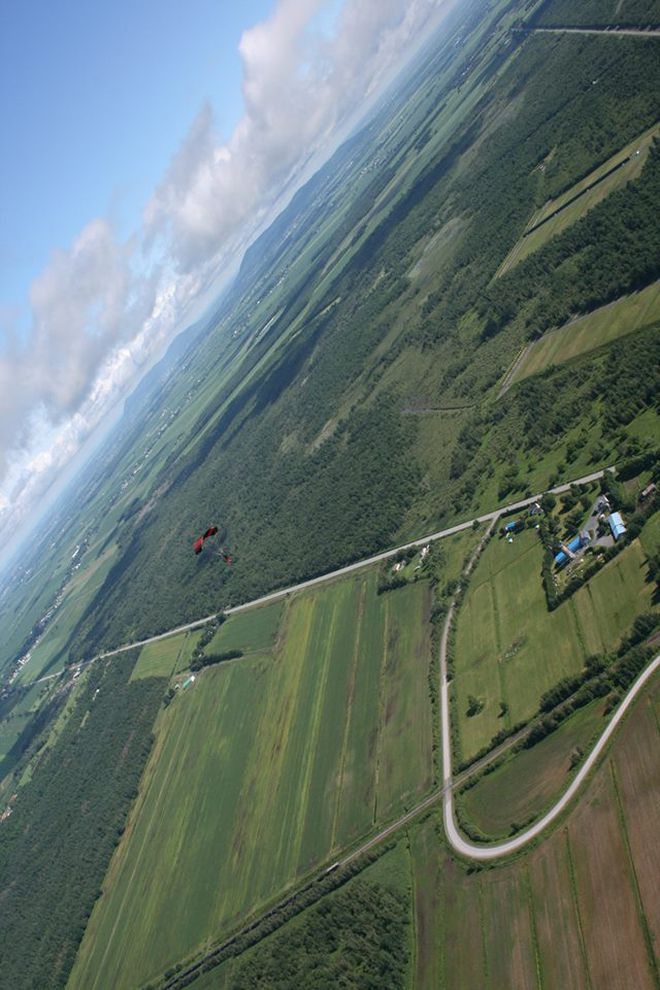 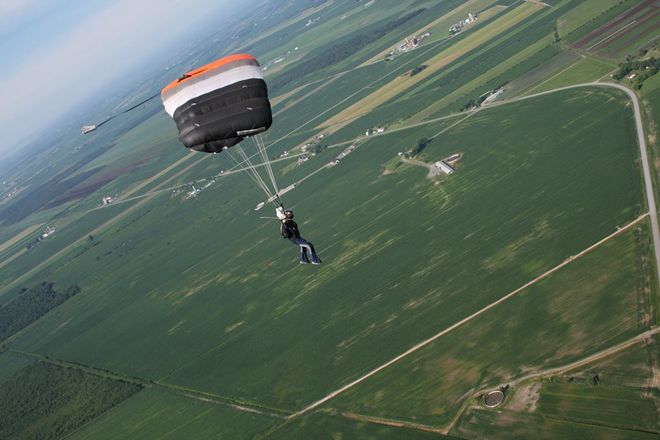 Today, Nouvel Air Skydiving is composed of highly qualified instructors and hundreds of regular jumpers. Every summer, the dropzone makes it possible for thousands of people to make their first tandem jump, and regular jumpers make more than 15,000 skydives per year. 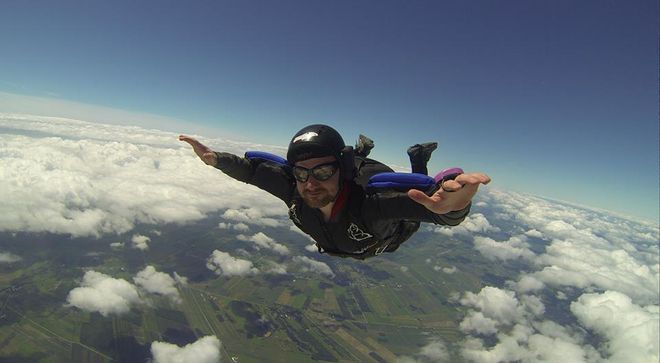 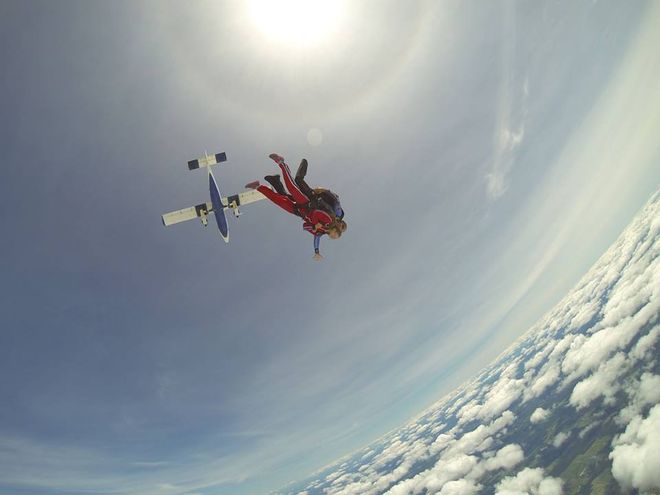 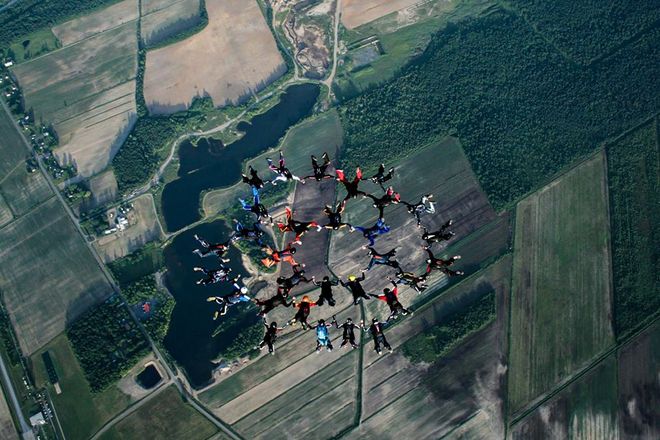 Located just outside the Greater Montreal Area, just half an hour away from downtown, the dropzone is situated in the city of Farham built on the shores of the Yamaska River, at the border of the Saint-Lawrence lowlands. The river is probably the only prominent geographical feature you'll get to see when jumping out of the two Nouvel Air's aircrafts from 13,500 feet altitude but scenery isn't really the reason why divers flock to Farham; it's the professionalism, knowledge and the most experienced instructors in the country that make the difference. 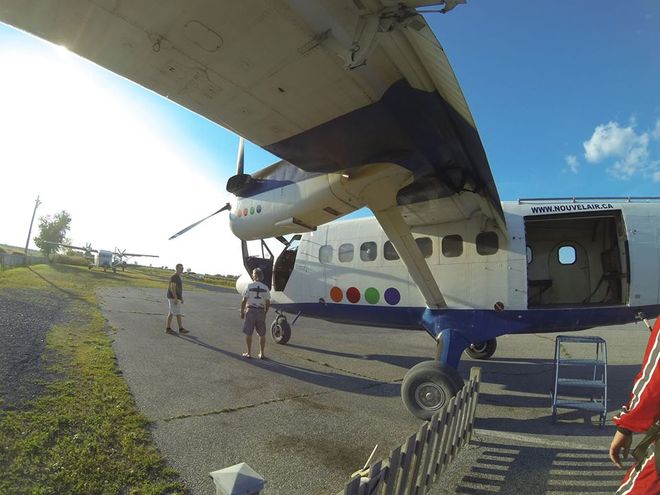 So whether you take up into the sky in the Twin Otter that reaches an altitude of 13,500 feet in a record time of only 15 minutes or the Beech 18, a versatile classic the company chose when it established the dropzone in the 90s, one thing is certain: you can't be in safer hands.

After you land, in between jumps, or during a course, you can use any of numerous on-site facilities. The main building and grounds were renovated in 2011 and inside you'll find a large, indoor, well-lit and cooled-off room for packing canopies, the P.F.F. students’ room, classrooms, multimedia corner, washrooms, restaurant, viewing room and more. Nouvel Air has achieved a lot during the last 20 years; Daniel Paquette, Michel Lemay and his three sons, Benoit, Vincent and Martin are constantly pushing the envelope be it their courses, facilities or their Canadian National skydiving team Evolution that is close on the heels of the world's leading FS teams, Hayabusa and Arizona Airspeed. If you live in Montreal and would like to become a certified diver, this is the place to go.