Tim Joyce and his business partner, Phil Onis have been involved in setting up skydiving in Fiji for almost ten years. At present they offer novices the opportunities to experience a freefall skydive from up to 14,000 feet over the beautiful Denarau Island. There is also the option to land onto the beaches of participating resorts.In the future they hope to be able to offer tandem skydives landing at resorts on the Coral Coast and in the Mamanuca Islands.
2. 7. 2013 Comments: 0 Photos: 12

Tim is the on site manager for Tandem Skydive (Fiji) Limited. Tim did his first parachute jump at the age of seventeen and has been a skydiving instructor for nearly eighteen years. During his skydiving career Tim has been involved in a number of international skydiving competitions including skydiving formation record attempts in Indonesia and Thailand. In 1992 he was a member of the Australian champion parachuting team, ‘Precision Collision’ which represented Australia at the World Championships in China and broke a number of Australian records. Tim was also on Australia’s largest freefall formation of 81 skydivers, a record set in 1999. He is a life member of the Australian Parachute Federation, has an APF Instructor B rating for Accelerated Freefall, Static Line and Tandem student training and is a ‘Licensed Display Organiser’ with over 3,000 jumps. 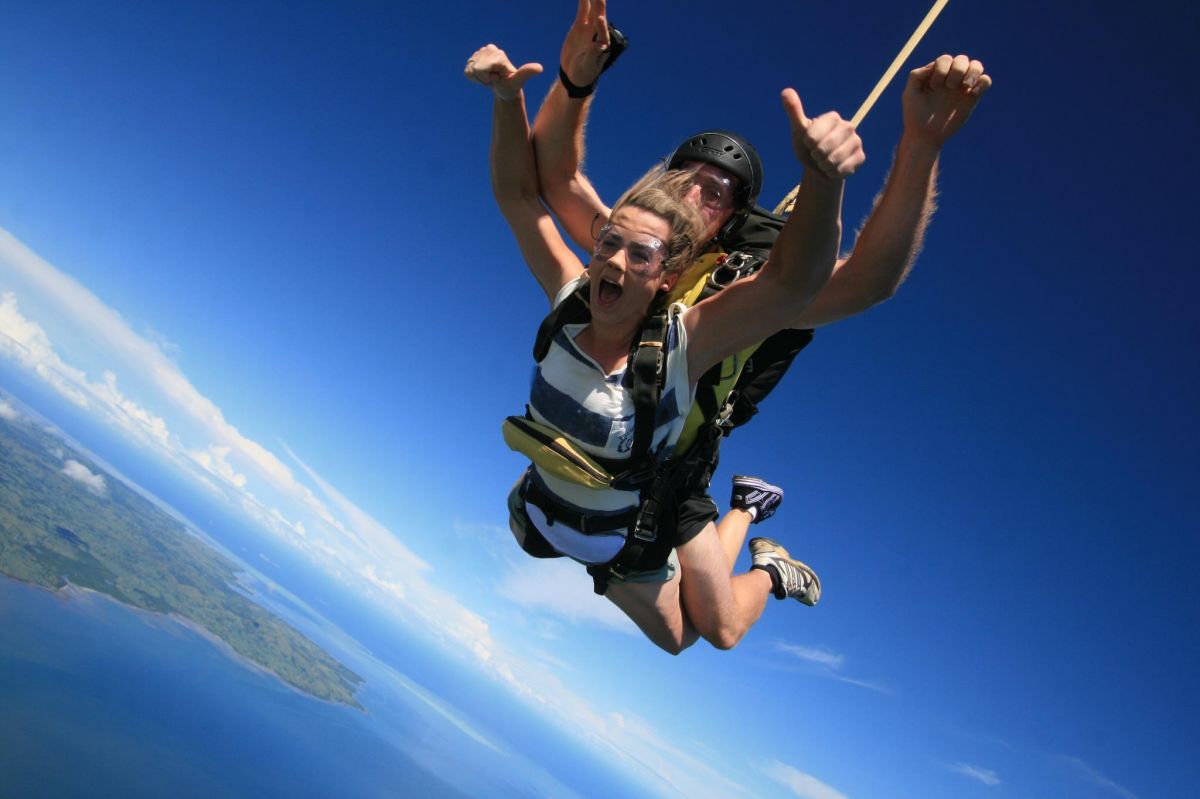 Tim Joyce is one of the most qualified pilots in Australia and Fiji with Air Transport Licenses for both helicopters and aeroplanes and is also a Chief Flying Instructor for helicopters with over 14,000 hours flying experience. Tim’s flying career has taken him to the jungles of Papua New Guinea, The Solomon Islands, Burma and India where he was involved in specialist helicopter long-lining operations in support of oil exploration and the construction of power lines.

He has had extensive experience in helicopter fire fighting, aerial filming and television work and has specialised in coordinating aviation stunts for the film industry. These have included riding the motorbike out of the back of an aeroplane, flying under the Sydney Harbour Bridge, bungy jumping from a helicopter and many others. Tim’s flying career has placed him in a number of precarious situations. Probably none of them as dramatic as the time he and his helicopter was hijacked and forced to ‘rescue’ a notorious criminal from Sydney’s Silverwater jail in a hail of gunfire from the prison guards.On 8 June 2004 he flew our especially modified skydiving aircraft from Australia to Fiji via New Caledonia and our tandem skydiving operations commenced soon after.

Ever since he was a small child Tim has been fascinated by flying. Throughout his career he has been involved in many facets of aviation from multi-crew instrument helicopter and aeroplane flying, aerobatics, gliding, ultra-lights, hang-gliding, ballooning and skydiving in countries all over the world. He says that skydiving, where you are flying your own body in freefall, is the ultimate in flying.

You can jump from 8,000 feet, go 'radical' to 10,000 and double your freefall time, 'extreme' at 12,000, else become a legend' on your very first jump at 14,000 feet. For tourists staying on one of the outer Islands such as Malolo, Mana or Tavarua? There is nothing better than stepping out of a plane at up to 14,000FT right over the Island you’re staying on and then floating right back down for landing only a walk away from your room.

As the company is going to celebratate next year, they will be running a Boogie in May 2014 for the 10th Anniversary of Skydive Fiji.

Skydive Fiji is operating an especially modified Cessna aircraft which has been fitted with a large Continental IO-550 fuel injected engine to enable it to climb quickly to high altitudes. This large engine coupled with a three bladed propeller also means that the engine operates at a lower RPM on takeoff dramatically reducing engine and propeller noise. 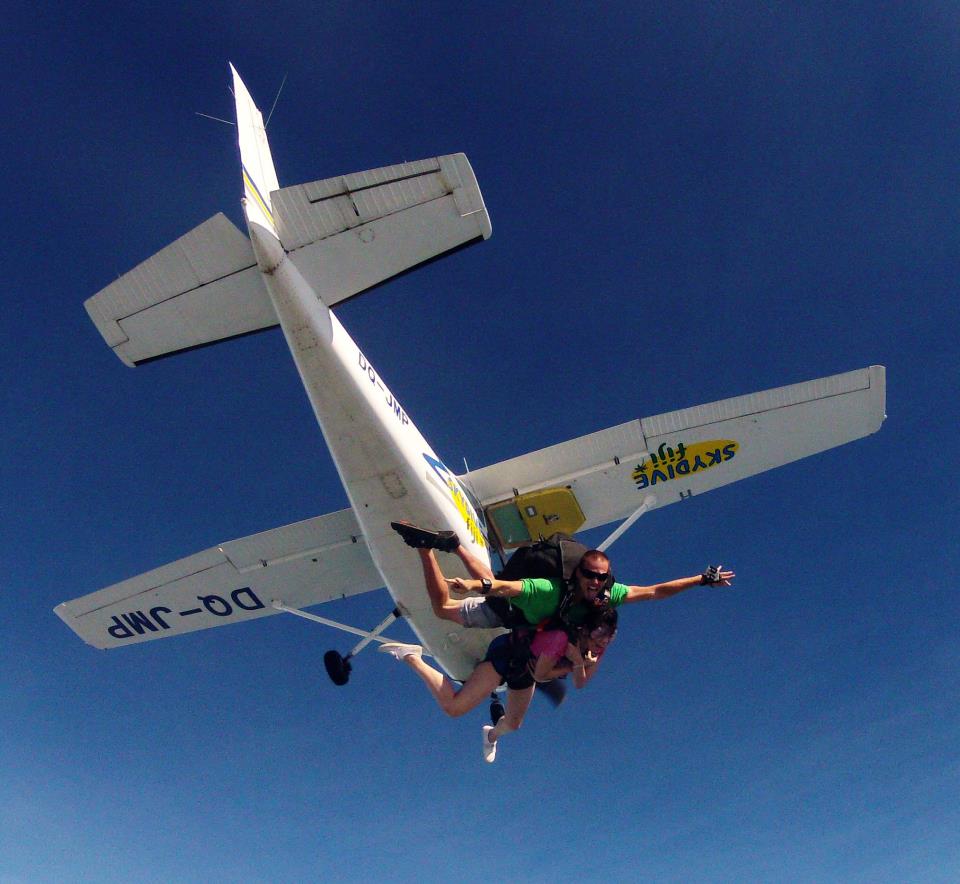 The Cessna is also fitted with custom made in-flight opening door which not only enables comfortable skydiving operations but is ideal also for search and rescue operations and aerial photography. Skydive Fiji’s aircraft carries up to five skydivers. It allows two tandems and an extra camera person on each load.

To get additional information just go to:     www.skydivefiji.com.fj

Source: Skydive Fiji website and FB profile  Thanks to Tim Joyce for approval. All images are property of Skydive Fiji.  Video: Youtube.com 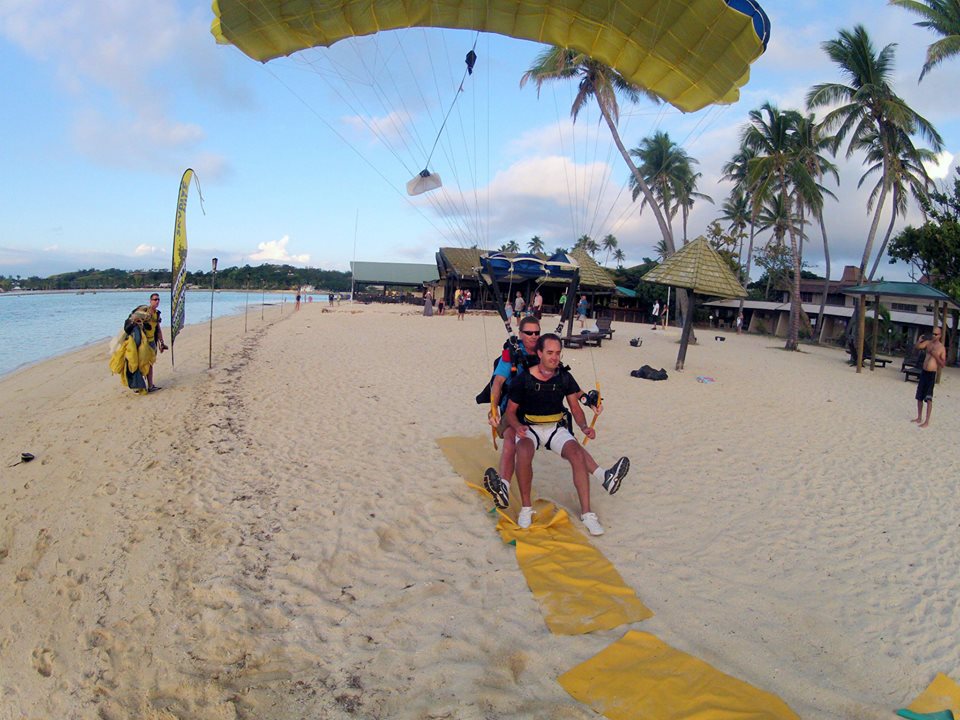 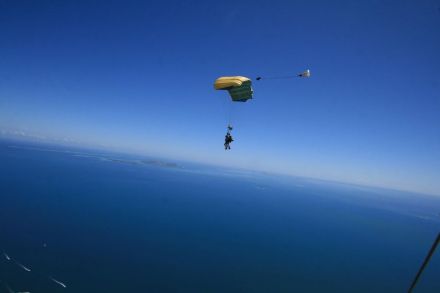 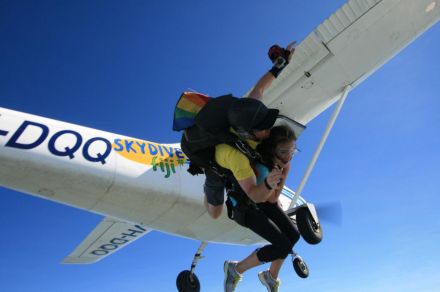 Adrex.com continues in its search of the best dropzones in the US. One of the long-running skdydive centers in the East North Central, the Chicagoland Skydive Center (CSC) is Chicago's original dropzone, founded in 1968 in Hinckley, Illinois. Currently relocated in nearby city Rochelle at Rochelle… 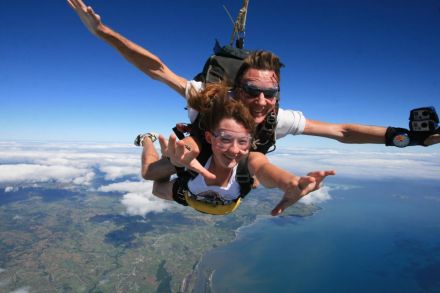