The Mother of All Boogies (M.O.A.B.) began 11 years ago when veteran skydivers came together to create a boogie unlike any other in the sport. The idea was to develop a boogie that combined the best that Moab, UT has to offer with our incredible sport of skydiving. Can you imagine skydiving into a canyon and then being able to take a jet boat tour on the Colorado River out of that canyon? Or, land on top of a mesa, surrounded by canyon views, and be picked up in a fully customized vehicle for an extreme 4x4 tour back to civilization? Only in Moab is this not only possible, it's happening!
14. 9. 2015 Comments: 0 Photos: 10

The Mother of All Boogies has found success in building off the desire of skydivers for bigger, better, more stunning skydives. Turbine aircraft are not big draws like they were 10-15 years ago; they have become common, even expected at all boogies. Now, to find success and longevity with a boogie the offerings must be unique and unlike anything else that you can find at any dropzone. 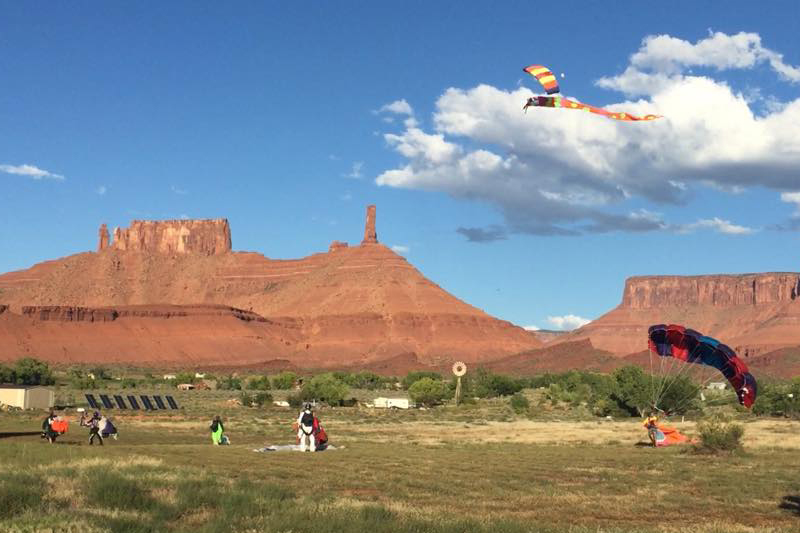 So What's New This Year?

The 2015 M.O.A.B offers 3 off-site skydives into remote locations in addition to on-site skydives out of 2 Twin Otters at Canyonland Field airport and helicopter skydives from an R-44. The first off-site skydive will be into Mineral Bottom canyon. Skydivers depart the airport and jump into the canyon landing next to the Colorado River. The plane will land on a dirt strip alongside the river to pick the skydivers up for a flight back to the airport where they will jump and land back where their adventure began. Gemini Bridges off-site skydive will allow skydivers the opportunity to exit over stunning canyons and land on top of a mesa. There they will be picked up by Extreme 4x4 for a tour out of the rugged terrain and back to the airport. 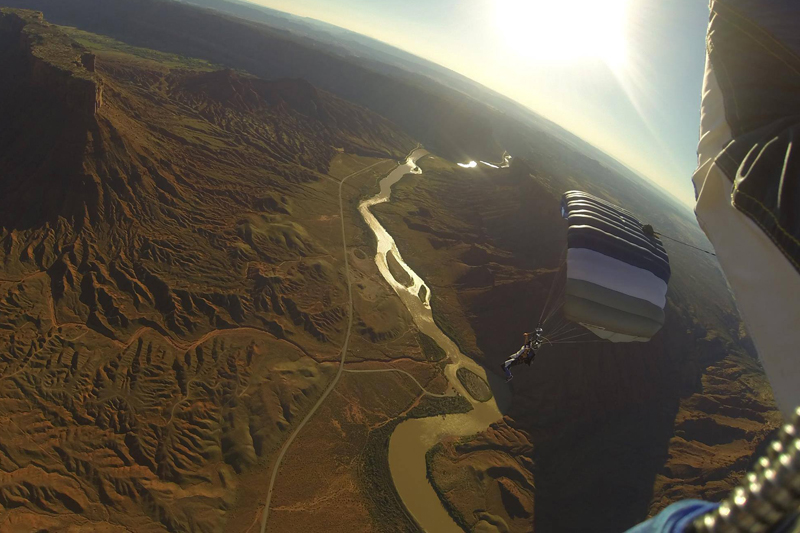 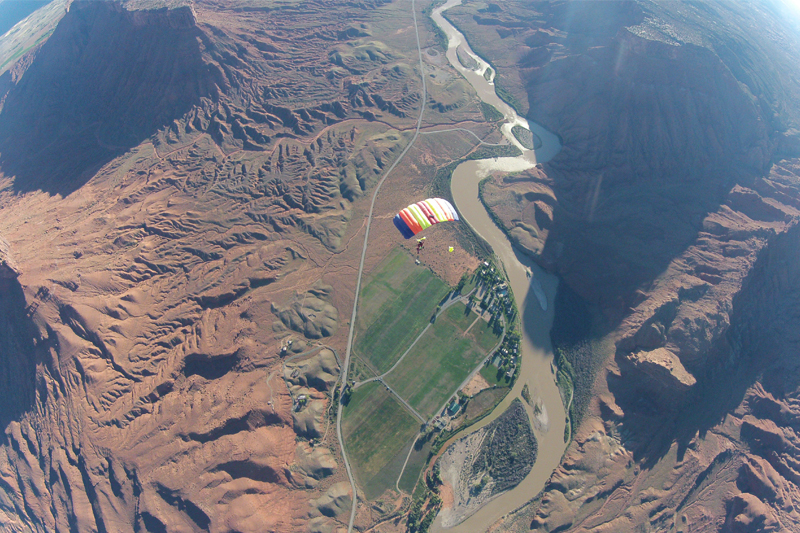 The third off-site skydive, into Sorrel River Ranch, offers the opportunity to combine skydiving with luxury. Skydivers will jump into a 5-star resort nestled in the canyon along the Colorado River and land next to the restaurant and lounge. There, they will enjoy high-end food and beverages on the river deck of the resort while taking in the sunset. To return to the airport skydivers have the option of taking a jet boat tour with Moab Jett on the Colorado River or taking advantage of the shuttle over land. 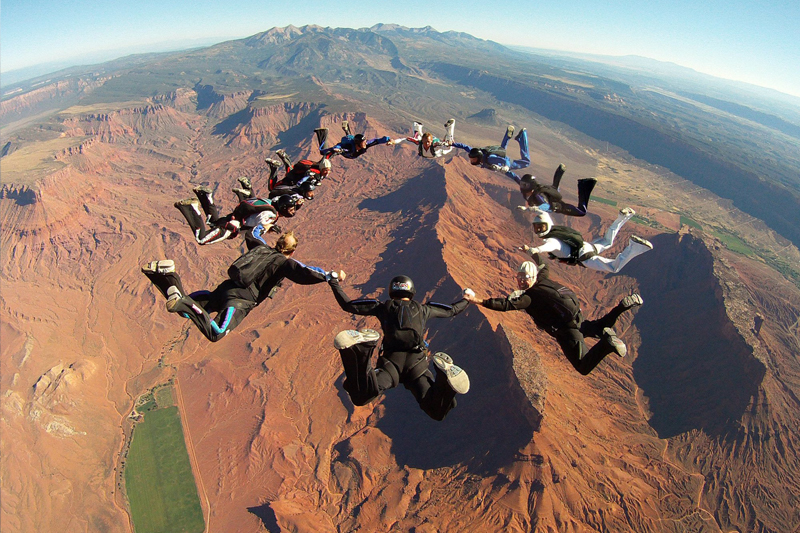 The Mother of All Boogies is not only for experienced skydivers. Those who wish to enjoy the thrill of skydiving will be able to do a tandem skydive on-site with experienced United States Parachute Association rated instructors. In addition, skydivers have to freedom to enjoy skydiving during the boogie while their non-skydiving significant others or family members explore Moab, UT through mountain biking, rock climbing, rappelling, hiking, white water rafting and so much more! So save the date, September 24-27, 2015. 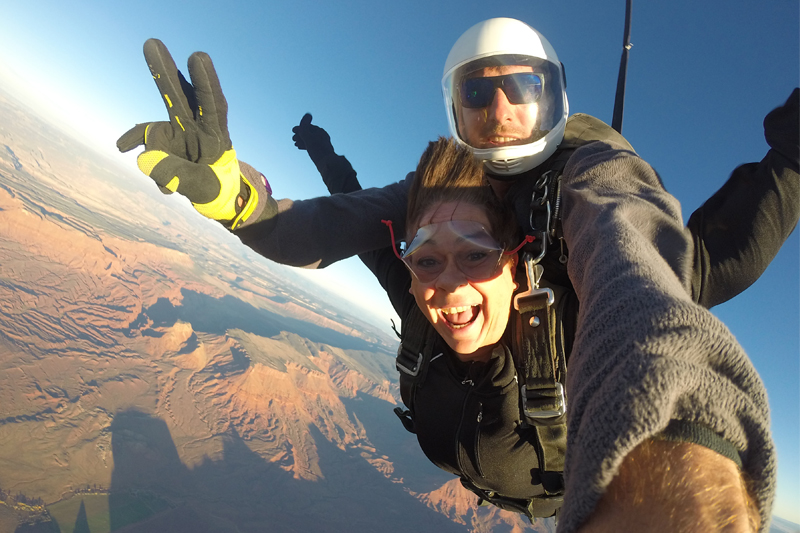 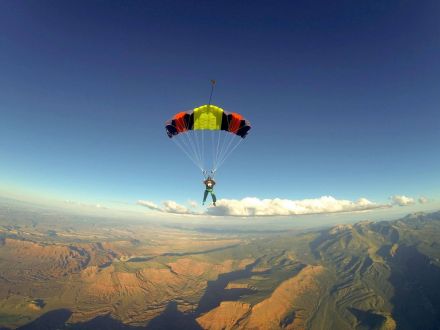 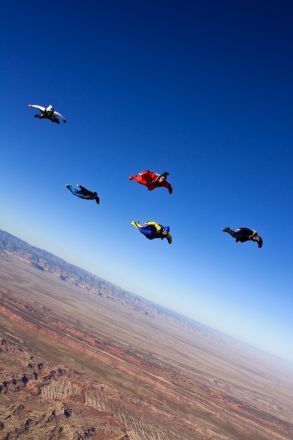