When Desire is Followed

Mike Burgess was a successful banker when he first started to skydive. He quickly began to realize after staring out his office window that he would rather be skydiving instead of sitting behind a desk all day. So he quit his job to start living life and became a full time skydiving instructor. Jeff graduated from the Ohio State University with a degree in accounting. He realized throughout school that sitting indoors day after day was not living life. And as the old saying goes:" Life is ten percent what happens to you and ninety percent how you respond it", the "life" teamed up those two together.
20. 1. 2015 Comments: 0

Mike grew up in Baldwinsville, NY and started skydiving in 1992. He worked in sales and marketing for a local bank while skydiving on the weekends. In 1997 he decided to leave banking to follow his love of skydiving and moved to Las Vegas to become a full time skydive instructor. While visiting and working at skydive centers around the country Mike found that many were lacking quality instruction and continuing education for their instructors. 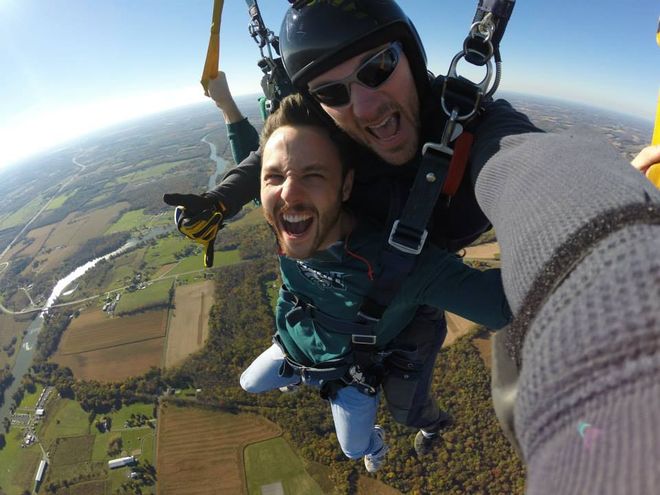 Jeff Whitt, also known as "Fluffy", the Chief Instructor at Skydive Central New York with over 6000 jumps under his belt, grew up in central Ohio where he began jumping 7 years ago. With similar approach to life and his future being  similar to Mike's, he had decided to  pursue skydiving instead of accounting - the idea of the unappealing prospect of sitting behind an accountant's desk all day was far less appealing than his overwhelming love and desire to skydive. 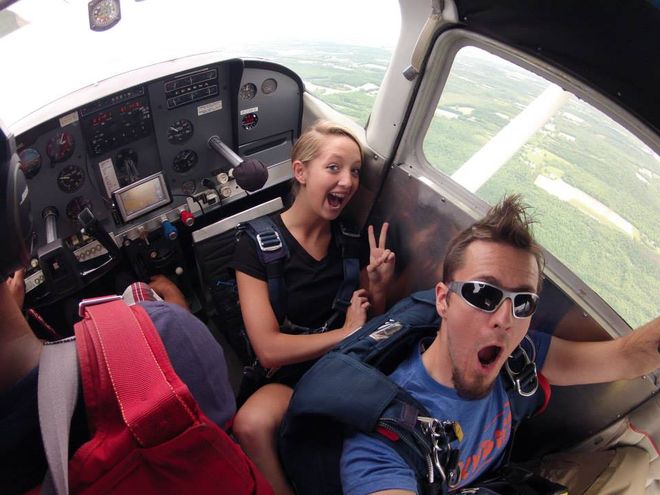 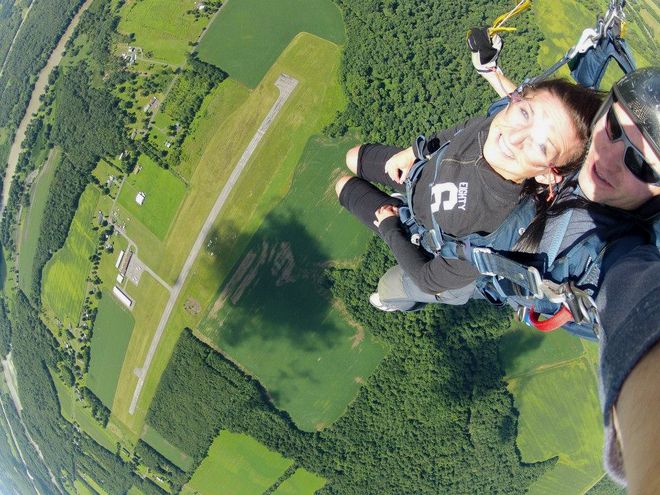 over the drop zone

The rest is a history - fortune favors the brave thus it happened Skydive CNY at Whitford's Airport in Cayuga County, New York was created, not only to bread better skydivers.

Mike's philosophy is simple, "To provide the safest skydive training with the best instructors using the most advanced instruction and coaching methods available." True to this statement, all of Skydive CNY's  instructors are carefully chosen by Mike, from many qualified applicants, for their outstanding commitment to safety and customer satisfaction. 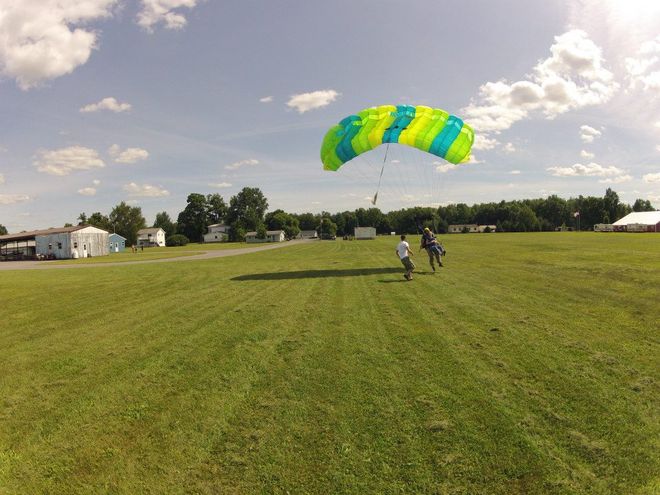 Whether your goal is to only make only one jump, get your skydiving license or become a skydive instructor, Mike, with 16,400+ total jumps under his belt and his team are willing to share their experience with you to help you meet and exceed your skydiving goals.  So why would you want to skydive anywhere else? 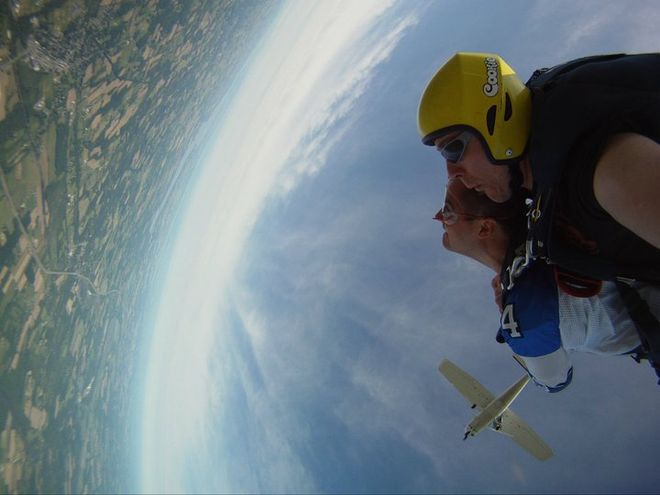 Please note that the centre is closed mid-November thru mid-April. During the Summer the best time to call in is Tuesday - Friday in the morning and early afternoon.