The whole world of Bungy Jumping celebrates the impressive milestone today. Queenstown’s AJ Hackett Bungy blew out the candles on its 25th birthday cake today (Tuesday 12 November) with a massive birthday bash that didn’t disappoint the thousands who flocked to be part of the big day. “Although we’ve been going an impressive 25 years, we feel like Bungy’s only just begun,” said AJ Hackett, the sports legend. AJ Hackett Bungy pioneered this crazy adrenalin activity in November 1988 at the Kawarau Bridge in Queenstown, New Zealand.
12. 11. 2013 Comments: 1

The Kawarau Bungy Bridge 25 years after its commercial bungy opening.

Bungy jumping was ‘born’ when AJ Hackett saw a video of Bungy jumps performed by the Oxford University Dangerous Sports Club. Realising that others would gain a huge sense of achievement and large adrenalin rush, AJ and friend Henry van Asch set about developing and testing Bungy cords with the help of Auckland University scientists. The pair then developed a Bungy Code of Practice,  providing the framework for the New Zealand/Australian Bungy Jump Standard - the company was the first in the world to be awarded the 'S' Mark for Bungy jumping. 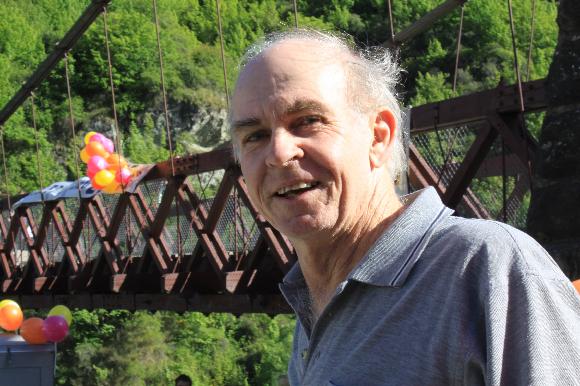 Despite the sceptics, AJ Hackett Bungy opened for business with a 30-day licence from the Department of Conservation. Many successful years later, AJ and Henry went their separate ways in 1997 -- Henry owns and operates Bungy sites in New Zealand and AJ owns and operates other sites around the world as AJ Hackett International. 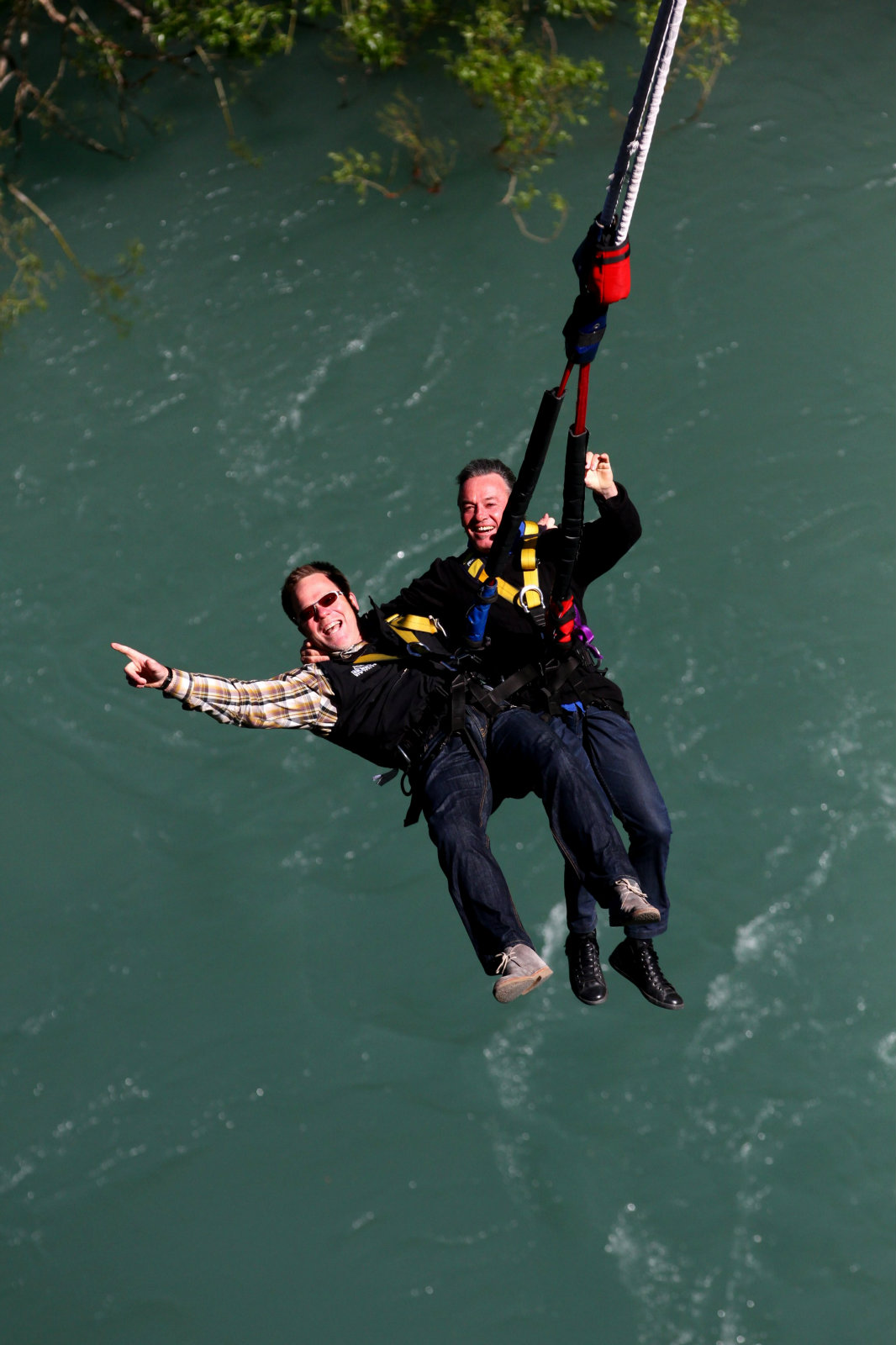 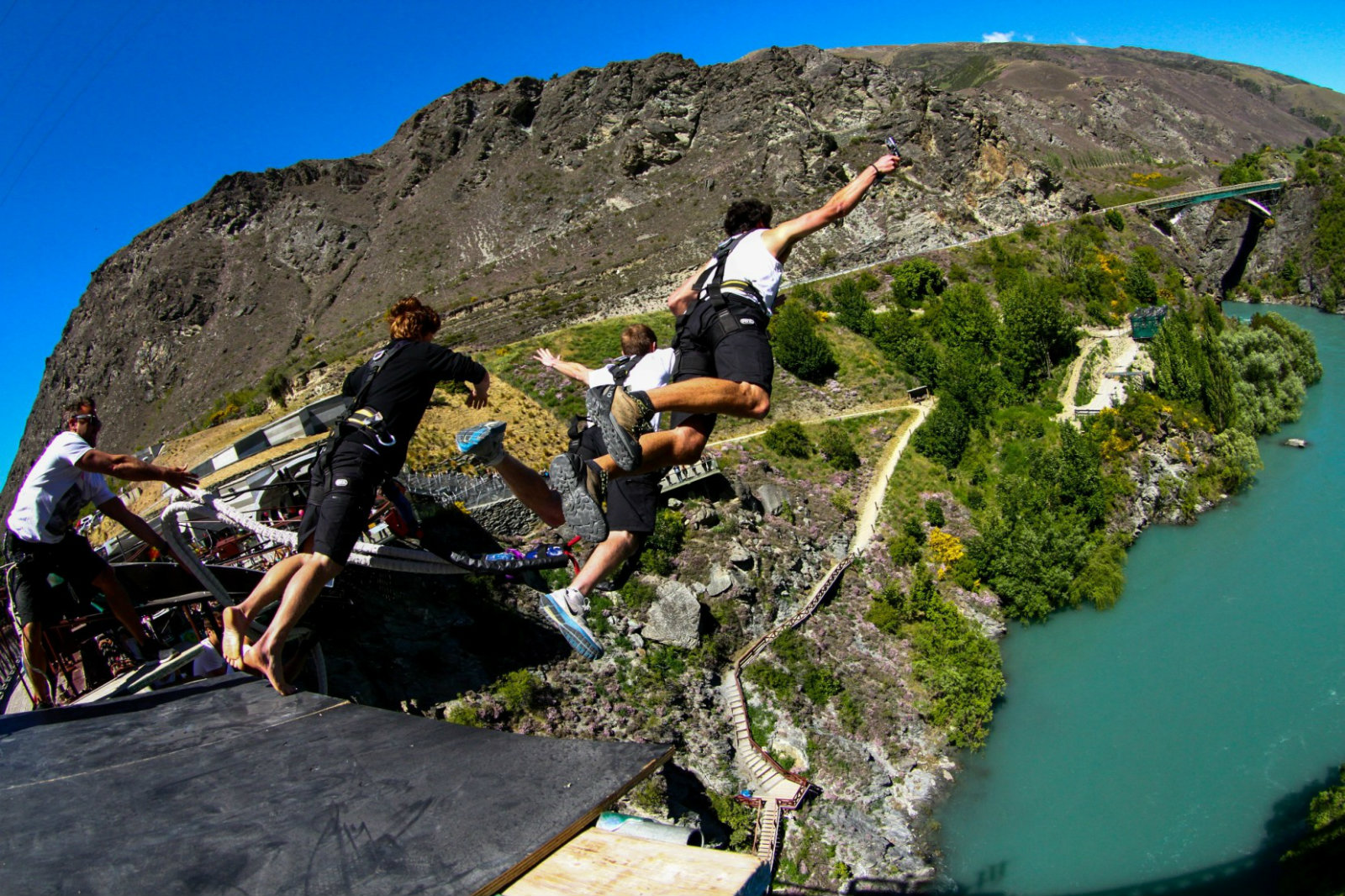 AJ Hackett Bungy is an iconic New Zealand tourism brand and prides itself on being a world leader in challenge and adventure, continuing to exceed expectations for staff, jumpers and the tourism industry. 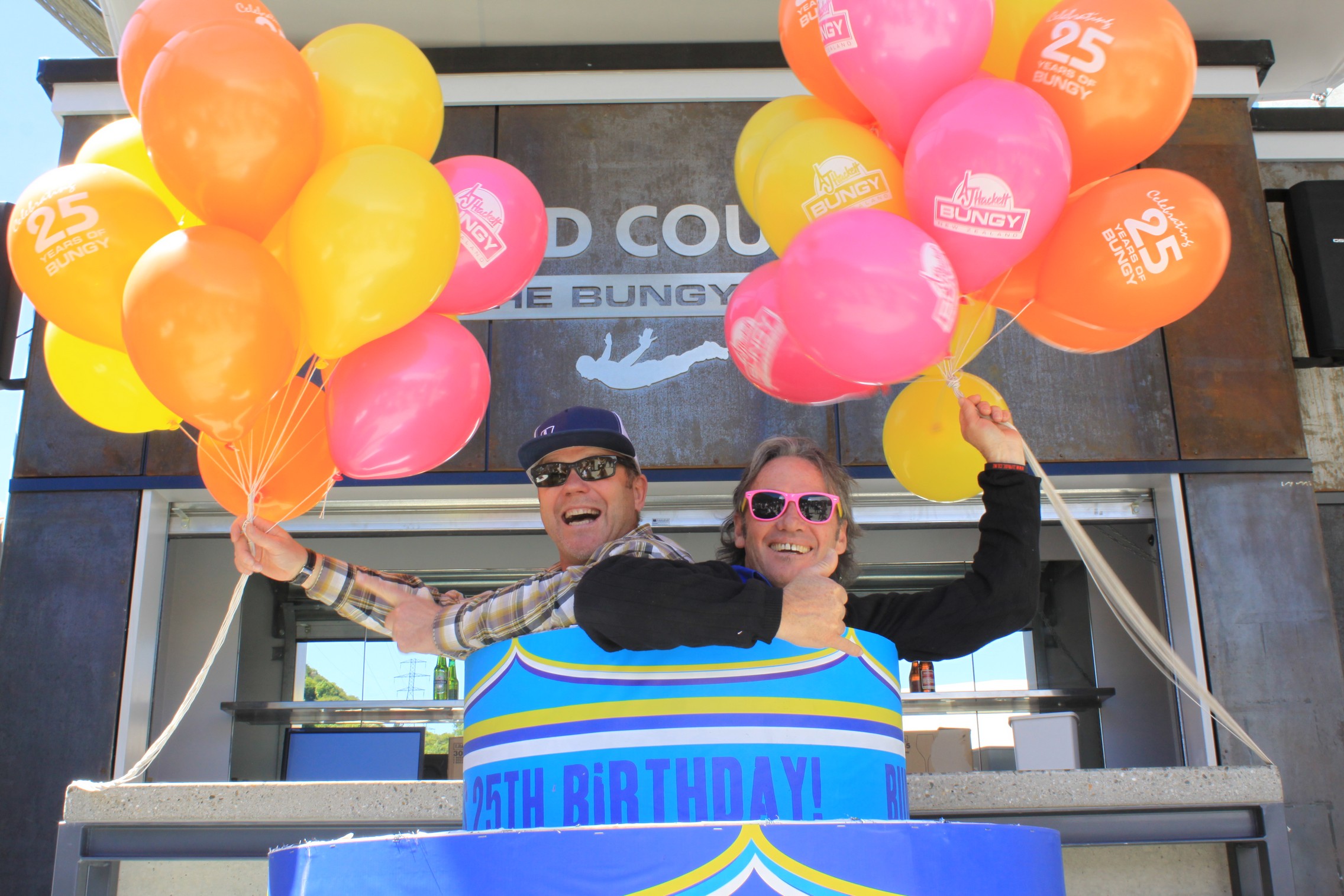 There’s so much more to come. We’ll certainly be here in 10 years and already today we’ve been brainstorming some new ideas,” they said. Birthday celebrations continue long into the night, culminating with a VIP invite-only party at the Kawarau Bridge later this evening (Tuesday November 12). “It’ll be a great evening and we can’t wait to celebrate with staff, family, friends and everyone who’s been such a huge part of this incredible journey”, said Henry van Asch.

Thanks to Katie Macpherson. (Bungy.co.nz)

Fantastic, It's adventure game, but very interesting. You should try this game