Adrex.com´s first South American bungee location registration is here. Let´s zoom in a perfect bungee site located in one of the most sought after tourist destinations in the world. Action Valley is an adventure park in the Peruvian Andes, just outside of Cuzco. The city of Cuzco is considered the historical capital of Peru since its ancient Inka Empire trace and literally millions of people visit this place every year. An impressive 122 m (400 ft) high bungee site, the first and only in the country, was established in 2001. Part of the park is also a bungee slingshot, paintball and a 10-meter climbing wall.
11. 4. 2014 Comments: 0 Photos: 4 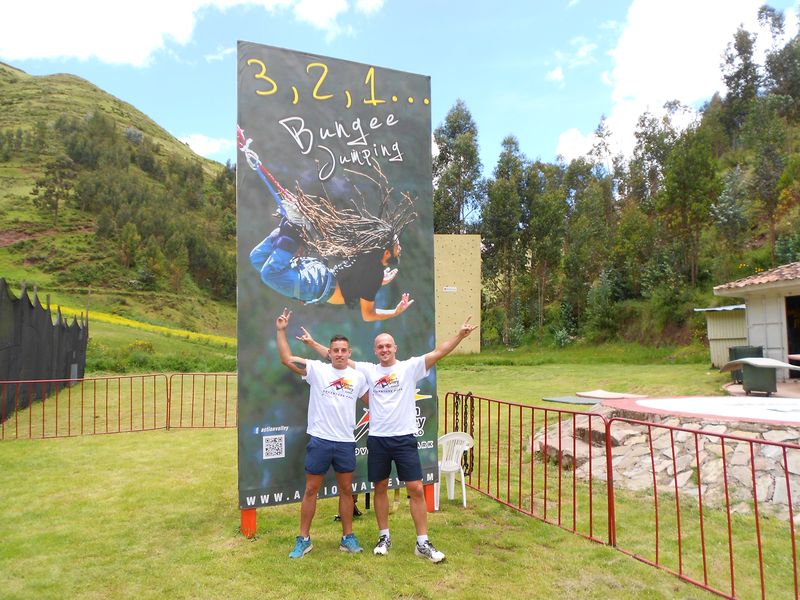 The bungee jump in Cuzco is considered the highest one in South America. Its location is in the Action Valley Adventure Park, 3,600 meters above sea level. The adventure begins by stepping into a cage suspended between two mountains through high resistance cables that work as suspension bridges. The cage is lifted up to 122 meters thanks to a hydraulic winch. 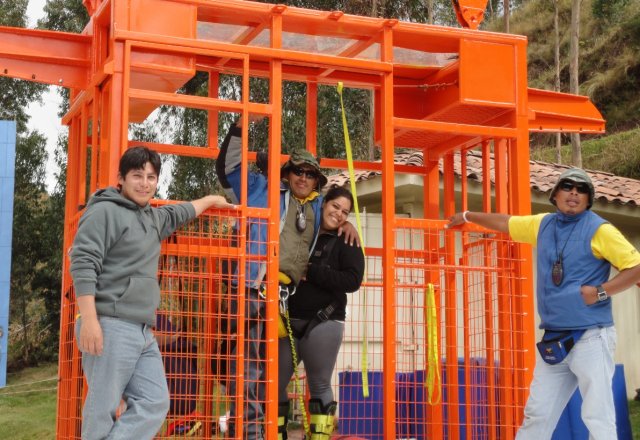 The jump is performed with a semi-elastic bungee cord especially designed for this activity. The semi-elastic cord can stretch to a maximum of 107 meters and has the capacity to resist over two tons impact. Each jump is registered by the park staff, making sure the cord's usage is in accordance with the safety norms. When the maximum jumps are reached, the crew make sure the cord is completely destroyed and cut into pieces so it can't be used ever again. Therefore, the crew can guarantee that their equipment is in a perfect condition any time. 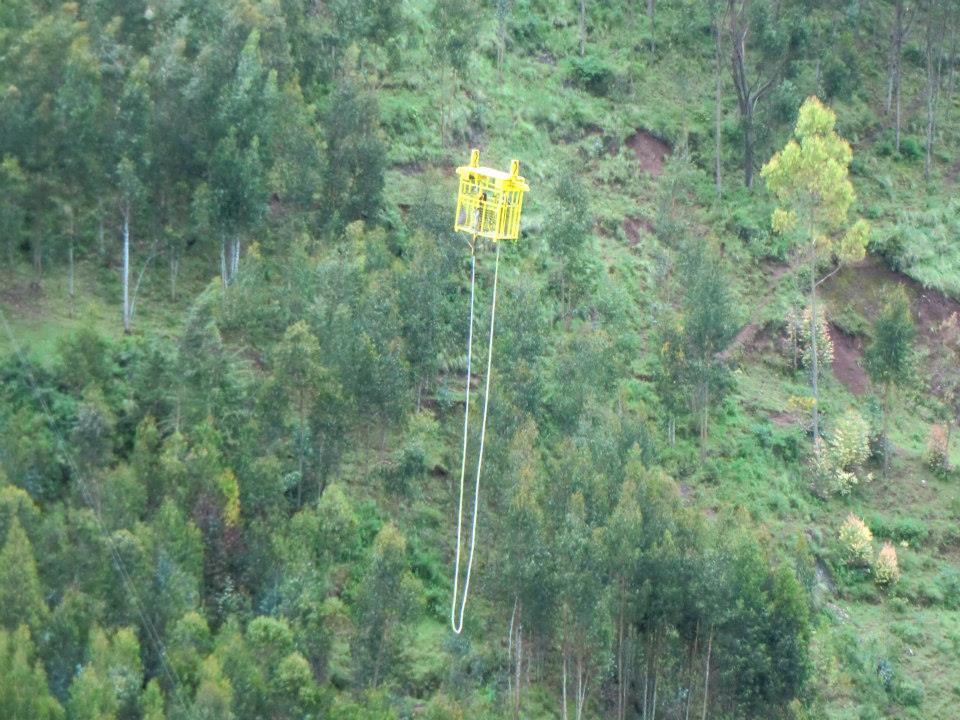 The cage will carry you up to the sky within 3 minutes from where you enjoy a nice surrounding facing Peruvian landscape view. Are you ready? Find the place on the map of Adrex.com Locations... 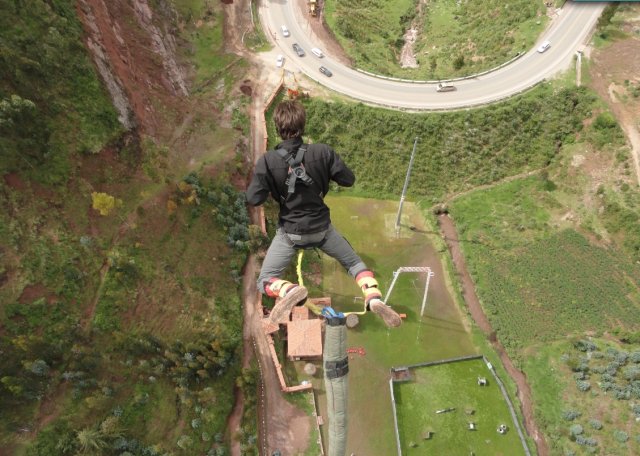 Sunday to Friday, from 9am to 1pm / 1:30pm to 5pm
The park is closed on Saturdays due to maintenance. 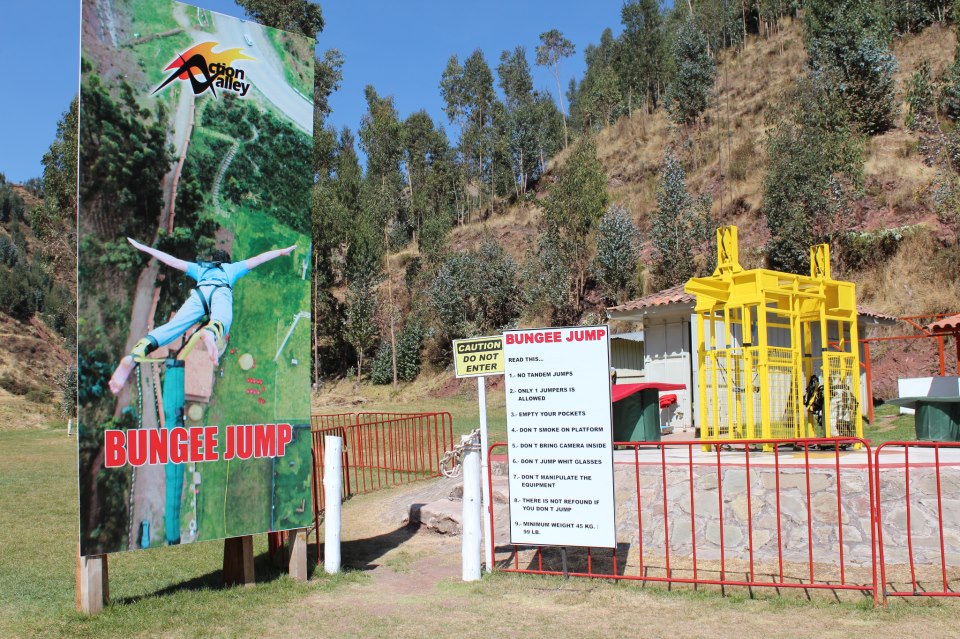 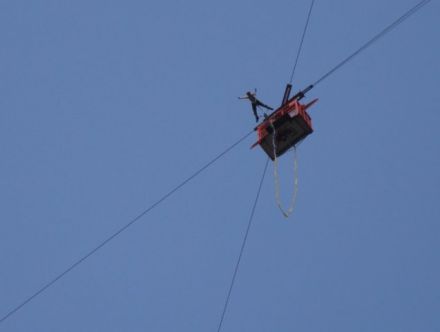 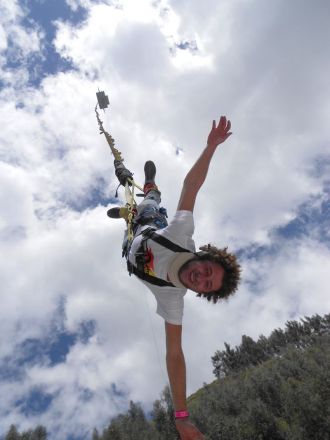