It is not always just a matter of height but a location when it comes to bungee. Nothing can beat the feeling of performing our beloved activity in the environment that is unique in its own way. Adrex.com found a place that has both; a unique surroundings and thrilling height. The Great Canadian Bungee Corporation (GCB) had searched long before they found a place with such an identity. They also wanted the bungee site to be a world-class. The Morrison's Quarry, located in Wakefield, Quebec, has filled the bill. And that's how the GCB's bungee site, aptly named "The Rock", was born. After 20 years in business, "The Rock" is still one of the highest jumps in North America and continues to provide the thrill-of-a-lifetime for thousands each year. The location is also one of the region’s most popular scuba diving training sites. Sounds like a cool place? Let's find out more.
30. 4. 2014 Comments: 1 Photos: 10

The Great Canadian Bungee Corporation, (GCB) was founded in 1990 by President, Matthew Lawrence BA, MBA, and opened for business 14 months later. Matthew, was first exposed to bungee during its founding years in 1988, while in New Zealand. Matthew was later formally trained in bungee by Peter and John Kockelman of Bungee Adventures, California. Some of you migh saw the GCB on TV as they appeared in popular TV's shows, such as "Ripley's: Believe it or Not" and MTV's "Road Rules". Visualize an amphitheater of solid limestone, 200 ft.(61m) high, surrounding a 160 ft. deep aqua-blue, spring-fed lagoon, larger than 3 football fields. What you get? Just 20 minutes from downtown Ottawa is "The Rock", home to Great Canadian Bungee's 200 ft. Goliath. Here you'll find the highest bungee jump in the land. It is also the only place in the Americas where one can experience a 200 ft. head (or body) dip. On top of that, the 160 ft. rebound is higher than the entire jump height at any other site in the US or Canada.  Part of the site is also the "Ripride"; an 1015 ft. cable slide starting at a spine-chilling 200 ft. above the crystal-clear waters of the lagoon. 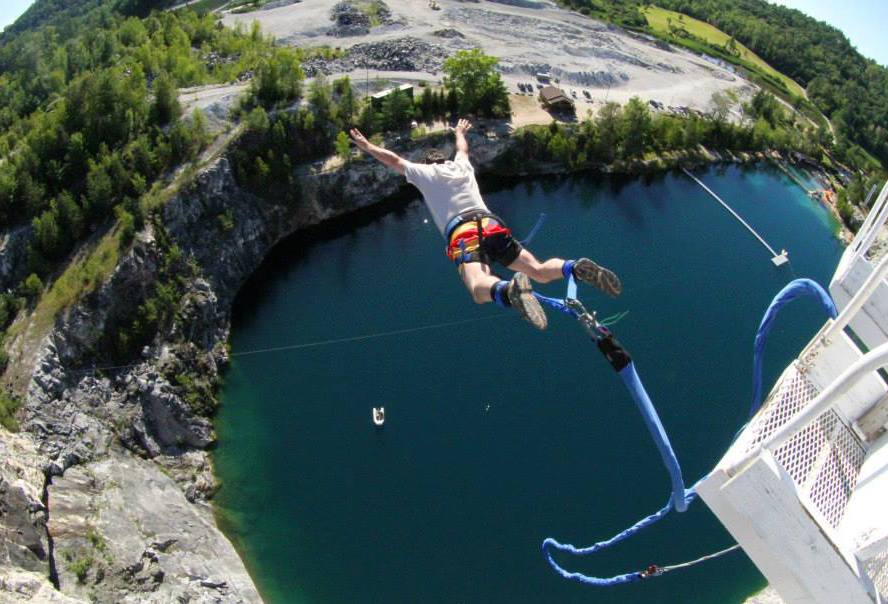 "The Rip Ride is unreal. The first 100 ft. of the ride, an accelerating cruise over land, doesn't even begin to prepare you for the remainder. You start to scream as you approach the now visible 150 ft. shear drop-off, but you are strapped in and past the point of no return. You now have 915 ft. of cable to zip down at an average speed of 85 km/hr" 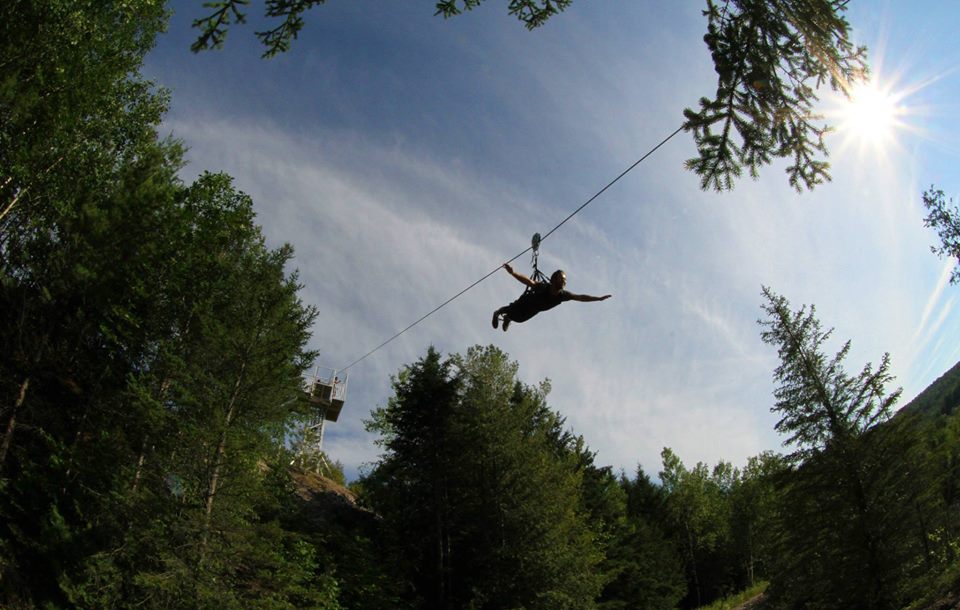 Looks like a lot of fun, don't you think? The site is open all year round no matter what the weather conditions, the crew is there rain or shine. There are also a lot of places around to stay overnight including camps, motels and hotels. To find out more about opening hours and more, check the GCB website below.

How to get there?

The Morrison’s Quarry is located off of highway 105, between Farm Point and Wakefield, Quebec.

Find the place on the map of Adrex.com Locations...

Source: GCB website and their FB; Thanks to Nick Steers; All images are courtesy of GCB; Copyrights applied. 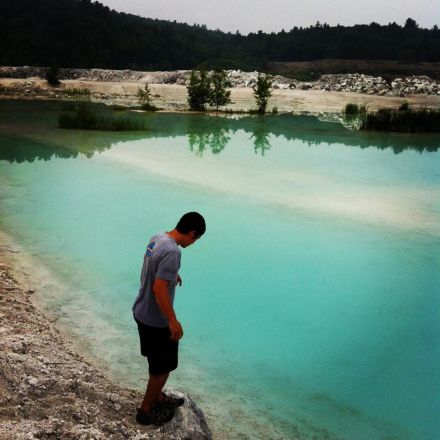 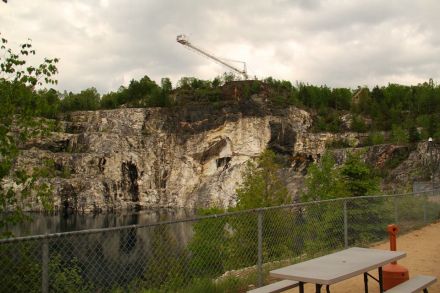 Europabrücke (Bridge of Europe) used to be the highest bridge in Europe for 10 years between 1964 and 1974. It was officially opened in 1964 as a part of the main route from western Austria to Italy via South Tyrol across the Alps. Its 777 m (2,549 ft) long structure rises from the lowest point of… 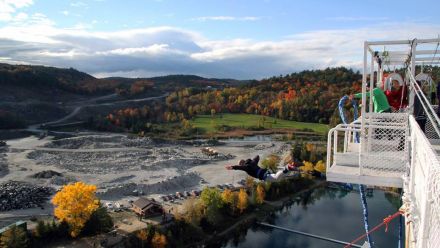 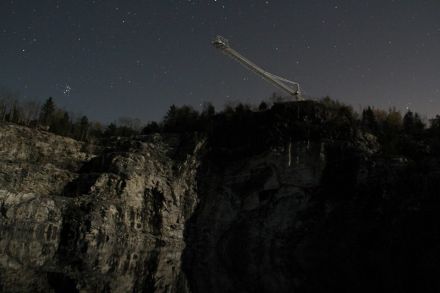