Making use of a public property for a different purpose than it had been build or meant for is a thorn in many eyes. Funny thing is that those "eyes" have usually no real laws to back them up. It is not a display of vandalism, we do not purposely damage anything and yet we are told not to do it. However, as the old saying goes "the forbidden fruit always tastes the sweetest", we will never stop. Bungee Expeditions, a jumping club formed by Chris Batten is one of those devotees keeping the roots of bridge jumping genuine but at the same time trying public to response in a positive way and have bungee recognized as a lawful and safe sport. Adrex.com proudly presents one of the leading bungee teams in the world.
30. 5. 2014 Comments: 0

Specializing in bridge excursions, Bungee Expeditions travels throughout the U.S. jumping from some of the most exciting and scenic bridges. With several bridges out their back door they jump locally on a regular basis. They travel to 467 ft Arizona's Navajo bridge as well as several Bridges throughout Idaho, Washington and Oregon. In the past, the expeditions took place at several other sites that are no longer on the menu including 680 ft Rio Grande Bridge in New Mexico or one of the scariest bridges, the White Canyon Bridge in Utah.

"I made my first jump in 1993 on a New Zealand "all rubber" style cord and was immediately hooked.  I quickly started jumping on a regular basis with another club and gained several years of experience and also discovered the American system "mill spec/shock cord" (developed by some of the early bungee pioneers) we use a similar but advanced system to this day.  In 2001 I decided to form my own bungee jumping club and named it bungee expeditions, our goal was to keep the roots of bridge jumping pure but bring it into the spotlight and have it recognized as a legitimate and safe sport. I have really enjoyed all the years of taking people out and throwing them off bridges". Chris Batten

The 100 ft. high bridge located in Boise, Idaho is small but super fun. You will only be a couple feet off the river and a couple feet below the understructure. Weight limits 115lbs-225lbs. 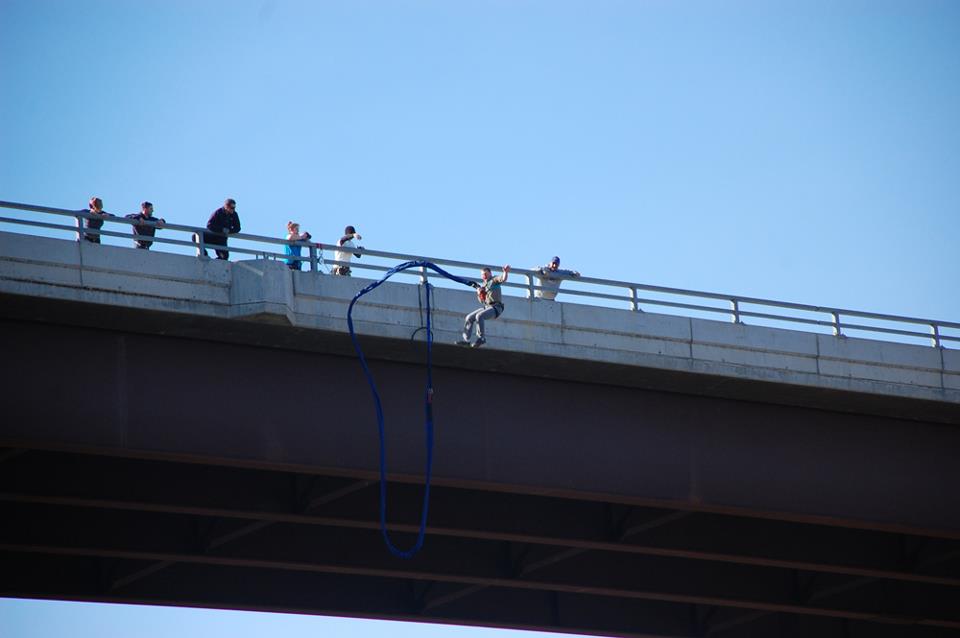 This 500ft/151.5m high bridge is located in Twin Falls, Idaho over the Snake River.  Jumping from this bridge has been restricted but Chris is currently working on getting it opened up.  It will typically only be scheduled for 1 day a year with no private group bookings. The 300ft/91m high bridge is situated between Bend and Madras near the famous Smith Rock climbing area in Bend, Oregon. 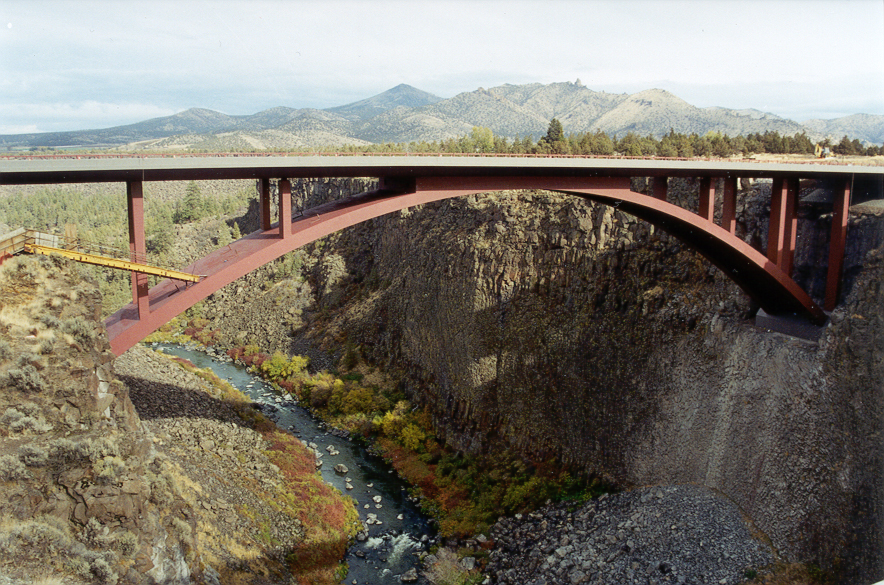 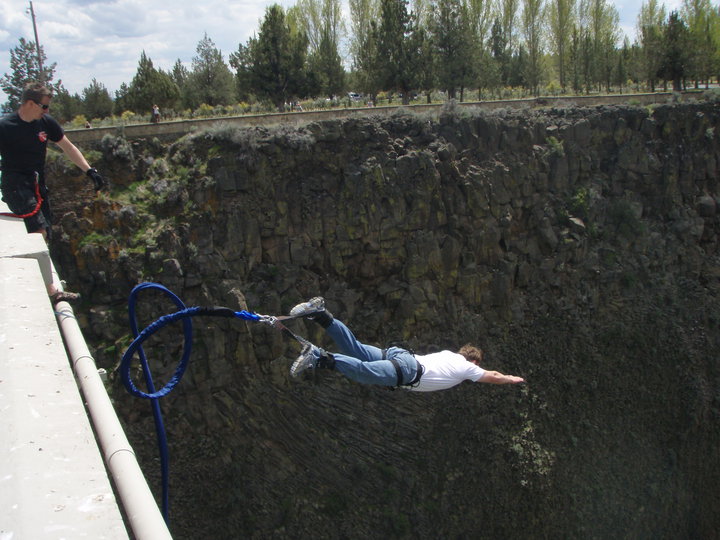 One of the highest bridges the expedition can take you to. The 467ft/141.5m high bridge is located near the North rim of the Grand Canyon over the Colorado River. 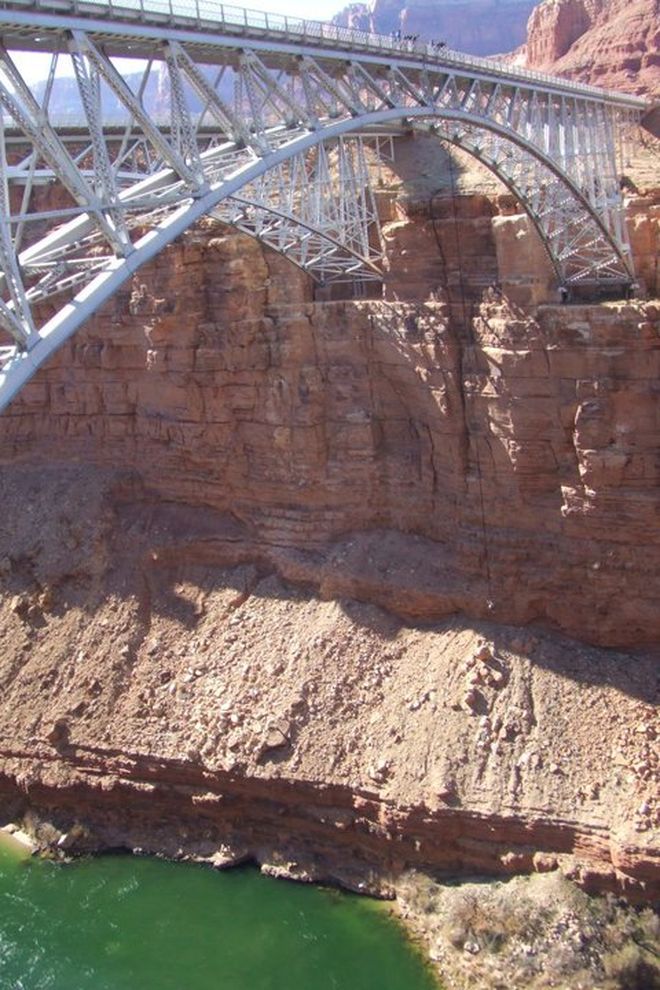 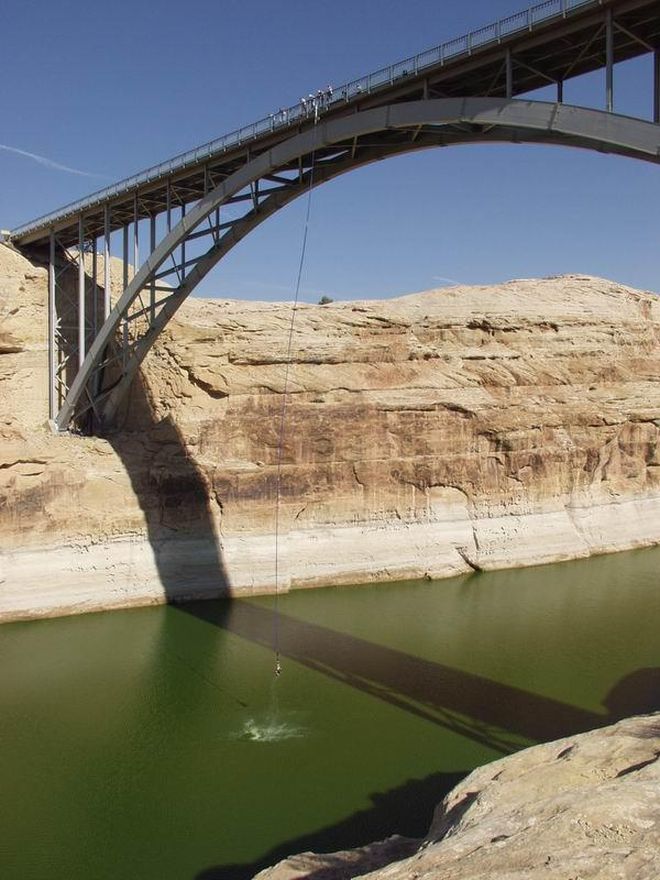 Much narrower than the Perrine bridge this 400ft/121m high bridge located in Eden, Idaho has a very high feel to it. The 365 ft/111m. high bridge lying in the Olympic National Forestis situated in Shelton, Washington only 2 hours away from Seattle. 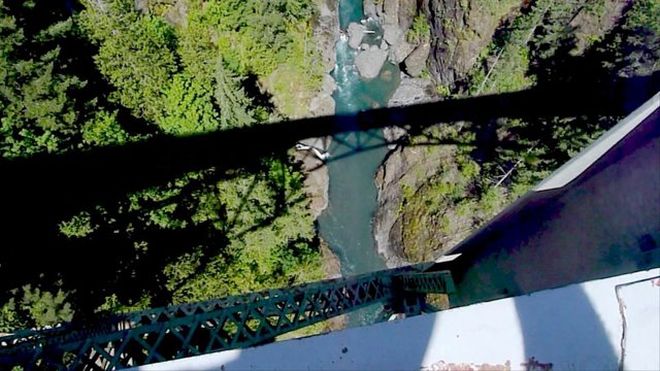 If you'd like to taste the "forbidden fruit", check out Bungee Expedition's website for upcoming summer jumps. Individuals can join in on any of the scheduled jump dates listed on Chris's page if there are open spots, groups of approximately 10 or more can typically schedule their own date and bridge. Highway 21 bridge can be scheduled for private jumps with 5 or more jumpers.

Although Chris and his crew are still devoting their time to the purest bungee jumping you can find, the Bungee Jumping is under constant attack as an illegal activity. These situations are becoming more common and have cost Chris and the crew thousands of dollars to fight. If you would like to support what Chris is doing, you can support him and the crew by donating to their legal fund through their webpage. Without the help, the expeditions have no choice but to shut down.