Adrex Ice Run 2017 is over! Speed ice climbing has already crowned the queen and the king for this year. We, as organizers, now have our minds teeming with plans and ideas for other races. Well, what was it like in Liberec last weekend, then? On Friday…
14. 10. 2017 Comments: 0

Adrex Ice Run 2017 is over! Speed ice climbing has already crowned the queen and the king for this year. We, as organizers, now have our minds teeming with plans and ideas for other races. Well, what was it like in Liberec last weekend, then? On Friday night, shortly before the race was to start, we had even considered cancelling the event. The heavy rain was melting down the ice before our eyes, throwing us down into the pit of imaginary pictures of the competitors coming to the venue in the morning from all corners of the country to compete in first-time-in-history speed drytool race. Midnight, however, brought a definite resolution – no cancellation, there will doubtlessly always be some ice left at least.

The morning found us all happy campers, as the ice seemed nearly untouched. All it took was to mark the qualifying round route with bands and, at ten sharp, start the race. As the morning grew older, the list of top ten fastest men and top five fastest women qualifying for the evening finals changed shape. At 4 PM, qualified competitors were announced and the prep stage for the grand finale started in the ice arena. 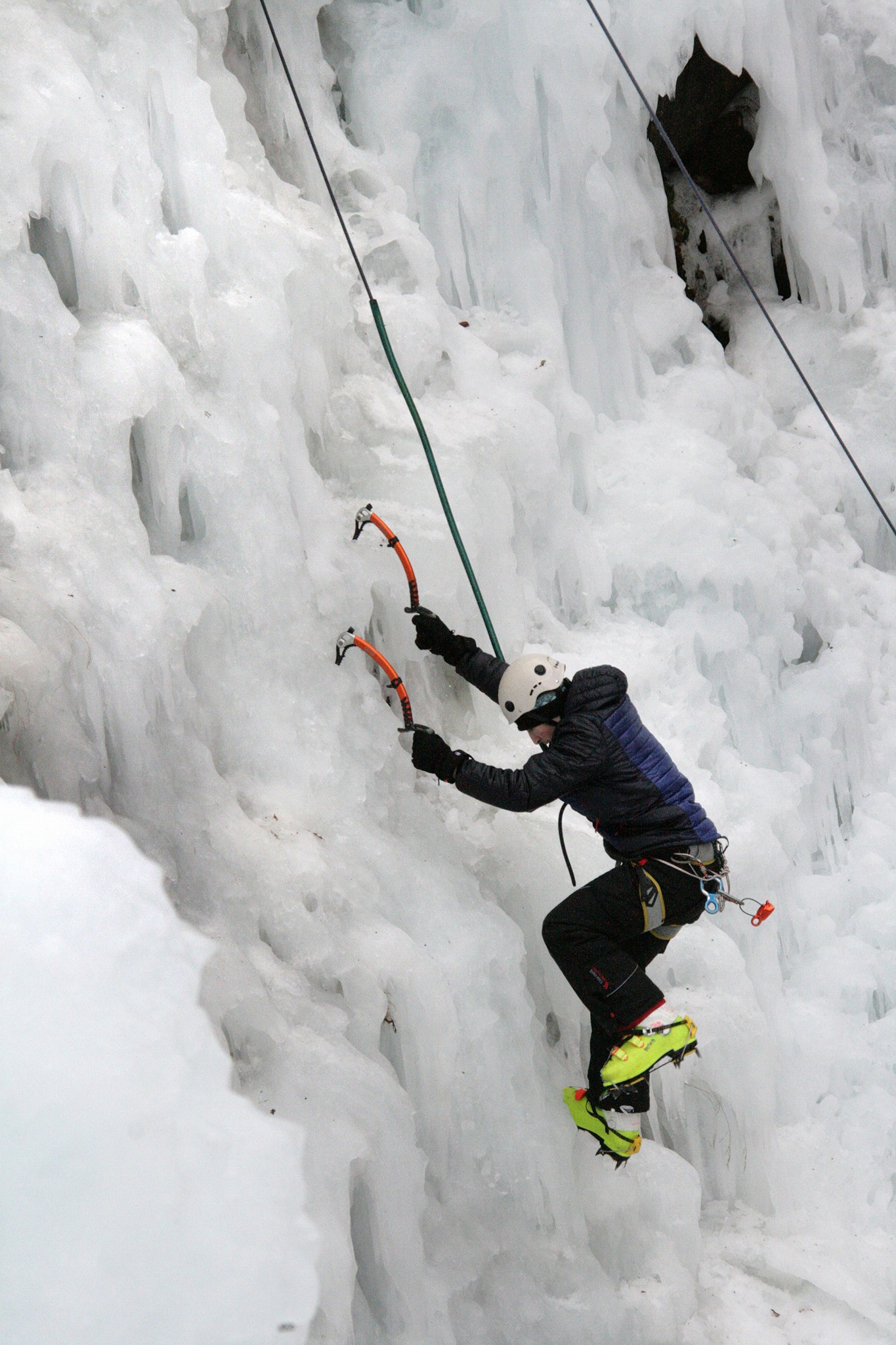 The finals started shortly after 6 PM with women’s sprint, dominated by the Czech champion Karolína Matušková. With her time 00′30″16, she was more than 10 seconds faster than Zuzana Hájková at the silver position (00′42″97). Bronze was taken by Aneta Loužecká, having finished the race in 01′14″68. 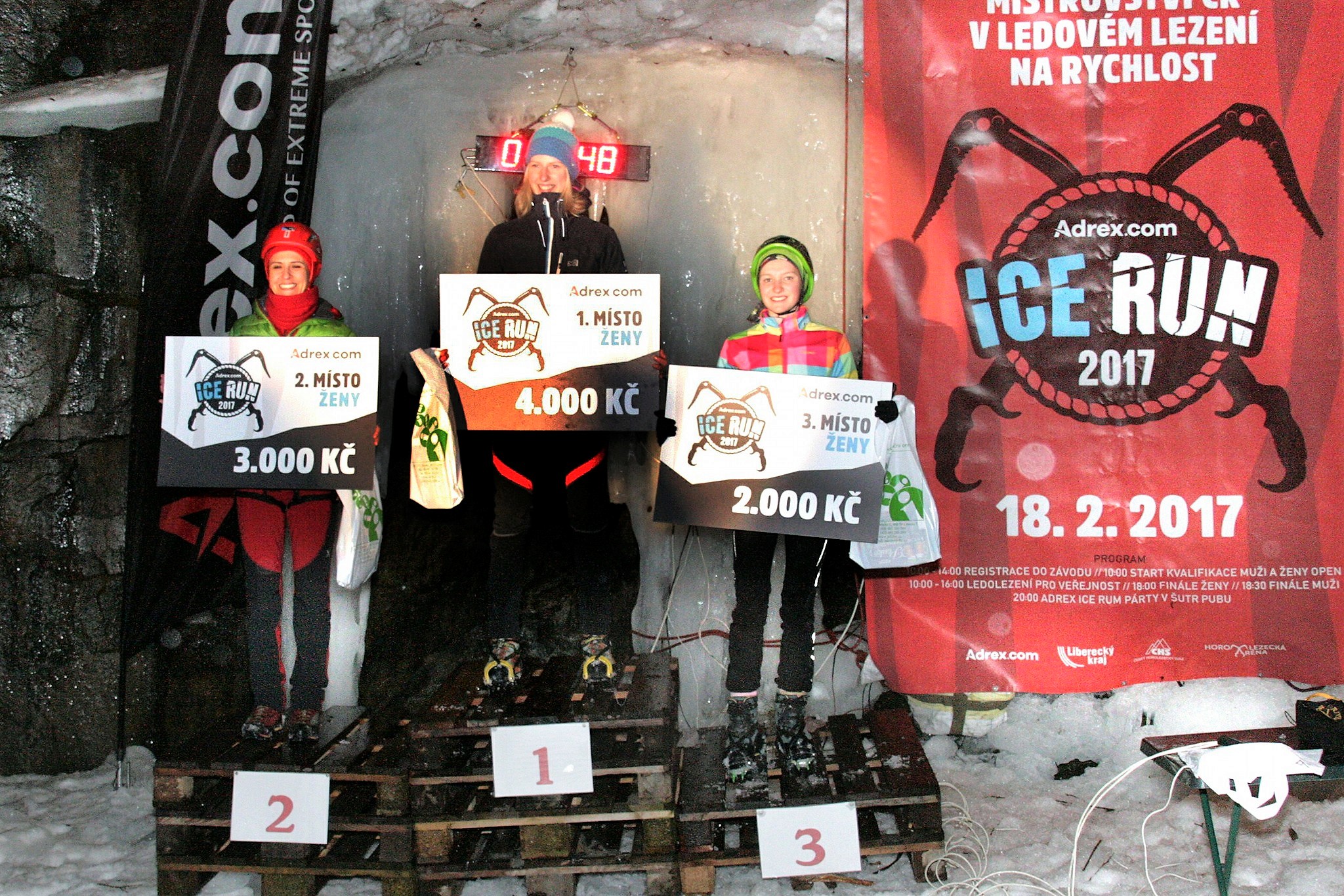 Women’s finals was immediately followed by men’s finals. The order of competitors was the reversed qualifying round ranking. Everyone concentrated on their performance, with the goal to, finally, beat Milan Dvořáček. Well, nobody managed, in the end. With a big deal time difference, Milan defended the title. He took the championship with unbelievable 00′18″48. Silver got grabbed by Mirek Matějec, making it in 00′21″41, bronze by Tomáš Koutský (00′32″14). The numerous audience made the atmosphere roaring and enthusiastic, encouraging the competitors to reach their best. The event climaxed with final ceremony, including passing of prizes donated by sponsors, announcing Czech Ice Run Cup champions and... an ICE RUM PARTY ;) 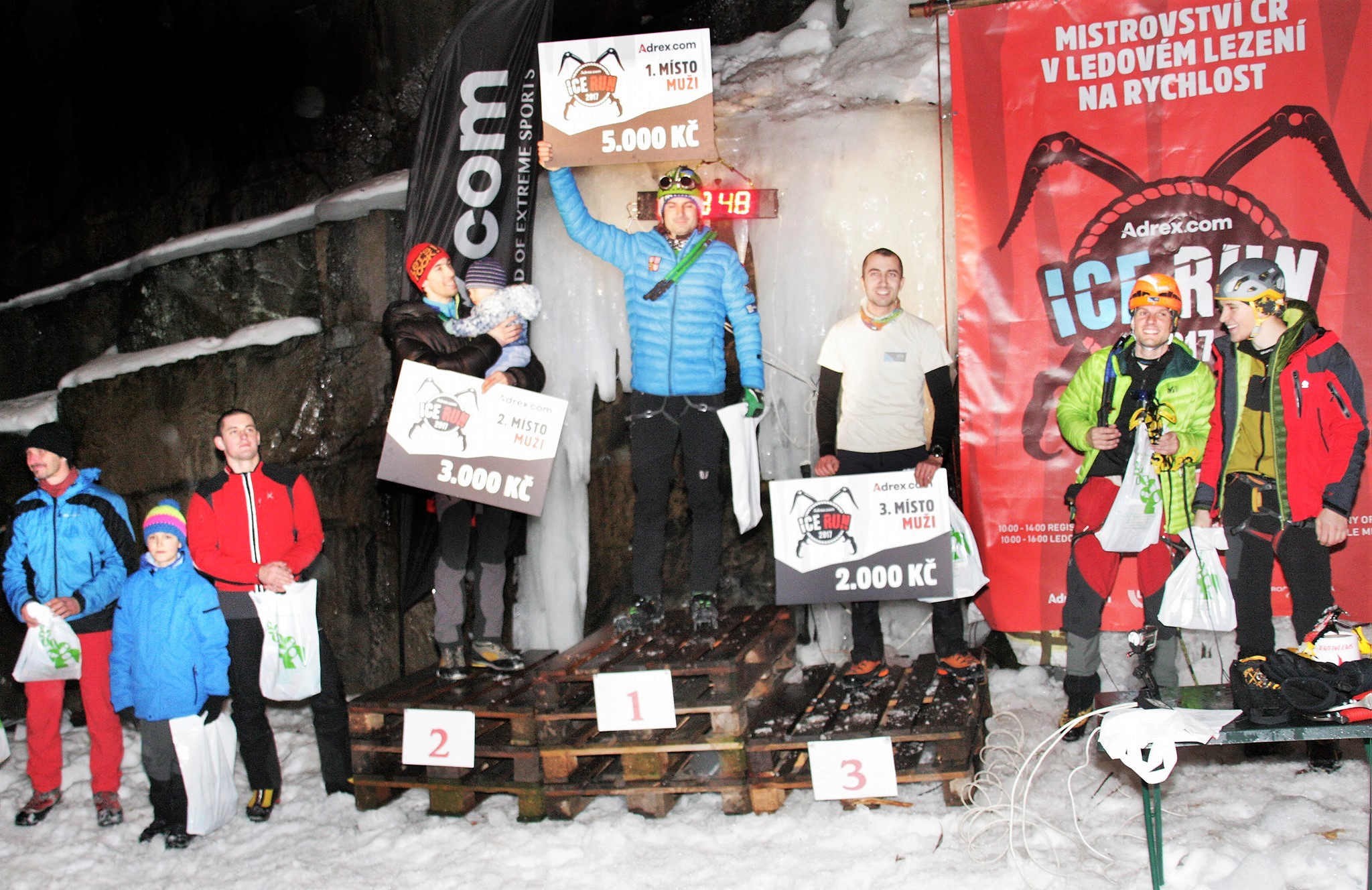