Domen Skofic of Slovenia climbed exceptionally well that weekend and he managed to top all the routes that were proposed to him, securing gold for the first time in his career. The 20-year-old rising star is one of the most promising young talents of the Slovenian team, and his performance on the final route was a great display of technique and climbing efficiency! 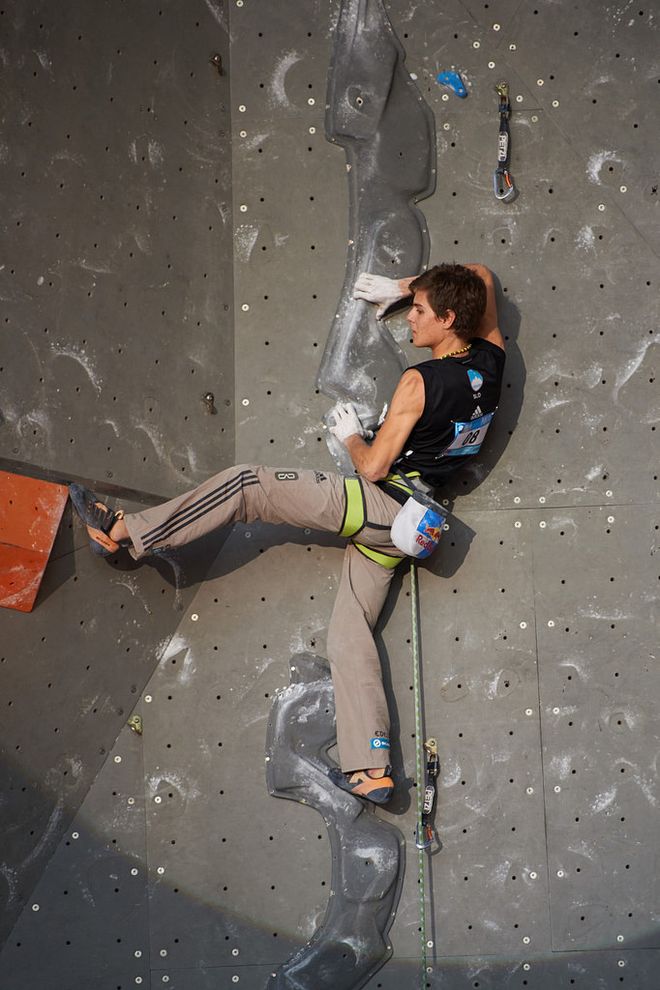 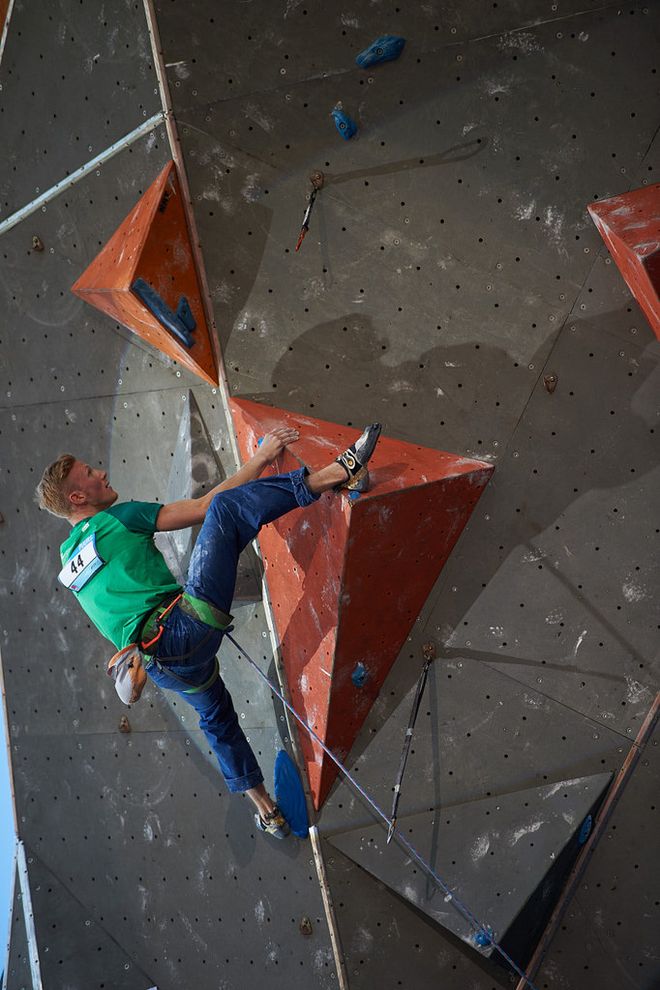 In a more powerful style, Jakob Schubert  made quick work of the final route’s dynamic moves, and he fell off the very last hold, finishing second.

Ramon Julian Puigblanque completes the podium with a solid score of 48+. The Spanish powerhouse certainly impressed the crowd with a very dynamic style of climbing and an incredible display of power and endurance throughout the route! 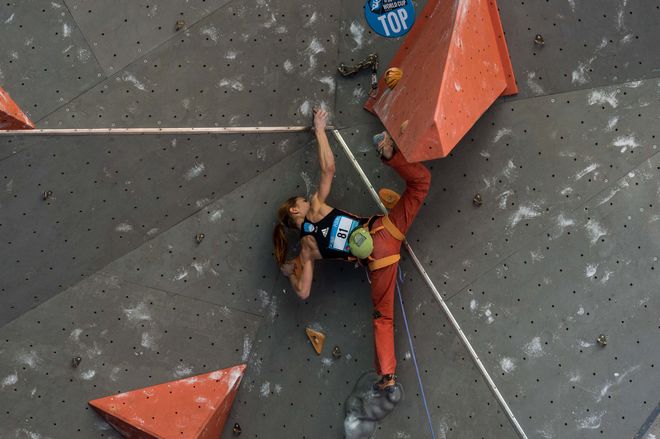 In the women’s event, the tension was high in the anticipated neck-and-neck race between Mina Markovic and all time favorite Jain Kim. Mina has won every Lead final that she has competed in so far this season, and Kim, as the reigning Lead World Champion, on the contrary has won the last four IFSC Lead World Cups that took place in Puurs. 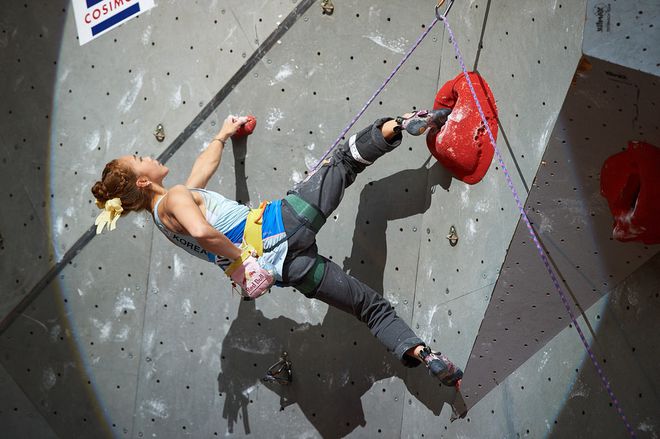 After a rocky last few weeks at the Lead World Cups in Imst and Stavanger, in which she finished 12th and 4th respectively, Jain Kim showed everybody what makes her the reigning Lead World Champion. The Korean prodigy was the only woman to top all the routes, making it her 5th consecutive victory in Puurs. Local star Anak Verhoeven managed to grab a podium spot with a score of 48+. Quite remarkably, it was the first time this season that Jessica Pilz was not on the podium. 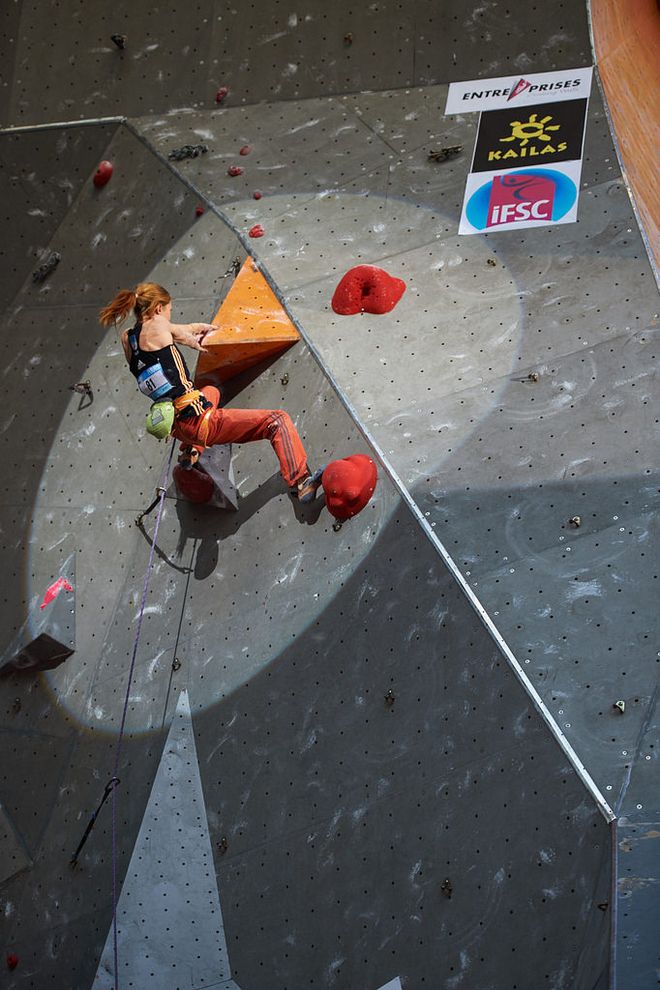 Mina Markovic also topped the final route, but this time she had to leave the gold to Kim, however she keeps her steady lead in front of Jessica and Kim, who are 2nd and 3rd respectively.

The end of the summer was certainly eventful for sport climbing, from the top athletes’ great performances in the first IFSC Lead World Cup in Norway, to Ashima Shiraishi’s and Janja Garnbret’s historic double gold in Bouldering and Lead in the IFSC World Youth Championships in Arco, or Jain Kim's 5th consecutive victory in Belgium. The IFSC Lead World Cup Series 2015 continue in Wujiang, China, on October 17-18. Stay tuned!