In one of the year’s most impressive big-mountain climbs, a Slovenian-American-French quartet has made the first ascent of the east face of Cerro Kishtwar (6,173m/20,253’) in northern India. Hayden Kennedy (U.S.), Urban Novak (Slovenia), Manu Pellessier (France), and Marko Prezelj (Slovenia) climbed Light Before Wisdom from October 5 to 8, making the third ascent of the peak. They descended the south slopes and eastern couloir.
24. 11. 2015 Comments: 0

The first ascent of the east face of Cerrro Kishtwar took three days (green line). After camping on top, the climbers descended the gully on the left (yellow). Photo by Marko Prezelj. Britons Mick Fowler and Stephen Sustad were first to climb Cerro Kishtwar, via the northwest face, back in 1993. The area was then closed to climbers for nearly two decades. In 2011, the international team of Denis Burdet, David Lama, Rob Frost, and Stephan Siegrist did a new route on the northwest face. Prezelj had climbed in Kishtwar in 2014 while making the first ascent of the north face of Hagshu and was eager to return.

Kennedy, Novak, and Prezelj acclimatized with the first ascent of the south ridge of a neighboring peak, 6,278-meter Chomochior (1,400m, D+), in late September. Pellessier was ill and sat this one out, but felt well enough to join the others for Cerro Kishtwar about a week later. 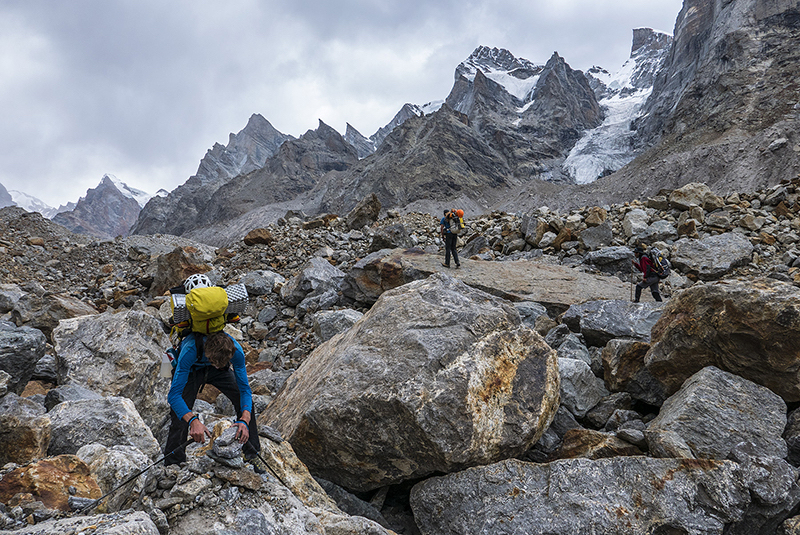 On October 4, they camped below the very steep east face and the next morning approached the wall. “We started to shift our gaze toward the left, where a prominent couloir offered a little more feasible route of ascent,” Novak wrote in a report shared by the Alpine Association of Slovenia. “In those moments of doubt and hesitation, Marko showcased why he is what he is in alpinism. Some positive provocation and motivational ‘insults’ were enough to erase our doubts and fears of the unknown, and to direct our attention solely to the intended route. 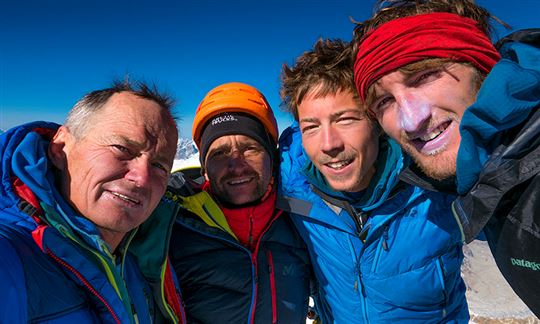 On that day they climbed 300 meters of steep rock, and the following day, October 6, they continued up ice and mixed climbing and continued late into the night, finally bivouacking on a ledge dug into steep snow at 2 a.m. Another long day of uncertainty let to the summit in darkness, and they camped right on top before rappelling the couloir left of the face the following day. By the time they reached the bottom, the ice they had climbed on the lower east face was gone. They returned to base camp on October 8 and left for home two days later. 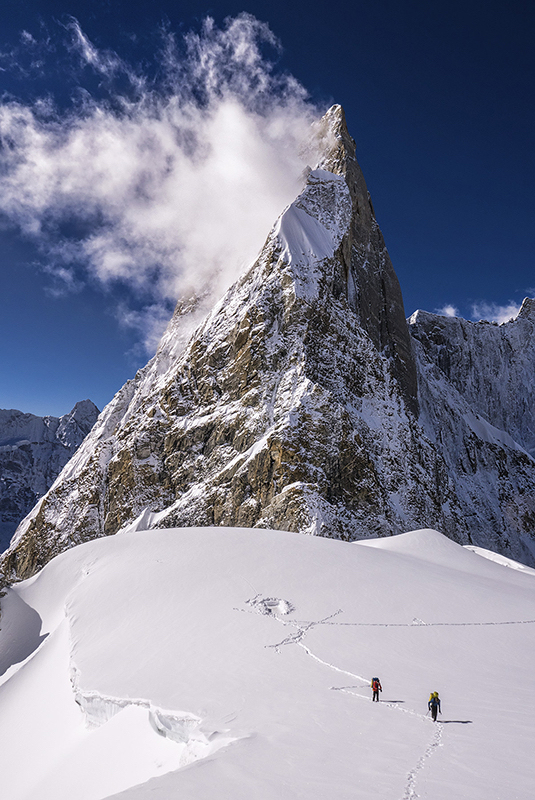