Sequoia and Kings Canyon National Parks are a great place to climb that stand comparison with famous Yosemite's rock formations as far as quality is concerned. With endless variety of climbs ranging from easy to challenging and no crowds compared to its Yosemite rival (the park gets a fraction of Yosemite's annual visitors), this area not only shows all the glories of the Sierra canyons but most importantly, offers unbelievable views from atop of local summits. And if you belong to the bunch of climbers, who see more beauty in undiscovered classics rather than sending glamour routes then Moro Rock, a granite dome rock formation in the western Sierra Nevada might just be it.
18. 11. 2015 Comments: 0

Moro Rock is a large exfoliating dome hanging over the north side of the Kaweah River drainage below the Giant Forest. It looks very imposing from the road and that's why its massive west face captures climbers' attention on the drive up from the southern entrance of the park.  One might think it's a difficult or dangerous summit to reach but quite on the contrary, it is not; though the climbing is superb, Moro Rock is not the place to push your limits. 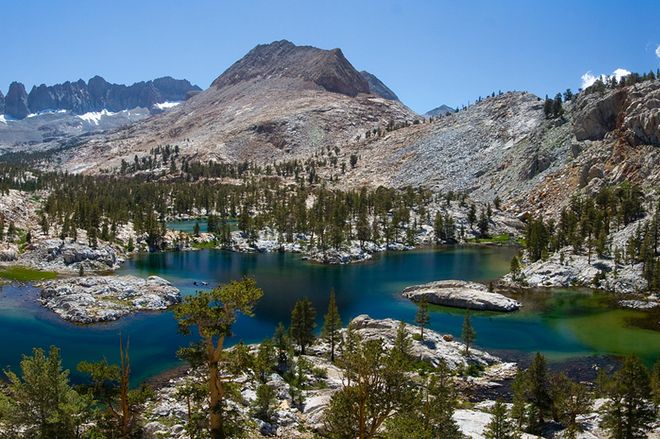 Still, Moro Rock is the most climbed summit in Sequoia/Kings Canyon National Park with a 300 feet climb. What makes this place worth is the rock's 1000-foot+ sheer walls, boasting a countless climbing routes. Especially the west face that offers 1,000 vertical feet of cracks and knobs  has many large ledges; it's possible to link many of the climbs for a 'make your own adventure' sort of experience where you can climb bottom to top at no harder than 5.8 or up to 5.12 if you choose. One of the best-loved classic routes on Moro Rock is on the south face. Although there aren’t as many established routes as there are on the other aspects, the south face has the most popular multipitch route on the formation, the South Face.  It's a good old fashioned long, fun, clean, moderate 5.7 route with great views. 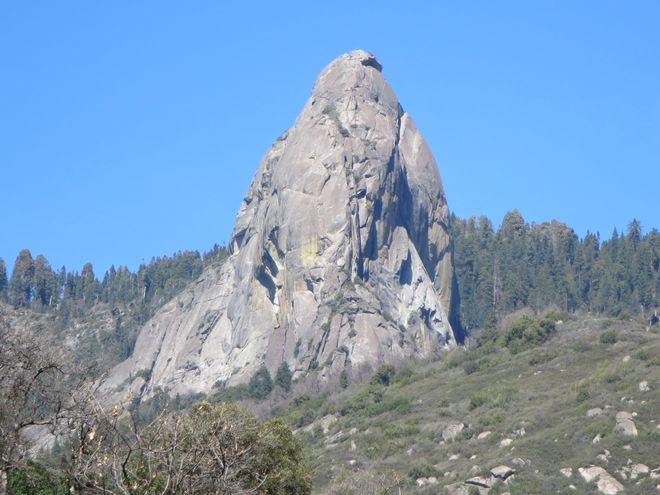 South face. As with the west face, routes can be combined here. 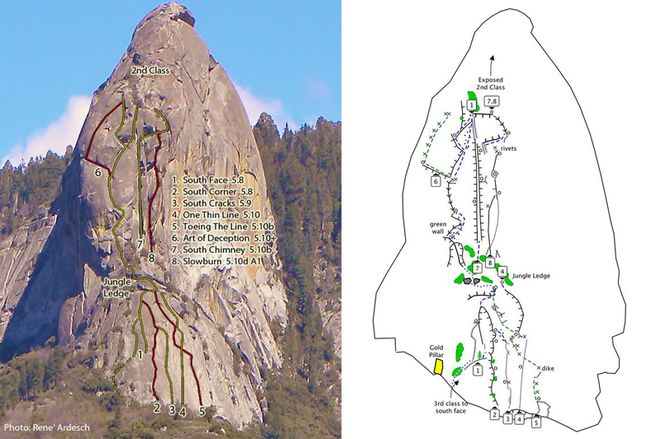 Compared to the rest, the East Face is a bit shorter and doesn't get climbed much. It has a lot of variety with the lower side of the face holding longer aid climbs ranging all the way to the single pitch top-ropes and bolted climbs next to the parking lot.  In between there are a host of climbs that can be combined in many ways.  Aside from the climbs next to the parking lot, the east face sees less people than any other aspect of Moro even though it has the easiest approach. 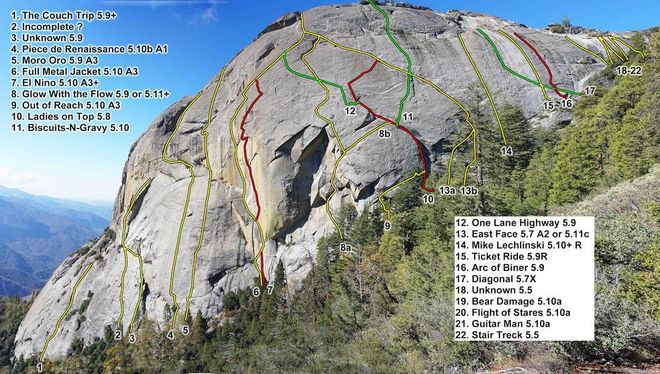 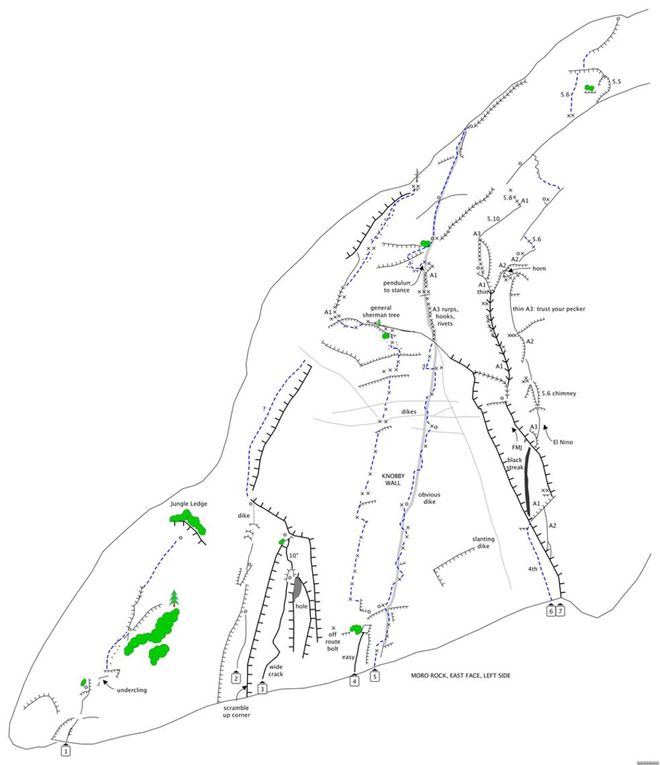 All in all, the views once you make it to the top of the rock are breathtaking; you can see for many miles in every direction. Portions of the east and south faces have seasonal climbing closures for Peregrine Falcon nesting, so please abide by the closures so the whole area doesn't get closed for nesting like Chimney Rocks.