The 2015 IFSC World Cup season wraped up in Kranj, Slovenia, with a Lead competition. A classic of the IFSC Lead World Cup circuit, Kranj was once again the determining factor in the IFSC Lead World Cup rankings 2015 and the last chance for athletes to lay it all on the line for a World Cup medal. With very close rankings the title was at stake in both categories, making the 2015 IFSC World Cup season’s grand finale riveting. Can Mina Markovic take back the title? Will Adam Ondra, who seems to be in particularly great shape at the moment, defeat Gautier Supper, a current leader? Those were the questions before the last 2015 IFSC World Cup started. The competition saw some amazing performances and it was indeed Markovic and Ondra, who took gold and secured the 2015 LeadWorld Cup title.
19. 11. 2015 Comments: 0

Located just a stone’s throw from Slovenia’s capital city of Ljubljana, Kranj hosted the final IFSC World Cup of the 2015 season. This year marked the 20th anniversary of Kranj hosting climbing World Cups, and this year’s competition was a spectacular ending to a historic 2015 IFSC World Cup season! 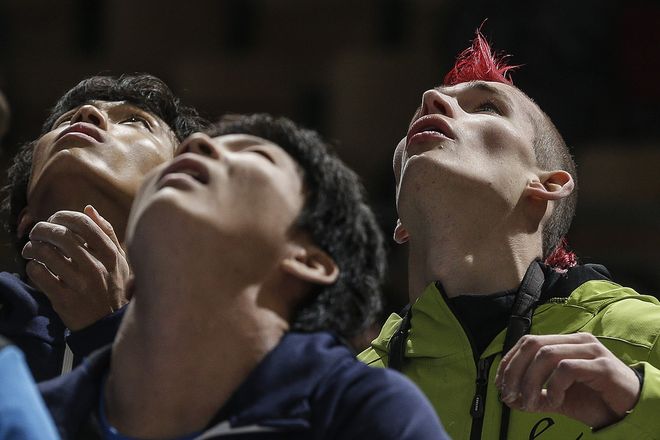 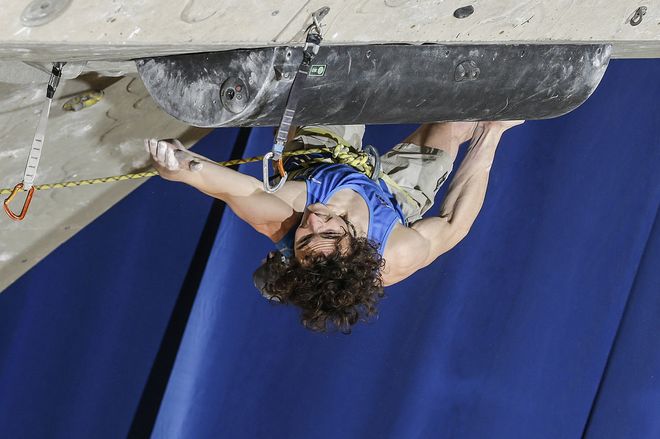 The Czech prodigy seems to be in a particularly great shape at the moment. After his victory in Wujiang one month ago, he has done it again in Kranj with a very strong performance that gave him the gold. The competition was fierce amongst the top athletes, and tonight’s best four competitors all fell trying to get over the lip of the roof, a few moves away from the top of the route. Sean McColl  is 2nd with a score of 37, and Jakob Schubert completes the podium with a score of 36+. 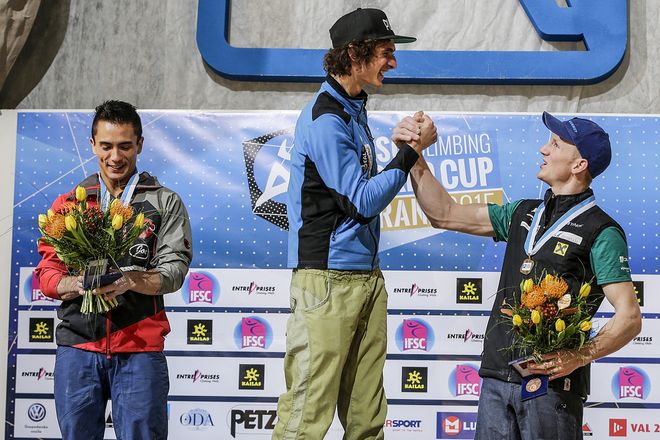 Buoyed by the intense cheers of her home crowd, Mina Markovic has taken gold with a narrow margin in front of Jessica Pilz, who posted the same score but placed second due to count back, and Janja Garnbret, who completes the podium. Aged only 16, Janja Garnbret is one of the sport’s most promising young talent, and we should see much more good results from her in the near future! 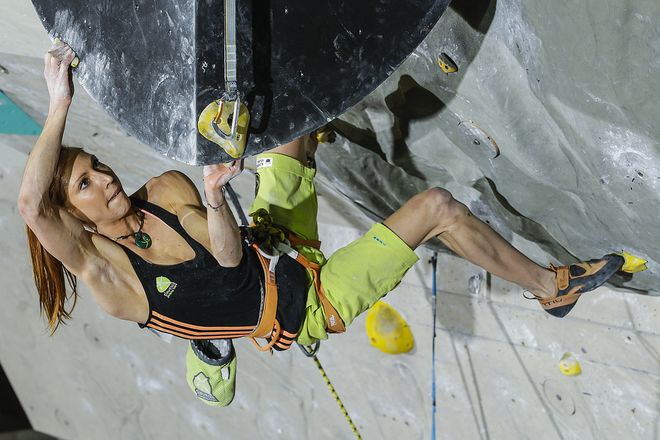 Once again, the legendary rivalry between Mina Markovic and Jain Kim reached an apex in Kranj as the two competed for the 2015 Lead World Cup title. With her victory tonight, Mina Markovic secured the title for the first time since 2012. Behind, Jain Kim is second and Jessica Pilz is third. 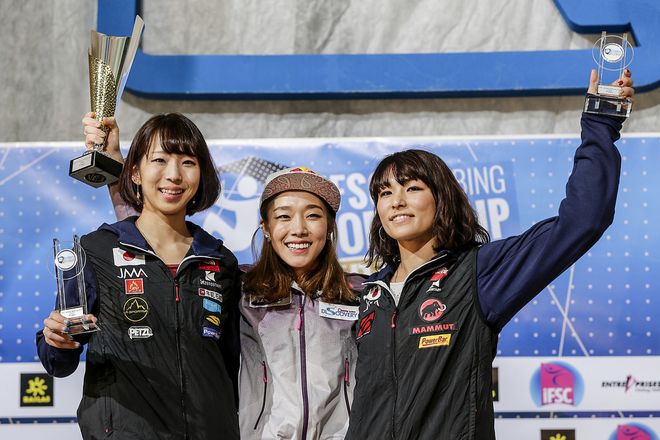 In the 2015 Combined World Cup ranking, Jain Kim is first in front of Akiyo Noguchi and Yuka Kobayashi.

Stay apprised of all the goings-on and plans for 2016!