Russians remained unbeatable in the Speed category of the 2016 UIAA Ice Climbing World Tour final stop that took place in one of Europe’s most beautiful and demanding artificial climbing structures, Rabenstein, Italy before the month of January came to its end. Russian's superpowers were topped with Athletes Maxim Tomilov and Maria Tolokonina who, although didn't finish on the podium that day, both took overall medals in Lead as well as Speed. Other athletes didn't disappointed either and the "Eisturm Rabenstein" saw strong performances especially from Janez Svoljšak of Slovenia and Han Na Rai Song of Korea. More in the article.
9. 2. 2016 Comments: 0 Photos: 11

Men’s speed: The situation couldn’t have been more dramatic going into the weekend. Just sixteen points separated the leading four athletes. In search of his first title in speed, lead specialist Maxim Tomilov held a narrow 9-point lead over older brother Alexey. Vladimir Kartashev winner in round 2 in Cheongsong lay just a further six points back. Alexey Vagin was 16 points behind the leader. It seemed like a winner takes all situation. 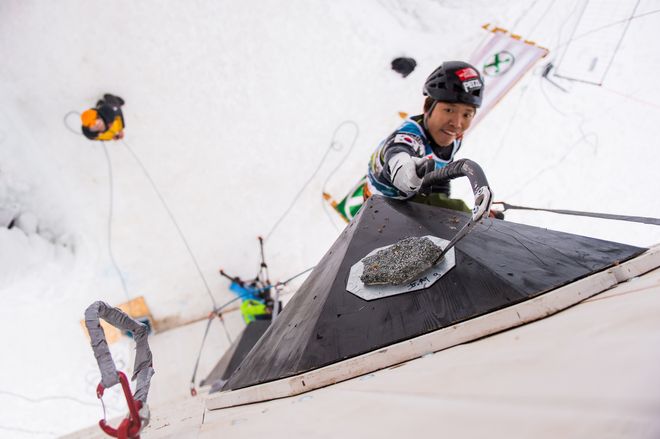 As it turned out some new names took the plaudits. Radomir Proschenko took gold with a best time of 8.29 ahead of compatriots Egor Trapeznikov and Pavel Batushev. None of the aforementioned
frontrunners finished in the top seven which meant a moderate 13thplace was enough to give Maxim Tomilov a first world title in speed. His winning margin over Vagin a mere five points. Four different athletes claimed gold medals in the season’s four events.

Women’s speed: The imperious Maria Tolokonina was the athlete to beat following two golds and a silver. Defending champion Ekaterina Koshcheeva lay a sizeable 62 points behind and Maryam Filippova a further point back. It would require a major loss of form for the leader not to be crowned champion. This didn’t happen. Proving to be the athlete of the entire series, Tolokonina claimed gold with a best time of 11.44. Her overall margin of victory on ranking was 88 points. 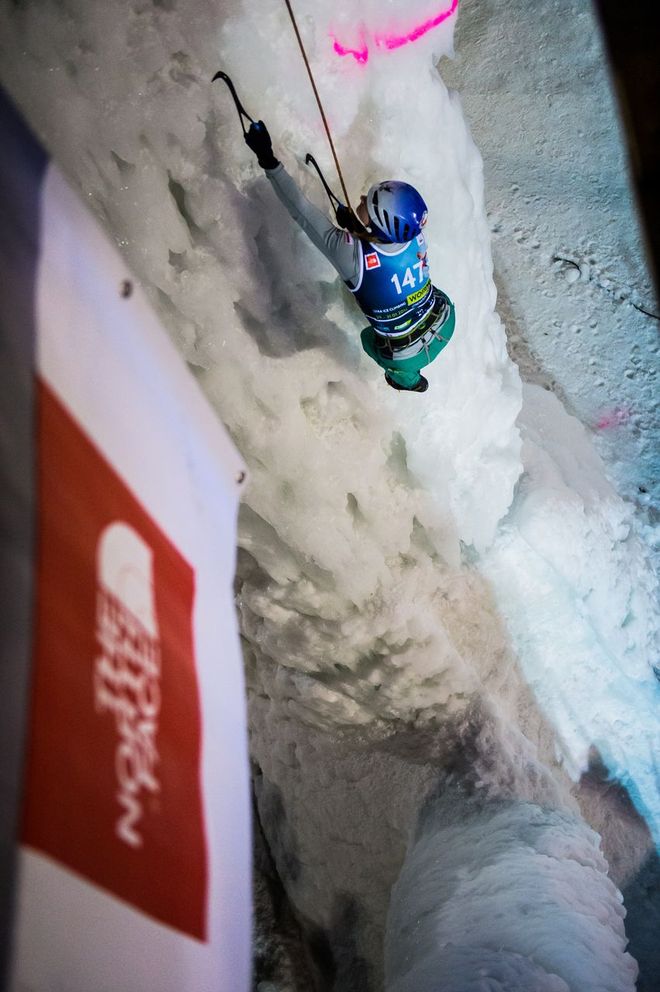 Men’s lead: Maxim Tomilov’s lead in lead was more secure, some 74 points ahead of Korean star HeeYong Park. A fourth title for Tomilov was duly delivered despite a fifth place finish on the weekend. The battle for the podium was heated and after a costly delay of getting tangled in his rope Park took bronze medal. Following an impressive performance last week in Saas Fee, Swiss youngster Yannick Glatthard confirmed his amazing promise with a silver medal. Gold was reserved for Janez Svoljsak, the young Slovenian in the first UIAA Ice Climbing World Tour season. Tomilov won the series by 60 points. Women’s lead: This was the only title decided going into the weekend. Three golds had ensured that Tolokonina was champion. Would she claim a forth? 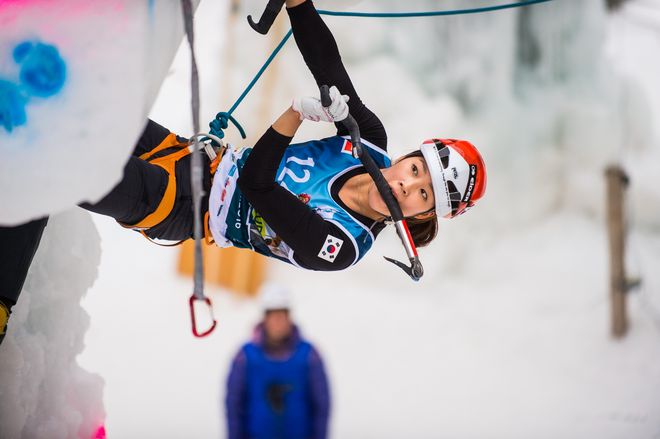 The answer surprisingly was no. Tolokonina and defending champion - local favorite Angelika Rainer - both fell reasonably low down on the route and were shock exits from the competition. After a tense wait and a thrilling competition Fillipova took bronze, Petra Klingler silver and after a frustrating season of near misses, Korean athlete Song Han Na Rai finally took gold.

Photos: © Patrick Schwienbacher for the UIAA 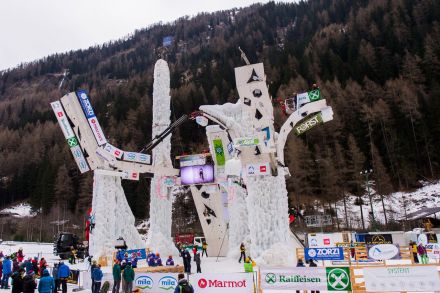 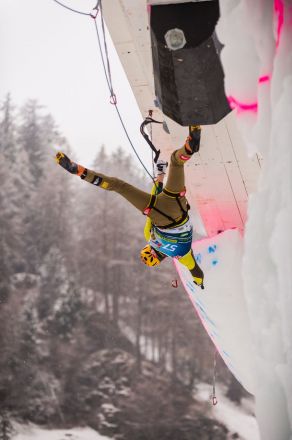 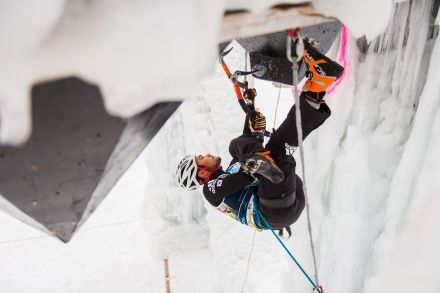