Stephan Siegrist, Thomas Senf and Dres Abegglen made the first ascents of Bhala 5900m, Tupendeo 5700m and Te 5900m, three hitherto unclimbed mountains in the Kashmir region of lndia's Himalaya. A year after visiting the Kishtwar region in Northern India, Swiss alpinists Stephan Siegrist, Thomas Senf and Dres Abegglen returned to the Himalaya this September and October where they pulled off another three notable first ascents.
26. 10. 2015 Comments: 0

The trio had seen a photo of a 5900m high summit called Bhala that strikingly resembled the world-famous Matterhorn and the call of this beautiful mountain was simply too strong to ignore. Located to the south of the Kishtwar area in the Kashmir region, Bhala had previously been off-limits due to the territorial conflict between India and Pakistan and was therefore unclimbed. 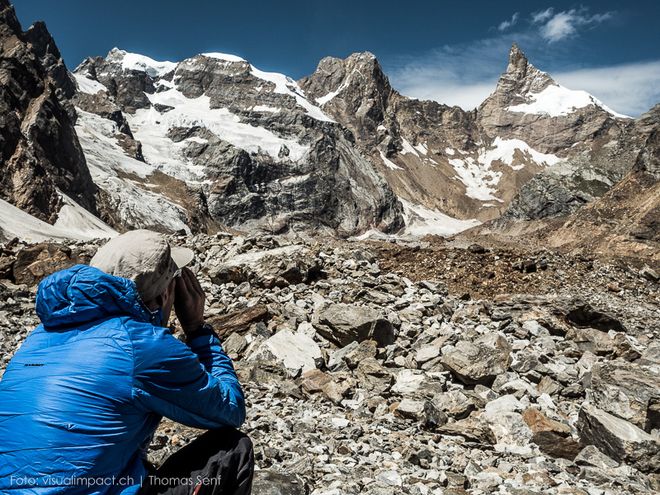 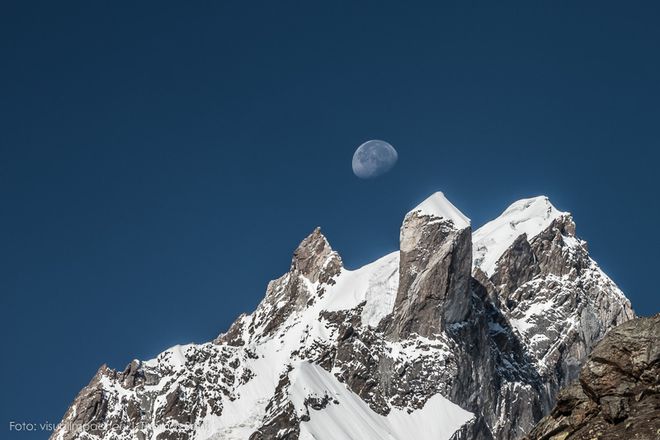 Maps of the area are famously imprecise, but thanks to excellent local connections Siegrist, Senf and Abegglen managed to reach the town of Kaban and then quickly establish base camp at the foot of Bhala, which means Spear and was named as such by a previous expedition to the region due to its form. Weather conditions played in their favor and after biviing on the East Col on 12 September, the next morning they climbed an obvious ramp line up the 700m high North-East Face. Despite its beauty the rock quality on Bhala was extremely poor and the trio negotiated loose and dangerous rock to summit at 15:00 that day. They descended to the cal where they bivied for a second time, and returned to Base Camp on the 14th of September. 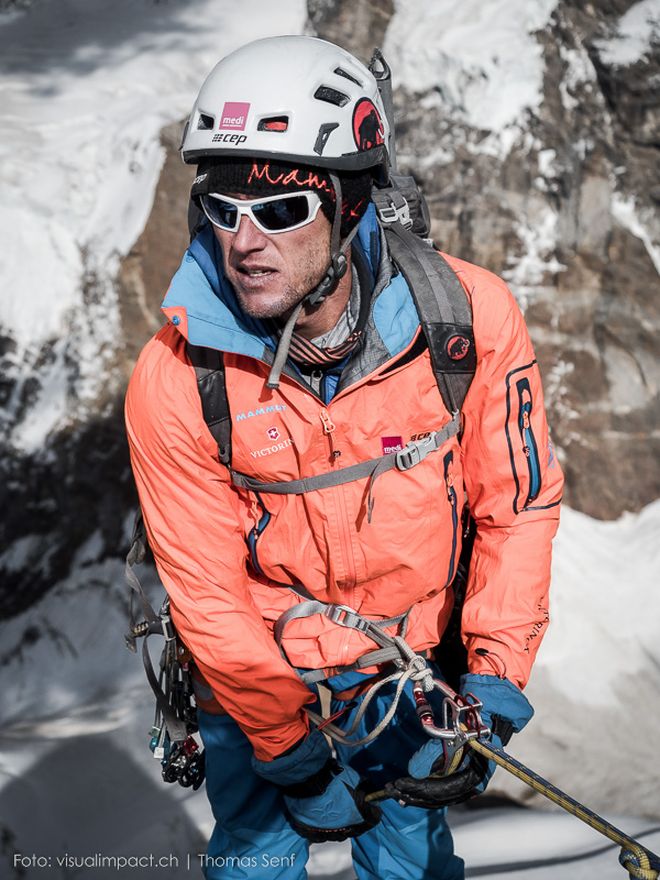 Despite the now unstable weather with regular spills in the afternoon the Swiss alpinists set their sights on another "perfect" peak nearby called Tupendeo. ln the early afternoon of the 18th of September they reached a bivy point at the base of the mountain, fixed a couple of pitches and then snuggled up for the night. The next morning they climbed an 800m line and summited at 13:30, before returning to base camp at 21:30 that same day. ln stark comparison to Bhala, on Tupendeo they dealt with "some of the best rock climbing" they had ever had ever encountered at altitude. 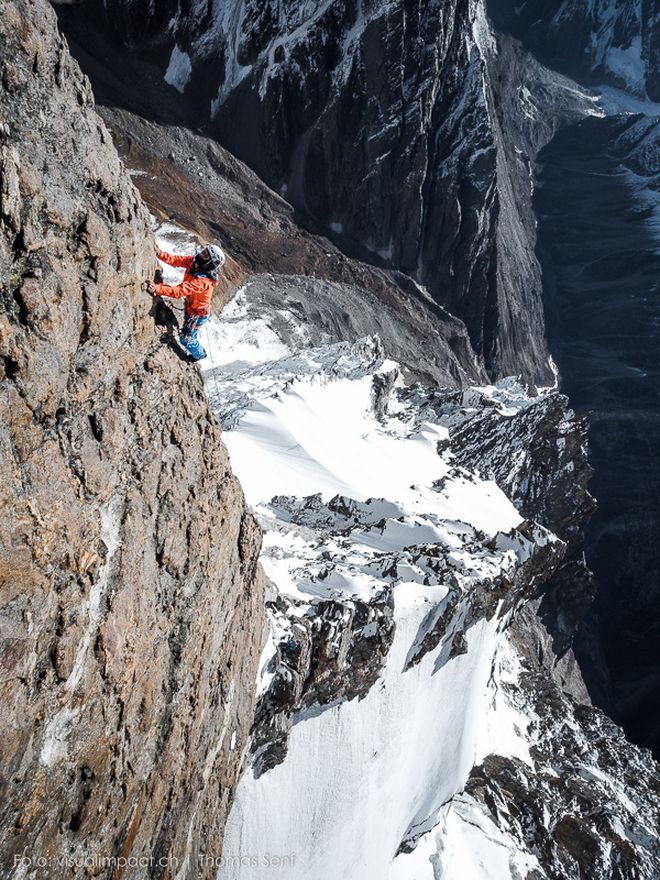 Poor weather set in and pinned the team down in Base Camp for a week, after which they then climbed another peak in the same valley: Maha Dev Phobrang. A characteristic 200m crystal tower called Te (Crystal) juts aut above 5500m and the trio opted for the more difficult, but certainly more beautiful line that took them straight to the top of this feature. After bivying on the ridge on 1 October, the next day the alpinists climbed 4 pitches with difficulties up to 6a/b and topped out on this pre-summit at 14:00. With time to spare they then abseiled off and continued on to the mountain's main summit which was reached at 15:30 before returning safely to BC at 21:00. Siegrist explained "The biggest superlatives don't even begin to explain the conditions we had on this mountain: quite simply unique." 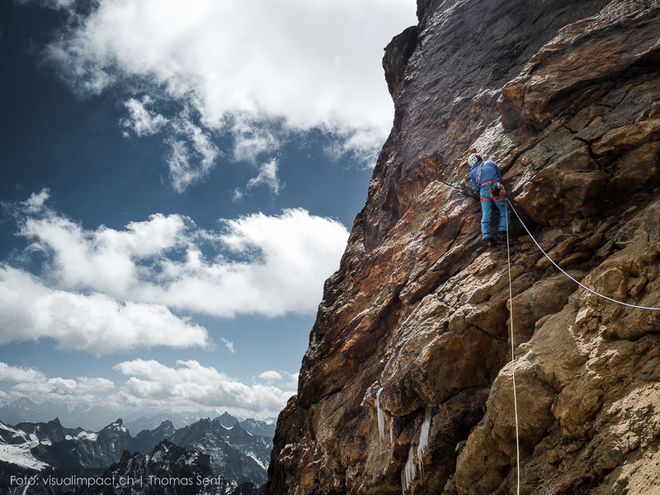 It is interesting to note that while the Indian military maps mark Bhala as 6100m and Te as 6163m, according to the recent GPS readings both mountains are 5900m high. notes: on some maps marked as Tupendo 1or Druid 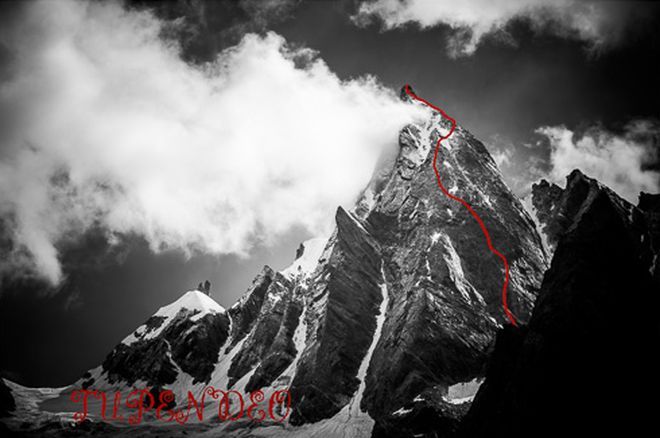