It was the first time a World Championship was hosted inside a bull-fighting ring, the Plaza de Toros, and with 20,000 cheering fans, they were treated to an exciting 8th round of Night of the Jumps FMX event. Ten of the competition's best riders came together to compete in the first outdoor contest of the season, including the local Spanish heros, Dany Torres, Jose Miralles and Marc Pinyol. However, the reigning World Champion, Maikel Melero was unable to start after suffering a hard fall in training, requiring treatment in hospital. Fortunately, Melero suffered only a broken collarbone from his horror crash and we hope that he will return very soon to NIGHT of the JUMPs.
28. 5. 2015 Comments: 0

And there were a lot to see in Southern Spain. In the final, the Body Varial specialists would prevail. Although, the first rider to start the finals, Hannes Ackermann showed that a body varial isn’t needed to put together a great run, unveiling a new 360 Nac Nac combination, but without a body rotation, it was only enough for 6th place. After winning qualification, Dany Torres also felt the effects of not having a body varial or 540 in his arsenal, taking 5th place. Although the Spaniard did display why he is one of the best riders in the world with the Lazyboy Flip, Paris Hilton Flip and his new BackFlip combination, the Oxecutioner to Double Grab Combo. 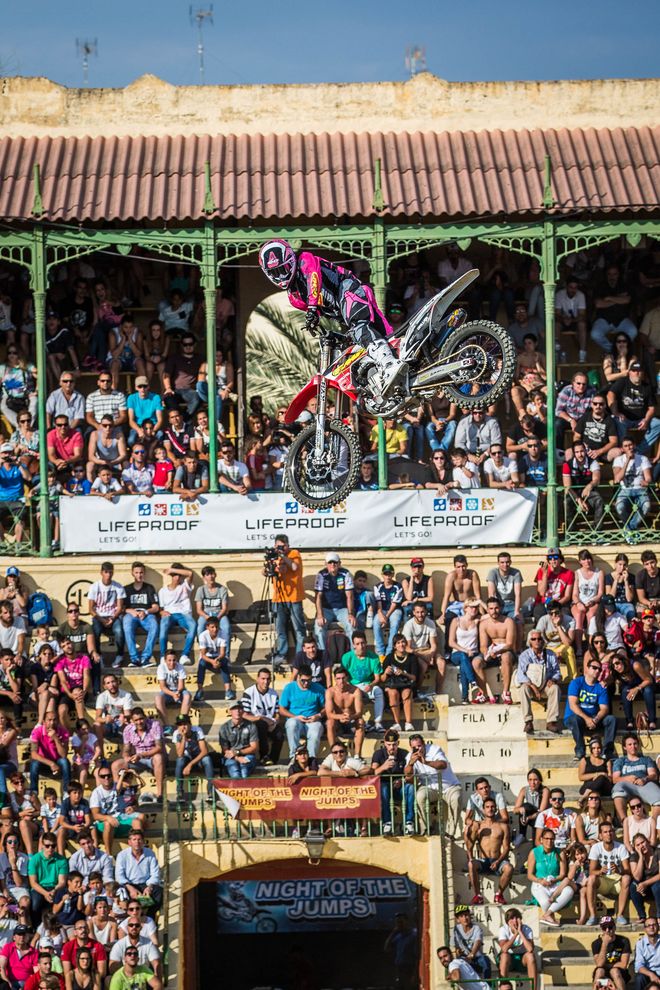 In a thrilling Lifeproof Best Whip contest, the American James Carter won another trophy over Massimo Bianconcini (ITA) to join his long line of Best Whip trophies from 2015. 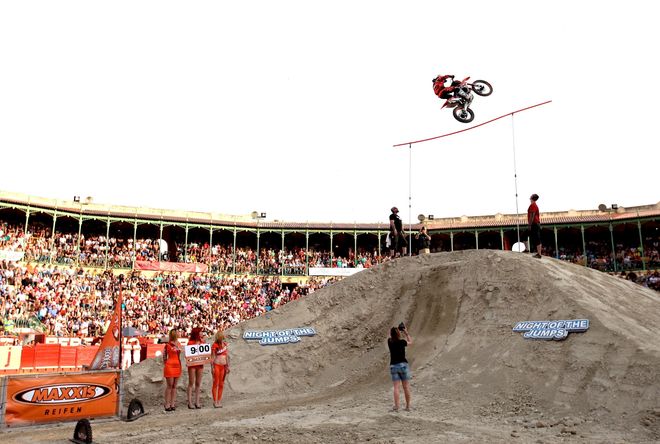 But the Italian did not want to go home empty handed, when he won his latest Maxxis Highest Air victory over a very strong Jose Miralles with a final height of 9.00 metres.

Rob Adelberg (AUS) had a strong final run, featuring a California Roll and solid backflip combinations.  In addition, he used the Quarter Pipe to show off a stylish Transfer Whip as an extra trick in his 150 seconds. But the extra style would not be enough for the podium.

Third place went to Libor Podmol (CZE) who featured a huge run including all of his tricks including his Volt body varial, the technical SuperCan Backflip and a transfer whip out of the Quarter Pipe. It left only the two Frenchmen to try take the win, Remi Bizouard and David Rinaldo. Remi attacked the course to take down Podmol and with a huge Ruler Flip, Cliffhanger Flip and Hart Attack Indy Flip, Remi wowed the Spanish crowd. After busting out the Volt body varial in the Double Up, it looked as though Remi would sure be the winner of the day. 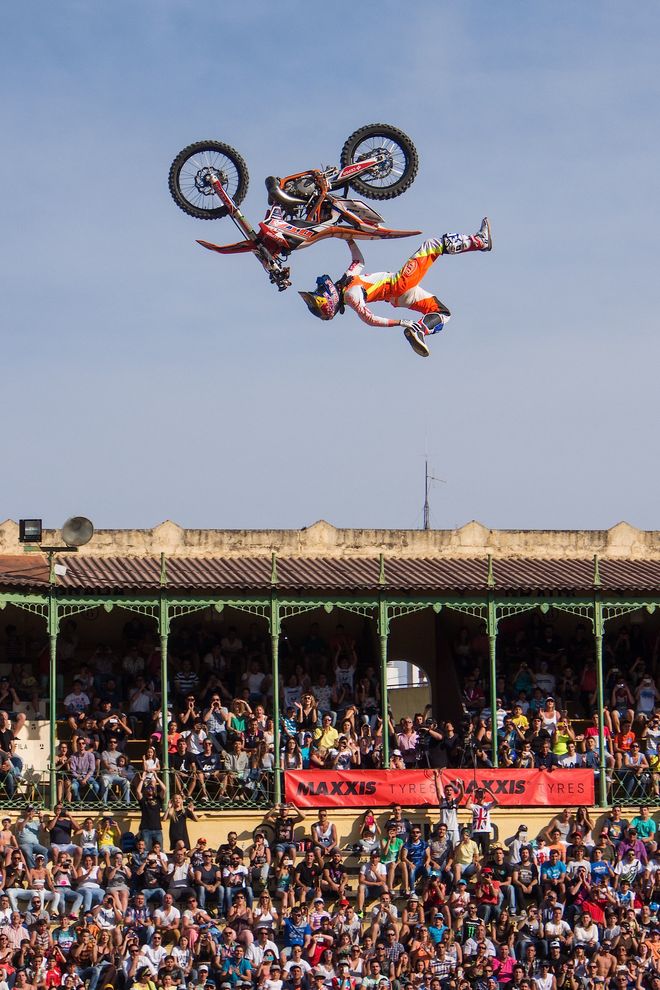 But Rinaldo knew how to counter, displaying a California Roll to No Hander on the first jump, Rinaldo unleashed a stylish run including impressive whipped out tricks including his Mase-Twist to Hart Attack combo and then transferring from the Super Kicker to the 21 metre landing ramp, Rinaldo whipped out a big Indy on the transfer.  David then finished with the Double Hart Attack Flip on the Double Up and finish the night with 411 points, 7 points ahead of his compatriot, Bizouard. 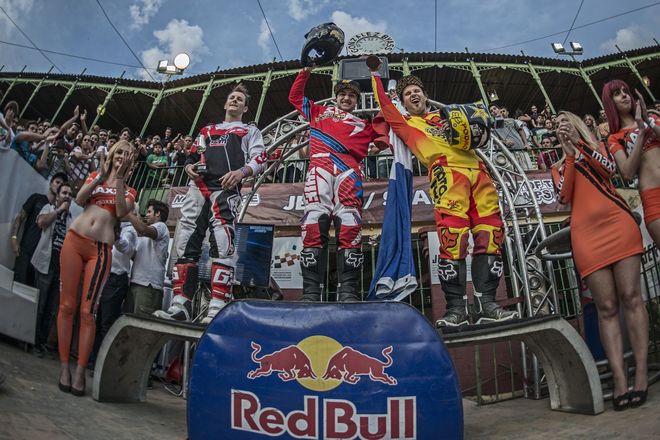 With his triumph in Andalucia, Rinaldo takes the lead in overall World Championship standings, forcing Maikel Melero back to second place.