David Rinaldo Pulls off an Incredible Trick in Austria

David Rinaldo, a French freestyle motocross rider took spectators' breath away by performing a rare trick during the Night of the Jumps show in the Tips Arena, Linz, Austria this past weekend. This young and talented rider emerged onto the scene at the age of 13, when he turned his full-time attention to riding freestyle. It sure paid off; in 2013 he claimed his first World Championship. Without a doubt, he is one of the boys to look at in 2015.
21. 1. 2015 Comments: 0

He and his fellow countryman Remi Bizouard met in Linz's finals and while Remi executed his Ruler Flip, Cliffhanger Flip and Heart Attack Flip Indy, Rinaldo though, pulled off an incredible 1-Hand Heart Attack Flip to Double Grab Flip on his very first jump in the finale. 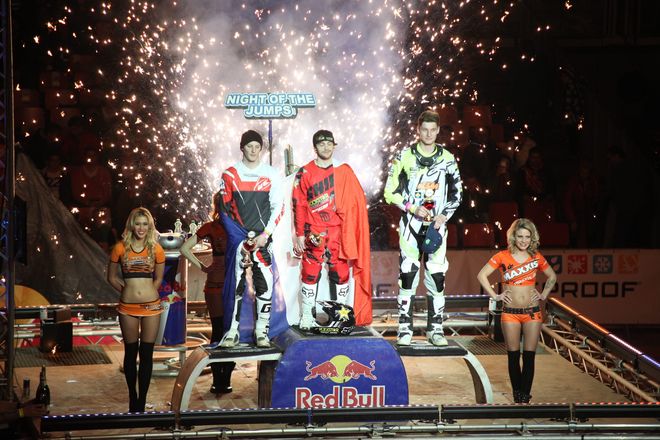 Until now, that trick has only ever been successfully performed by one MX rider anywhere in the world – Levi Sherwood. Rinaldo became the clear winner of the first European championship competition when, in addition, he produced his special variation of the 1-Hand 9-O-Clock and California Roll in the double-up. Check it out.