A drama filled night concluded in unbelievable style at the French Night of the Jumps World Championships round, with the French crowd getting behind David Rinaldo for an emphatic win in front of the current series leader, Maikel Melero and first time World Championships competitor, Japan’s Taka Higashino. However it was the arrival of one of the regular French riders, Brice Izzo with his own Quarter Pipe for a Flip Transfer, an element never seen before at NOTJ and add even more pressure to a round featuring one of the toughest rider line-ups in World Championships history.
2. 4. 2015 Comments: 0

In his first ever appearance at Night of the Jumps, Taka Higashino performed exceptionally well in the FIM judging format and finished in a respectable 3rd place, showing why he is one of the world’s best riders.  Taka unleashed a huge Tsunami backflip, coupled with the California Roll which he invented and completing his run with a hair-raising Rock Solid Indy Back Flip. 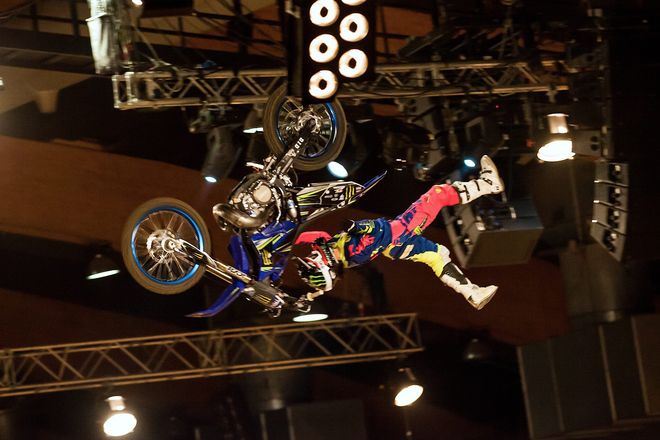 The final saw an impressive run of Maikel Melero claiming a solid 2nd place in a pressure filled event, proving why he was the 2014 overall World Champion.  Melero broke away from the field as the only rider to perform the Flair in his run, and landing his own version of the California Roll with a side-saddle take-off for extra technical points. 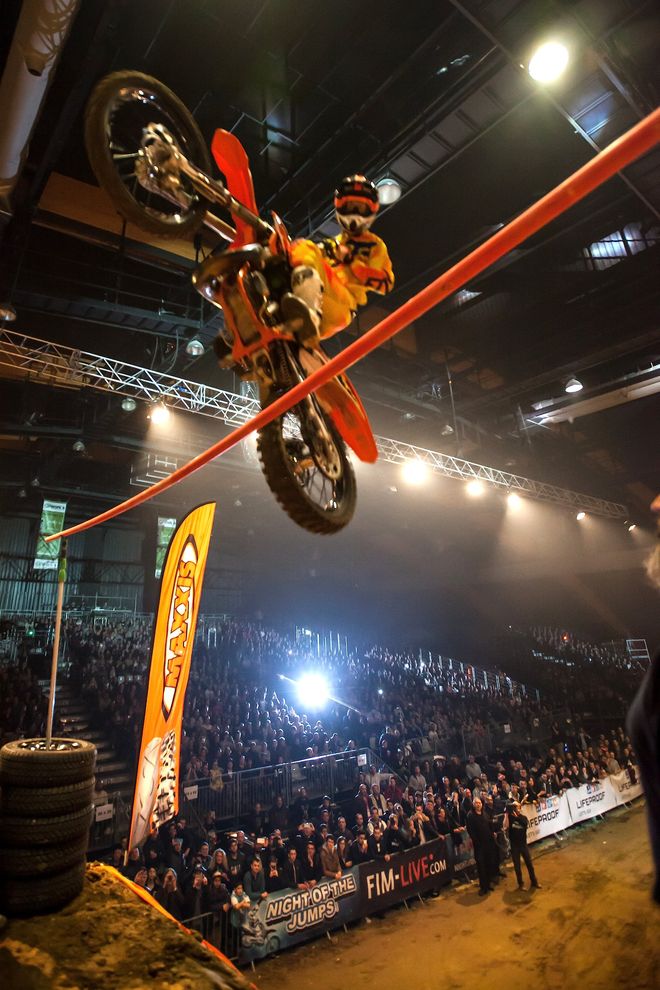 Jose Miralles claimed another Maxxis Highest Air competition over his main rival and multiple champion, Massimo Bianconcini with a wrist-jarring height of 10 meters.

However it wouldn’t be enough to defeat the final French rider of the night, David Rinaldo. David led the way from qualifications and into the final, where his night culminated in a late change of mind before the final run to switch his tricks around and add both of his body varials, the Volt and California Roll, inside the regular time limit and to finish with a Double Grab Indy Flip for the Double Up. A brave decision, needing to maintain concentration through the run with an incredible depth of tricks and it was enough to impress the judges to secure David’s second FIM FMX World Championships event in a row. 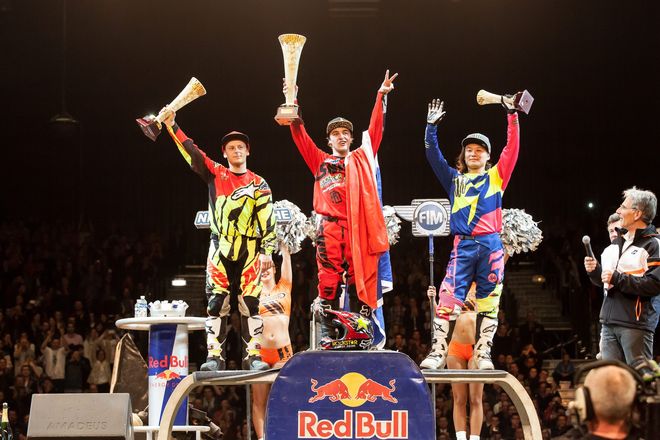 Check out the show's best tricks below.