Night of the Jumps Heads to Cologne

On 4th October 2014, Cologne will exert a magnetic force on freestyle stars and fans alike. That’s when two-wheeled adrenaline junkies will be turning up in droves for NIGHT of the JUMPs in the LANXESS arena where the Motocross World Championship is to be contested after a two-year absence. Total of six FMX world champions will be in quest for renewed glory as Rinaldo, Bizouard, Torres, Miralles, Melero and Podmol line up in Rhineland metropolis. Stoked!
24. 9. 2014 Comments: 0

NIGHT of the JUMPs first came to Cologne in 2005. Now in 2014, fans attending the official FIM Freestyle MX World Championship will as always be on the edge of their seats as they watch the freestyle competition and possibly even gasping for breath as the riders fly through the air in the LifeProof Best Whip contest or clear the bar at heights of up to 11 metres in the Maxxis Highest Air. The competition in the LANXESS arena signals the start of the second half of the FIM Freestyle MX World Championship. The occasion is marked by the best field of riders that NIGHT of the JUMPs has ever assembled in Cologne. No fewer than six former FMX world champions will be present on the night. This must surely be a record.

David Rinaldo as reigning FIM World Champion will be relieved to be making his comeback in Cologne. The diminutive Frenchman severely injured his foot and hand in last year’s grand finale in Sofia and is only now ready for a return to the fray. 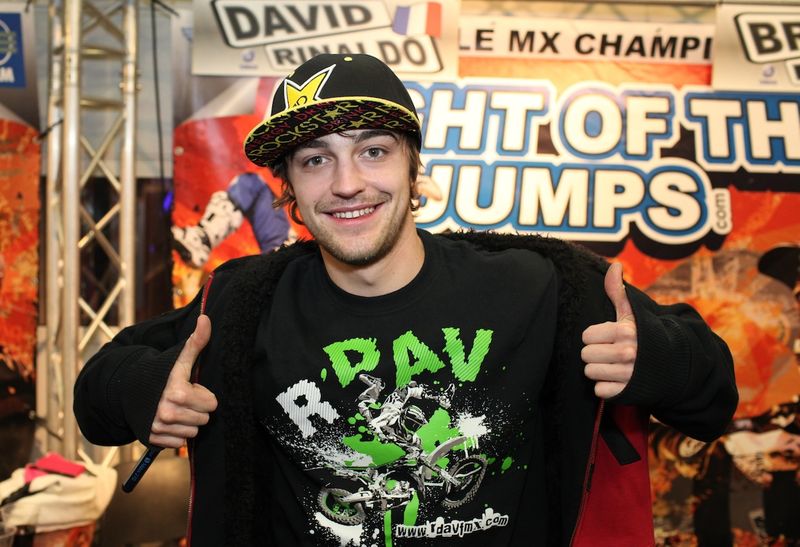 Rinaldo will be joined by two more ex-FIM world champions in the LANXESS arena – Remi Bizouard and Libor Podmol. Czech ace Podmol has been in fine form throughout 2014, having already won three world championship encounters so far this season. Meanwhile, three-time world champion Bizouard is lurking in fourth place behind the Top Three. 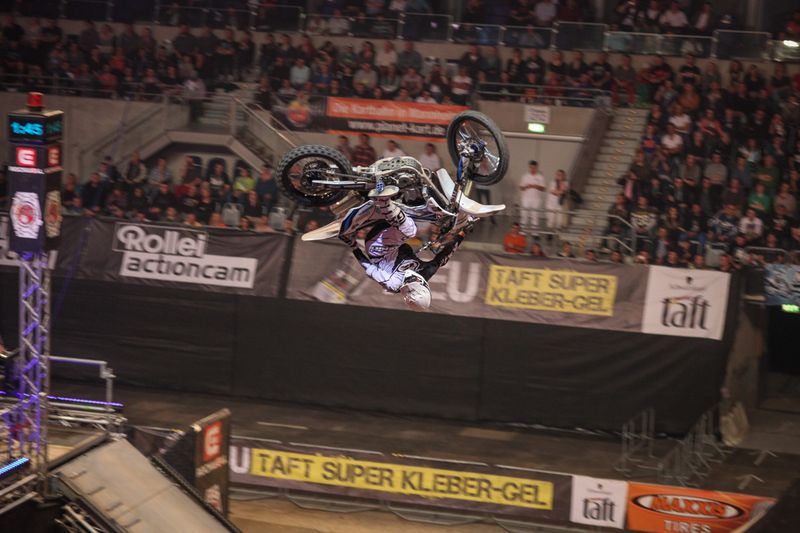 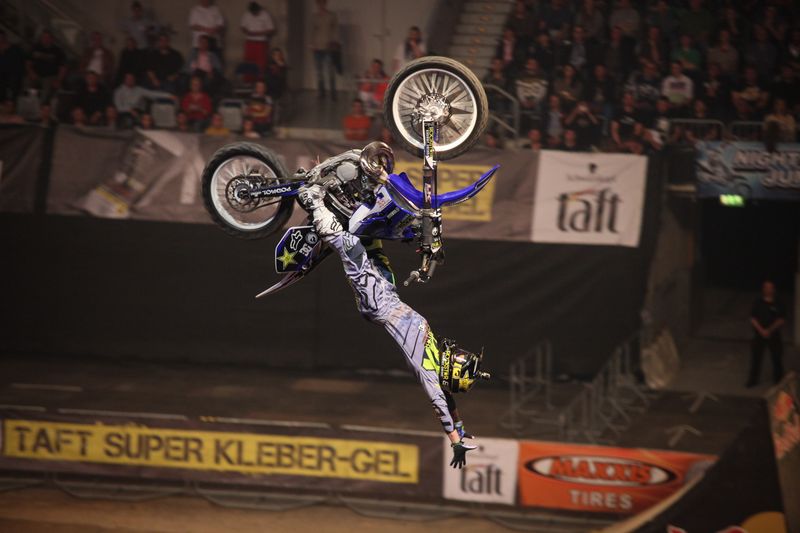 In Spain’s Maikel Melero, Jose Miralles and Dany Torres, the competition reunites the reigning Team World Champions. Maikel Melero can be relied on to pull out the toughest of tricks. He leads the 2014 FMX World Championship and is determined to leave Cologne still topping the table. Dany Torres is also firing on all cylinders and promises to perform his famous Paris Hilton Backflip. 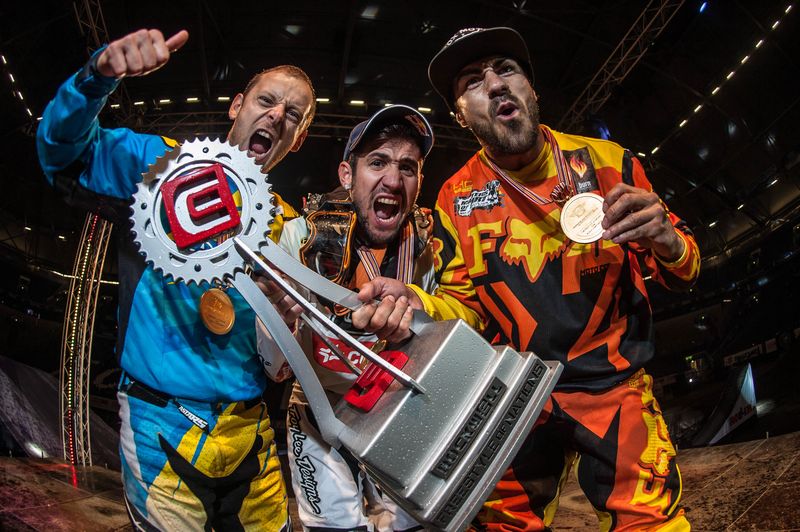 Carrying the flag for Germany are national FMX stars Luc and Hannes Ackermann. The two brothers need no further motivation to storm into the finals and to show off their repertoire of tricks. Shooting star Luc, who finished a sensational fourth in the Red Bull X-Fighters in Munich, will be aiming to score big points with his new 540 Flair on the quarter-pipe which is making its series debut in Cologne. Absolutely unmissable for all German NIGHT of the JUMPS fans! And Luc is certain to perform his Surfer Takeoff Tsunami Flip: he is the only rider in the world to have mastered this trick over the long distance. 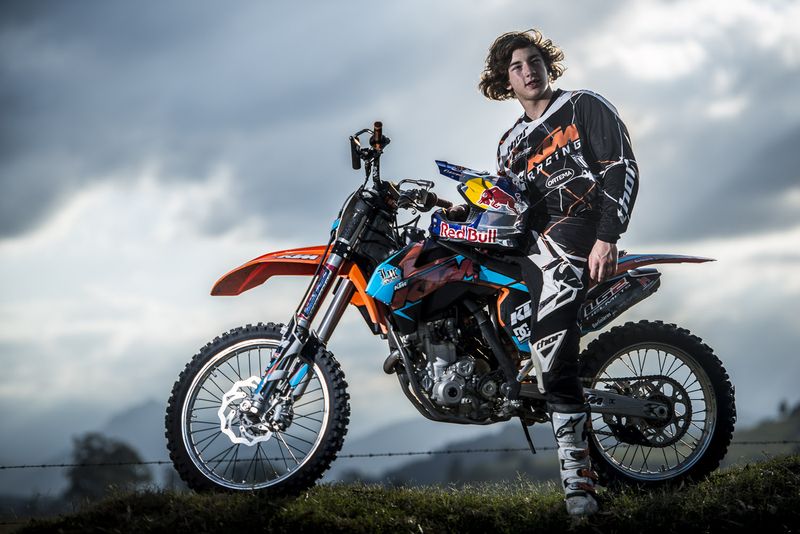 The most spectacular NIGHT of the JUMPs line-up of all time also includes a world championship runner-up in the shape of Brice Izzo. The Czech Republic’s ‘King of Flip’ Petr Pilat will see Cologne as an opportunity to make up for a mediocre first half to the campaign. Maxxis Highest Air High supremo Massimo Bianconcini (ITA) and Metal Mulisha rider Rob Adelberg from Australia complete the star-studded field. Don't miss it!