The 6th of June goes down to Masters of Dirt history for sure. Three records were broken during the Masters of Dirt Beyond the Future Tour Stop in Austria, two being world ones. First of all, there were 28.000 people present at MOD show in the city of Klagenfurt. This was a new ticket sale record for a Masters of Dirt Show within the last 13 years! That of course couldn't cut no ice with riders and they put on hell of a show at the Wörthersee Stadion that was about to roar shake and explode - the people went absolutely crazy as two BMX riders took the challenge and turned the show into the night of world records by jumping a 21m long gap.
24. 6. 2015 Comments: 0

Masters of Dirt is incorporating the biggest International FMX riders, along with the world’s leading BMX, MTB, Quad and Snowmobile riders – all mixed into an action packed arena show. MOD is not only a show – it’s a lifestyle with freestyle as entertainment. It’s a unique concept combining the most dangerous action sports in one theatrical show and the last stop in Klagenfurt only confirmed that. 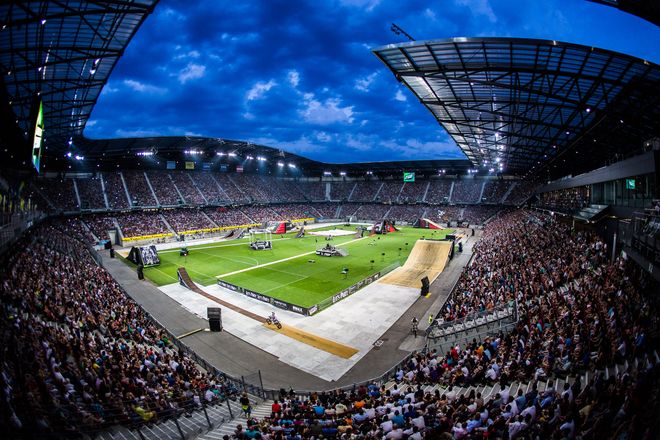 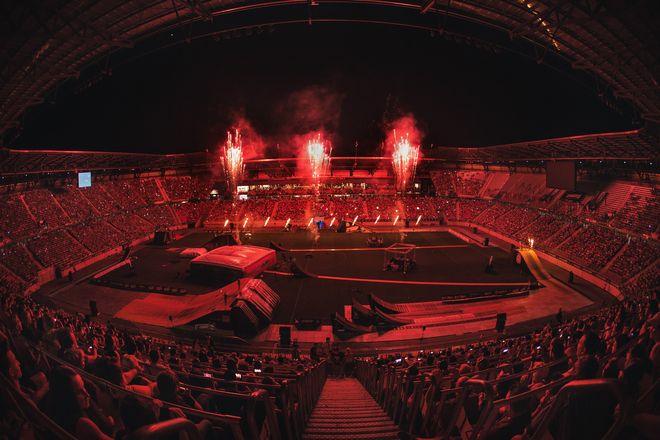 With only a few days training and the help of a 15x15m Airbag from Bagjump, Patrick Guimez (35) from France (BMX), Bienvenido Aguado (28) from Spain (MTB) and Desmond Tessemaker (23) (BMX) from Holland put the ramp to a distance of  21m. No BMX rider has ever landed this distance before. The previous world record holder was Mike Escamilla. He jumped over a distance of 18,94m, 10 years ago. This is what the guys from Masters of Dirt aimed to beat at the show. And they did! 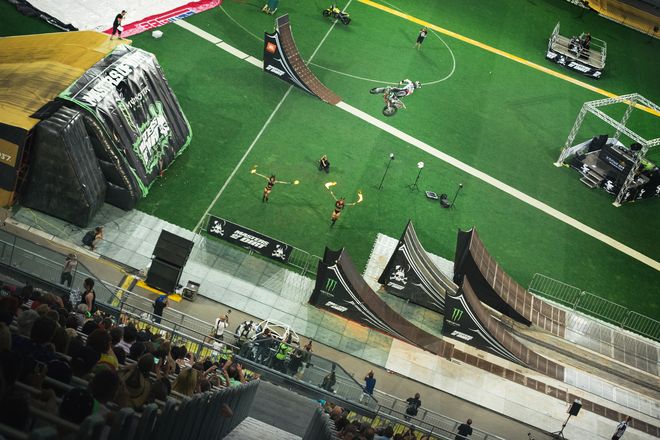 As expected Desmond Tessemaker landed the first backflip over the distance of 21m! But then Patrick Guimez did the impossible! Pulled by a high speed winch up to 70kmh he hit the 21m gap and landed a double backflip! Who would have thought, that this was even possible!? 28.000 people were pulled of their seats! He did the impossible! 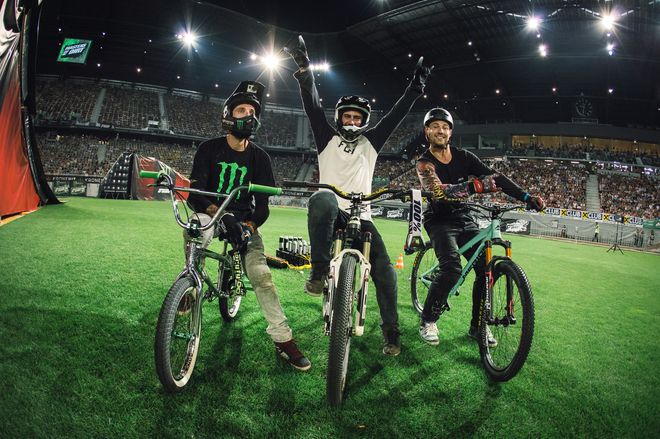 "To be honest I was really concerned about the issues due to the distance and the risk of this trick but at a point I had to lock my mind and go through the fear. As soon as I left the ramp I knew I was good and everything ended up perfect. I can't explain how I feel as I think I still didn't land from it but damn I’m so thankful for all the support and for this incredible event !! I just can say something from now: I’ll be back next year and with something new", said Patrick right after the impossible. 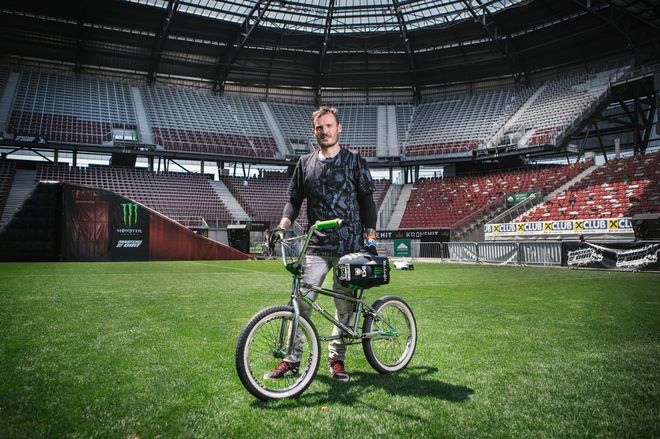 Masters of Dirt founder, Georg Fechter commented, “This was by far the biggest moment of our carrier and hopefully the start of a new area. We have proven one more time, that we are by far the most badass show there is. Thanks to everyone attending!”