Petr Pilat Crowned the 2015 NIGHT of the JUMPs European Champion

The final round of the 2015 European Championships couldn’t have ended in more spectacular fashion, with 12 riders competing at the 7th and final round of competition and three riders in the race to claim the overall championship, Czech Republic’s Petr Pilat, the German Luc Ackermann and Brice Izzo from France.
16. 6. 2015 Comments: 0

Of the three riders in the hunt, Brice Izzo would hand in his cards first, putting together a solid run, but just not enough to crack into the top 6 final and sealed his 3rd place in the overall championship. This gave Petr Pilat and Luc Ackermann some breathing space coming into the final. The Ackermann family celebrated early also, with Luc’s older brother and the winner of Friday's NIGHT of the JUMPs competition, Hannes Ackermann again taking pole position, as the one to beat coming into the Finals.  Libor Podmol, Jose Miralles and Marc Pinyol completed the final top 6 qualifiers. 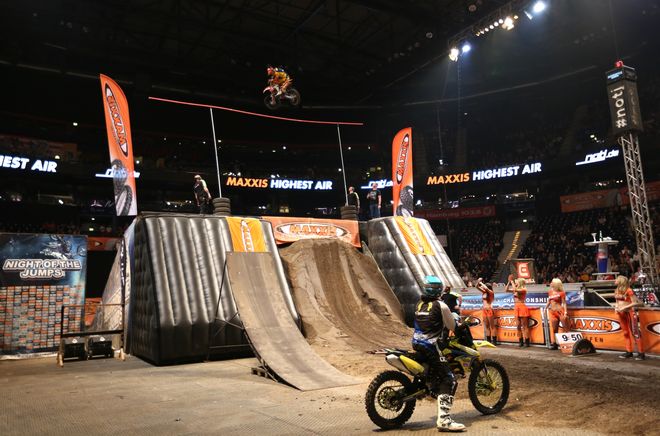 The Maxxis Highest Air was a tight competition between the German rider Kai Haase, whipping over the bar each time in style, however it was Jose Miralles from Spain whose 250 2-stroke screamed over the bar for the win.

But back to the finals. Luc Ackermann had continued to build on his recent form, landing huge backflip combos, and also the 360 and Flair securing himself 3rd place. However, even with the 3rd place at the last round, it was clear that Petr Pilat would become the 2015 European Champion. For Luc, a sensational run in the final sealed his 2015 season as the Runner-Up in the European Championships and German wunderkind status, a huge achievement at just 17 years of age. 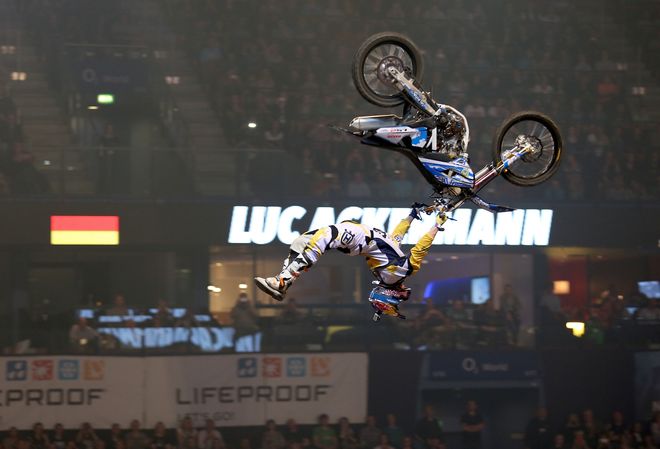 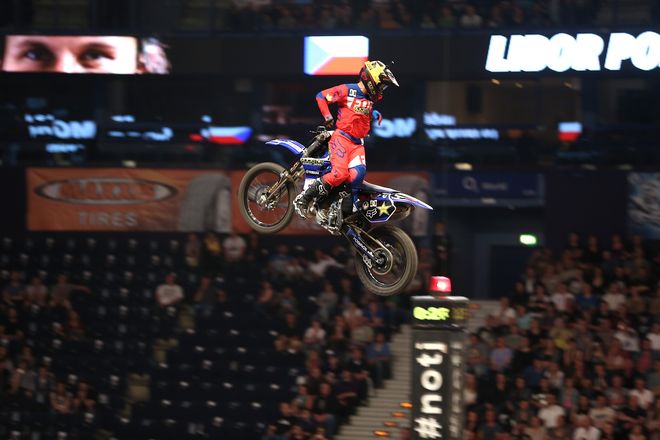 The NIGHT of the JUMPS now goes into the summer break and returns on September 05 with the FIM Freestyle MX World Championship back in London at The o2. Stay tuned! 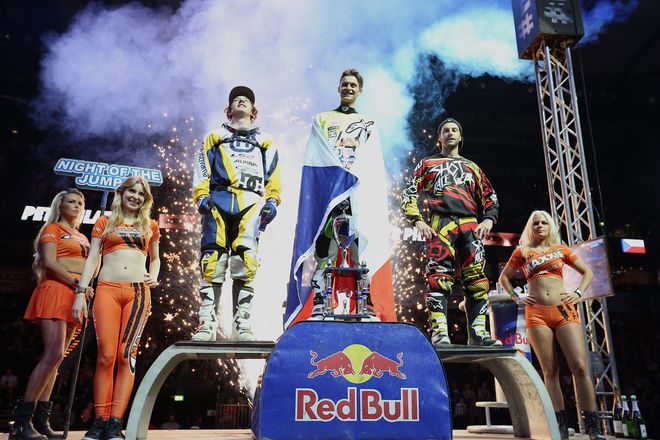