The famous Brazilian football player Neymar da Silva Santos Junior (FC Barcelona) dares a ride with the current World Rally Champion Sébastien Ogier.For one day, Neymar forgot about football and changed his football shirt with a rally racesuit to drive as co-driver on the twisty and rough roads of Montserrat, in Catalonia. One of the best in his passion – soccer, he realized that driving a fast car and reading pace notes simultaneously is not the easiest thing to do.
10. 12. 2014 Comments: 3
The Brazilian player went for a ride with two-time (2013, 2014) World Rally Champion Sébastien Ogier in his 315bhp Volkswagen Polo R WRC along the twisty roads of Montserrat mountain. “Left, right, no… right”, said Neymar – trying to get to grips with the pacenotes as Ogier sped through the hairpin corners and narrow straight. After just a few hundred metres the footballer had a good idea of just what it takes to be a good co-driver. 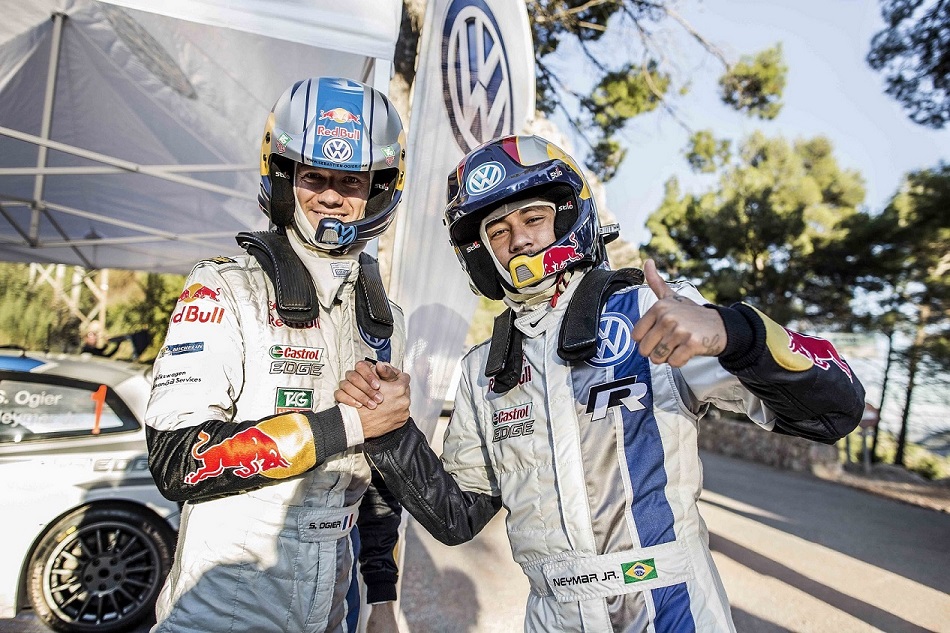 Even though he may need to familiarize himself with some of the routines and technical terms of the rally sport, the Brazilian footballer was relaxed on the stage. This was mainly because Ogier knows the roads in the north-eastern region of Catalunya like the back of his hand having won here twice in the World Rally Championship. 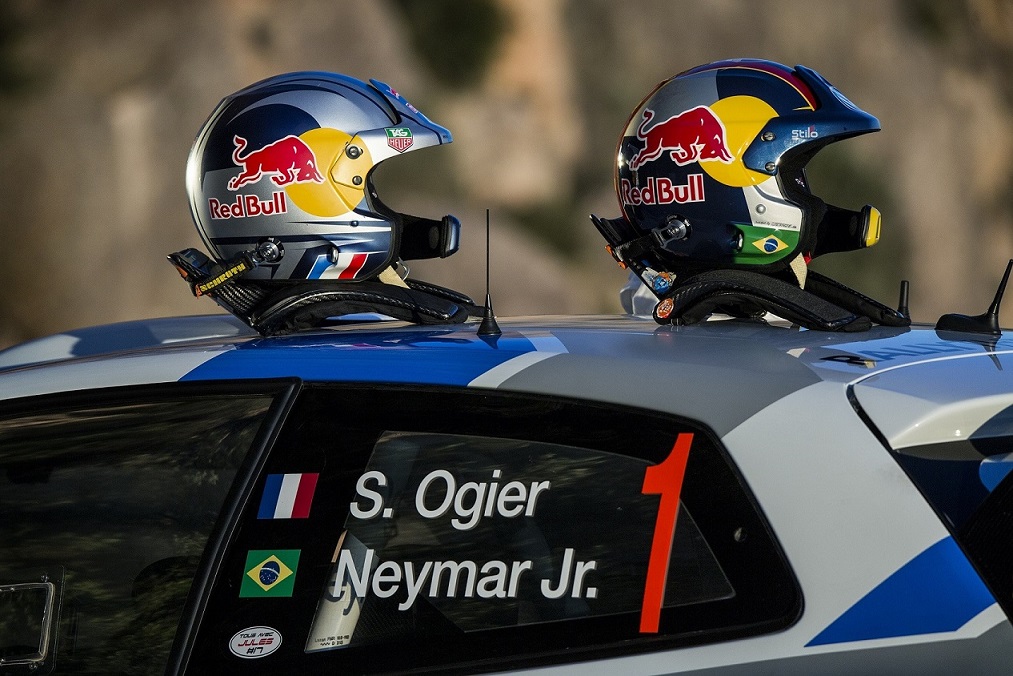 For making sure that Brazilians new captain Neymar had an unrivalled experience the French driver Sébastien Ogier gives valuable advice to Neymar about the work of a co-driver. The footballer’s greatest moments were those when he followed Ogier’s advice and just enjoyed the unforgettable ride along the rough roads.

Thanks, very interesting article! I love football and I would like to try sports betting, I ask you for help to advise me a reliable site for this. I would be grateful for advice!

Hello! It's great that you want to try something new. Sports betting is not only a hobby, but also a profitable activity, you can see for yourself by placing your first bet on this site <a href="https://maxfootballbets.com/">https://maxfootballbets.com/</a> and find out how easy it is to actually make money on it. The site is quite reliable as I myself have been using it for a long time and have never had any problems with it. Therefore, I recommend trying it here!