The Toughest Enduro Race on the Planet Has its Winner

In its 20 years long history, Erzberg Rodeo has established itself as the international World Xtreme Enduro offroad motorcycle event. Each year, more than 1500 competitors and several thousand companions from up to 40 nations, as well as 40000 motorsports enthusiasts get on their way to the small town of Eisenerz, Austria to challenge an infamous quarry-mountain-area called Erzberg. The four-day event with its festival-like characteristic has build up a reputation well known all over the world and has become a serious economical force for the whole region around the "Iron Giant".
12. 6. 2014 Comments: 0 Photos: 13

Say your prayers, that's how you could describe the Red Bull Hare Scranble in short - the highlight and Grand Finale of the Erzberg Rodeo. Only handful of total 500 riders get passed the finish line; the 4-hours long dirtbike race is regarded as the biggest and toughest single-day race in World Xtreme Enduro sports. Even some of the world's elite motorcycle off-road riders fail because of the extremely difficult and ruthless track design, which is at the same time the main reason for the highly international and exclusive starting grid. 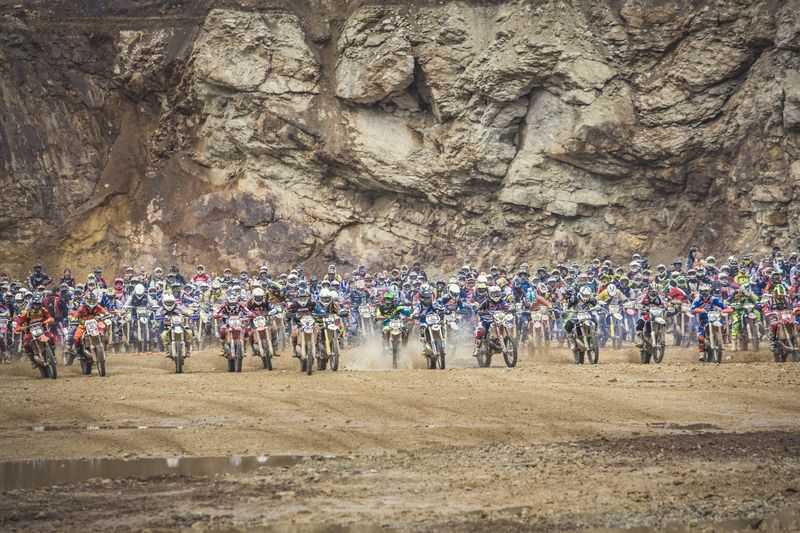 What is more unique though is not only the top-riders racing but also ambitious amateur riders trying to catch up with them from last row as well. While the international superstars fight up front for the prestigious win of the race, the rest try to literally survive the challenges of the track itself. There is no other motorsports event in the world, in which amateurs and factory riders compete shoulder to shoulder on the same track! Every night is then a celebration of those who dare to conquer Erzberg and those that support them. In other words, it is a party from hell:) If you think you will get a good sleep here, forget it:) Nobody sleeps at Erzberg! 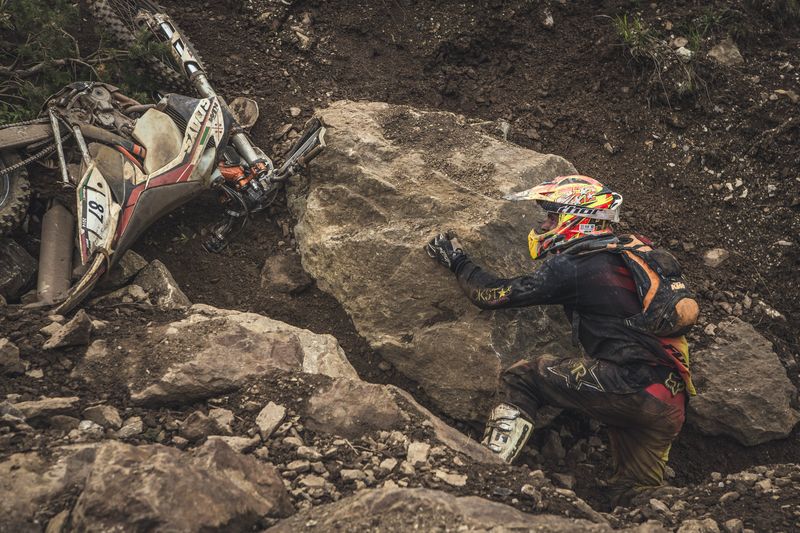 We all know how difficult the track is, but it seemed like a piece of cake for Jonny Walker. Clearing every notoriously difficult section with ease, the UK professional MX rider and British Extreme Enduro Champion won by a 15-minute lead to take his second Red Bull Hare Scramble victory at the Erzbergrodeo leaving the world's elite in dust. After the exhausting and challenging race Jonny said he felt ready and gave it everything he had. How simple:) 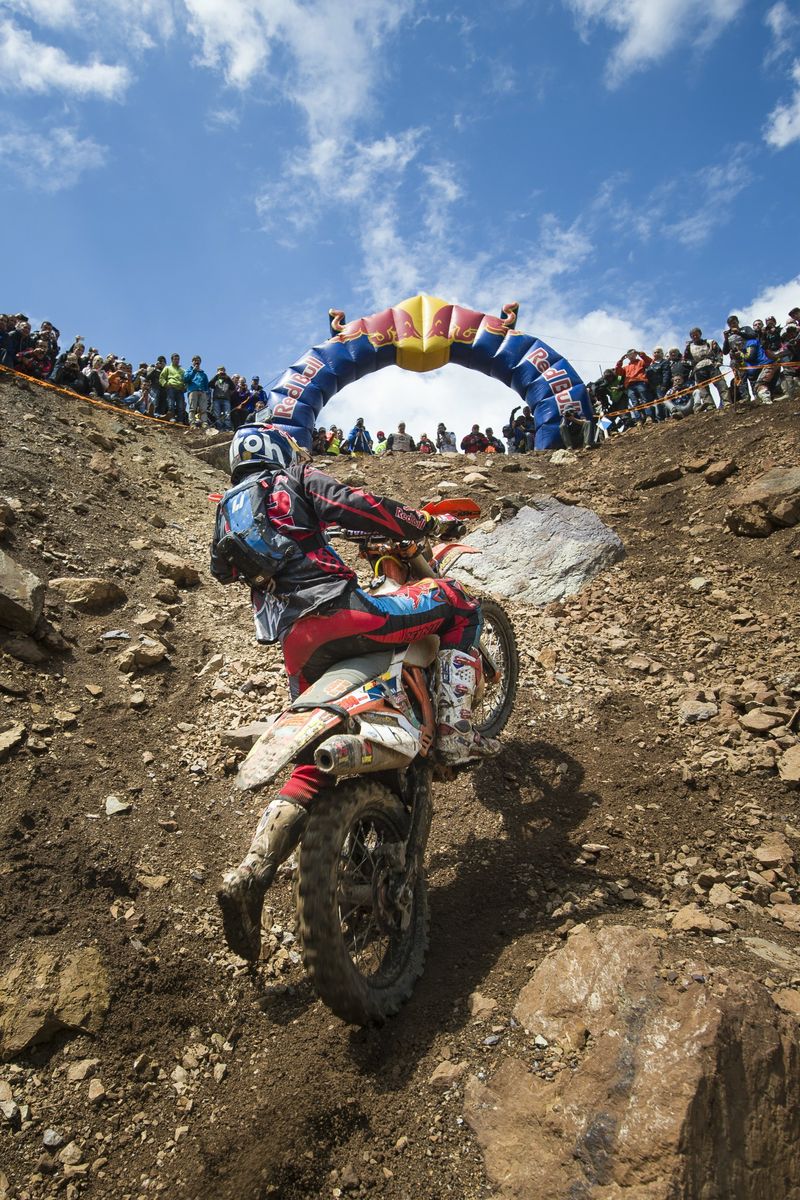 Jonny Walker on its way up to the fame

The defending champion, Graham Jarvis was expected to challenge Walker, but felt down right after the start. He however fought to the end passing the rest of the field along with Jonny's KTM teammate Andreas Lettenbichler, who finished second however, it wasn't enough to catch up with Jonny who was miles away by then. 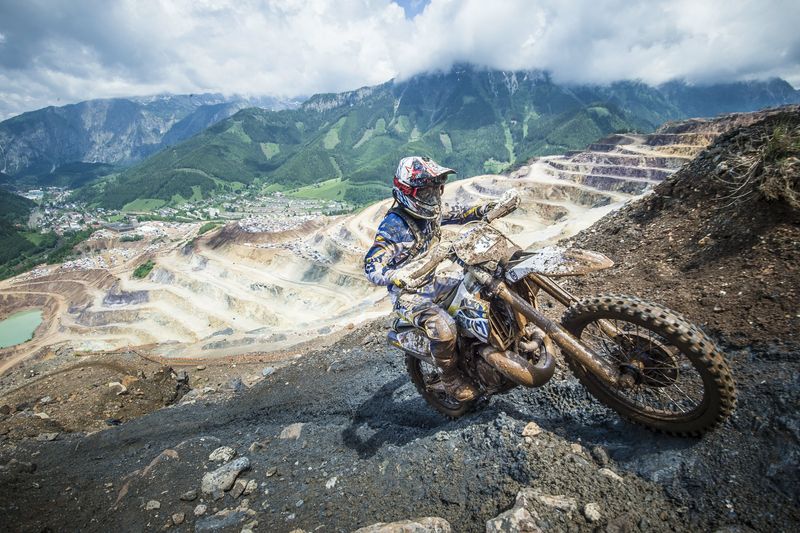 Graham Jarvis and his impressive performance after an early crash 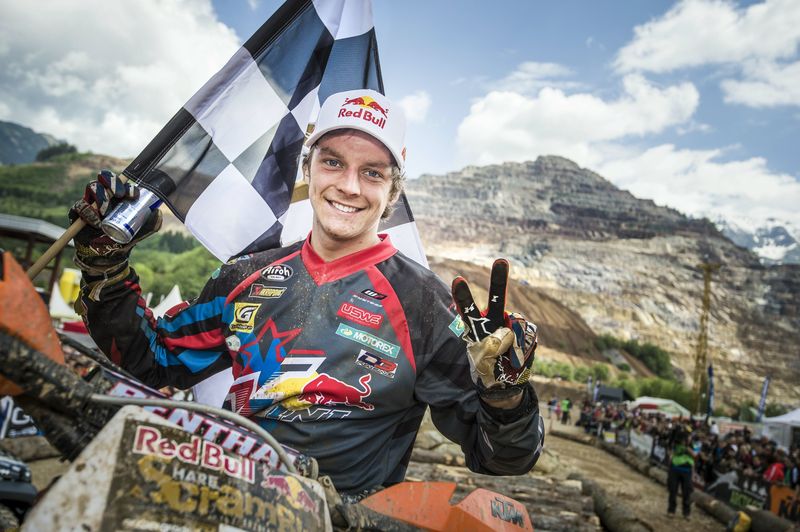 going to a party!

If you missed it this year, mark your calendars for the next one. You must see this. 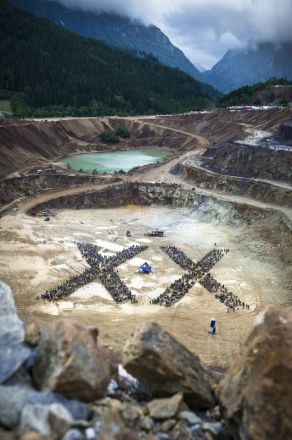