The Cape Epic 2021 returns after an absence of 32 months to the beautiful and iconic Table Mountain in Cape Town (RSA). The Absa Cape Epic is the world’s premier mountain bike stage race. This year’s route takes amateur and professional mountain bikers from around the world through 619km of unspoilt scenery and 15.250m of accumulated climbing, over some of the most magnificent mountain passes in the Western Cape, South Africa. The eight-day Absa Cape Epic is the most widely broadcasted mountain bike stage race in the world and is classified as hors catégorie by the Union Cycliste Internationale (UCI).
21. 10. 2021 Comments: 0 Photos: 21
Facebook Twitter LinkedIn

Andreas Seewald and his partner Martin Stošek powered today to an important stage win. The Canyon Northwave MTB pair remain in second overall, but they have cut the lead of NinetyOne-songo-Specialized’s Matt Beers and Jordan Sarrou down to 01:43. Samuele Porro and Fabian Rabensteiner (Trek-Pirelli) managed as the only team to stick with Seewald and Stošek on the blockbuster Fanties Pass, with all four riders racing towards the finish on the final, flattish last 10km. Urs Huber and Simon Schneller of BULLS were able to finish third on the day and the wearer of the yellow jersey, Beers and Sarrou took the fifth place.

Sina Frei and Laura Stigger (NinetyOne-songo-Specialized) also dominated Stage 3 of the Absa Cape Epic in Tulbagh today, continuing their commanding march towards overall glory. They finished the stage nearly four minutes ahead of their nearest rivals, Robyn de Groot and Ariane Lüthi (Salusmed), giving themselves a mammoth 11-minute lead in the women’s race general classification. The stage provided plenty of drama, with crashes and snapped chains occurring at high frequency.

It was the day of the Dutch-Portuguese duo of Hans Becking and Jose Dias, riding in the colors of Buff Scott MTB, who rode a flawless race to win Stage 4 of the Cape Epic. Overall leaders Matt Beers and Jordan Sarrou (NinetyOne-songo-Specialized) claimed second on the day, extending their overall lead through skill and circumstance - their nearest rivals, Canyon Northwave MTB, abandoned the stage before the start due to stomach complaints for Martin Stošek. Andreas Seewald continued as a solo rider but is out of the racing. German pair Martin Frey and Simon Stiebjahn from Team BULLS 2 finished in third today. Their fellow team BULLS rider Simon Schneller was also ill overnight but opted to start regardless. Despite the illness, he managed to complete the stage.

In the women’s it was another near-perfect ride from Sina Frei & Laura Stigger (NinetyOne-songo-Specialized) as they claimed their sixth stage win of the event. Candice Lill and fellow South African Mariske Strauss finished 1 minute and 43 seconds behind them, followed by team Salusmed and the duo Ariane Lüthi and Robyn de Groot.

In the men’s race it was Martin Frey and Simon Stiebjahn who won the penultimate stop of the Cape Epic 2021 in Wellington today. It was the first stage win for the BULLS 2 pair at the 2021 event and for Stiebjahn his first in eight Cape Epic appearances. Overall leader NinetyOne-songo-Specialized also showed strong racing today and crossed the finish line just 1.5sec after team BULL 2. Hans Becking and José Dias (Buff Scott MTB) who won the last two stages finished third.

The women’s race saw a nail biting battle between Faces CST and NinetyOne-songo-Specialized. Both teams were approaching the finish line together which led into a nail biting sprint finish. Mariske Strauss was over the line first, but Sina Frei and Laura Stigger crossed together ahead of Candice Lill and took their seventh stage win. The Swiss - Austrian duo has now a comfortable overall lead of 30 minutes and 12 seconds.

Today’s route led riders from Wellington to Val de Vie. The Grand Finale was one last test of 68 kilometres of untamed mountain biking. In the men’s race, it was team Buff Scott MTB of Hans Becking & José Dias, who were able to claim the prestigious last stage win. NinetyOne-songo-Specialized played it safe and followed only four seconds behind them. Jordan Sarrou & Matthew Beers are crowned the well-deserved 2021 Cape Epic champions! They are the first ever men team to wear the yellow leader jersey at the start of every stage. The women’s race was not up for any surprises either. Team 91-Songo-Specialized made it the perfect race by winning all eight stages. Sina Frei & Laura Stigger (SUI/AUT) are the youngest Cape Epic winners in the women’s race ever with an phenomenal performance from start to finish in their also first ever Cape Epic appearance. 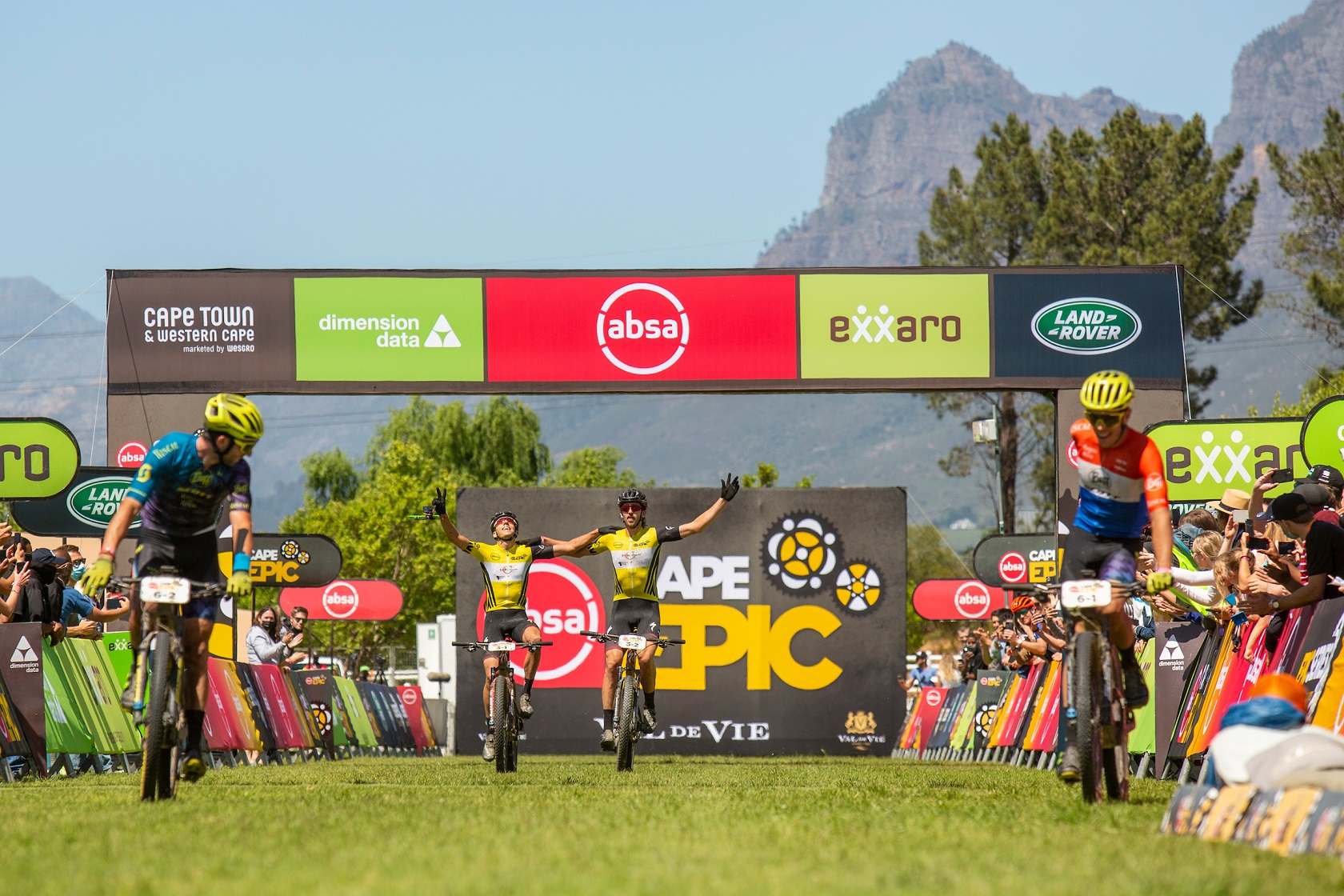 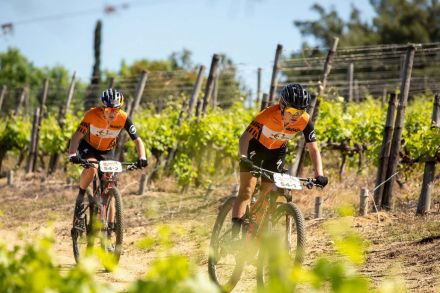 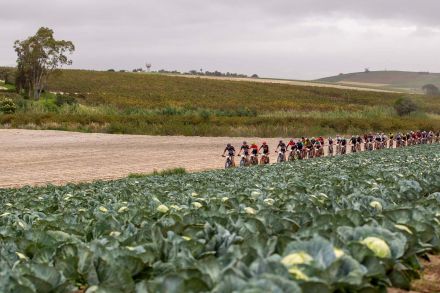 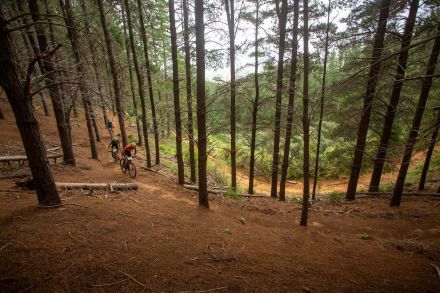 10 tips for the best trail riding in the Czech Republic

The Internet is full of tips for the guaranteed best “stuff”. However, the choice is always subjective or “to order”. That's why we reached out to various bikers to balance their subjective choices with a variety of perspectives. Young racer, a “dad” with a cycling background, a hobby rider, a… 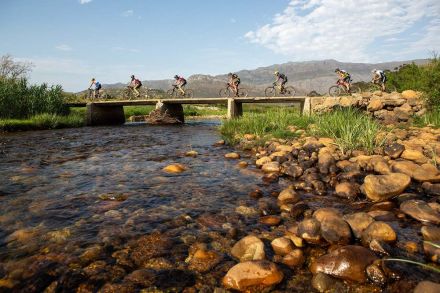 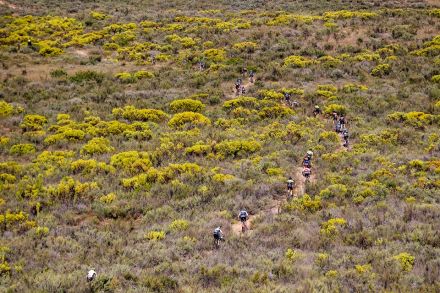