Nino Schurter and Lars Forster wrapped up the 2020 Swiss Epic title in fine style. The SCOTT-SRAM combination had no need to win the final stage, in Davos, but they did so regardless; ensuring that they put an exclamation point on an emphatic victory.
23. 8. 2020 Comments: 7 Photos: 14
Facebook Twitter LinkedIn

Nino Schurter’s hunger for victories has clearly not been dampened by an absence from racing. The SCOTT-SRAM star and his teammate, Lars Forster, raced to their fourth stage win of the 2020 Swiss Epic; in Davos on Saturday, 22 August. In so doing they wrapped-up the title, securing the crown by an emphatic 10 minutes and 32 seconds.

Right from the off, on the 61-kilometre-long final stage, Schurter was eager to drive the pace. The multiple World Champion was in no mood to let his rivals make the racing close. His relentless approach, which he was unable to channel into races due to the Covid-19 enforced cancellation or postponement of most mountain biking events in 2020, led to the men’s field being whittled down on the opening climb. 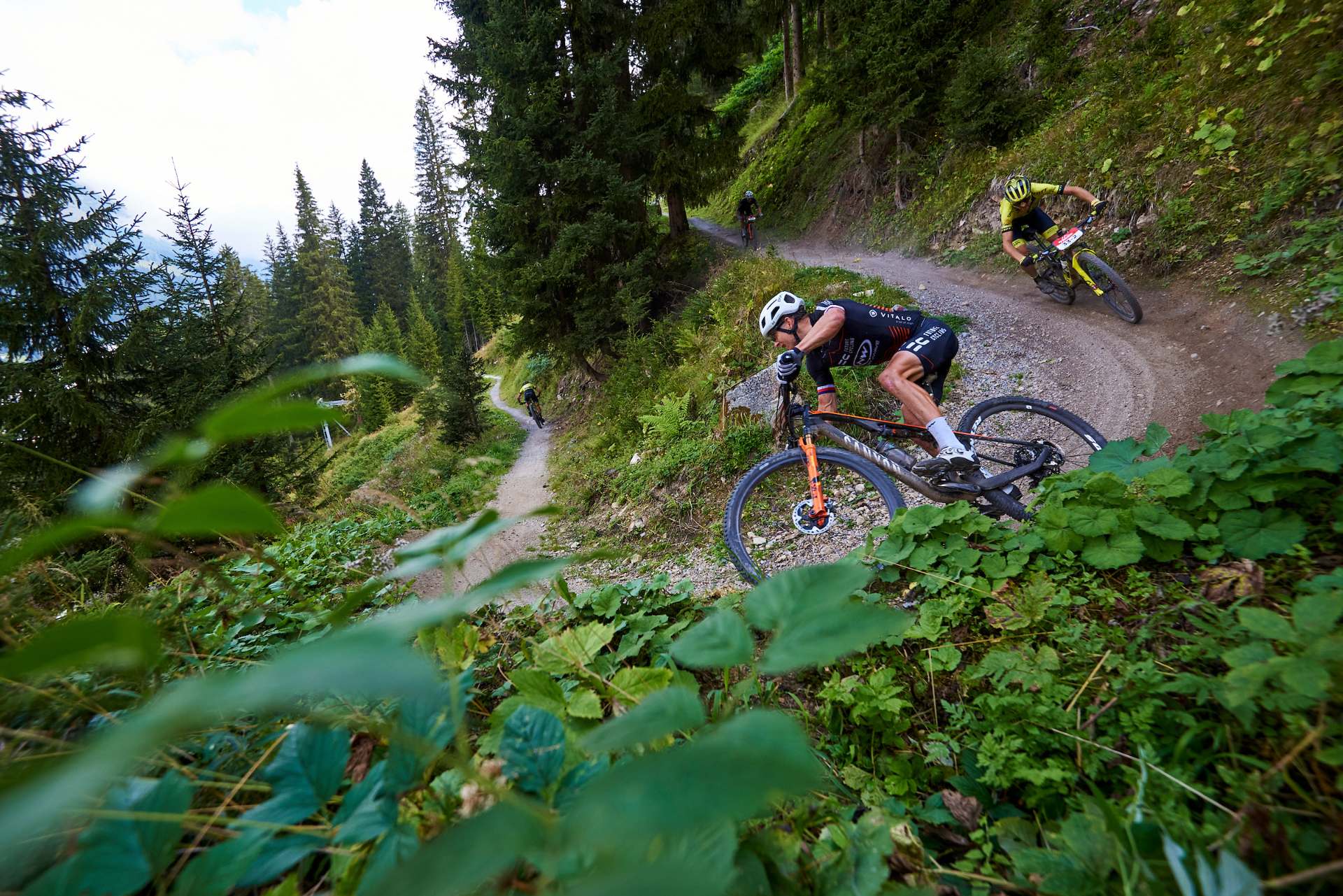 The route aided Schurter in his bid to make the day a tough one for everyone else in the Swiss Epic. From the gun, the course climbed; rising from Davos, at 1 500 metres above sea level, to the highest point of the day, at 2 321 metres, within 10 kilometres. Only Trek Pirelli 1 and TEXPA-SIMPLON could match SCOTT-SRAM initially.

BMC Fischer’s Casey South and Noah Blöchlinger used the magnificent Panorama Trail to bridge across to the leaders, swelling the group to four teams. For a while thereafter, Schurter was content to let the pace drop as Fabian Rabensteiner and Samuele Porro took over control, of the quartet of teams. The Italians did not allow it to become too easy, however; under their watch, Andreas Seewald and Markus Kaufmann were shed from the group. Followed soon after by South and Blöchlinger.

On the climb to the trail head of the Ischalp Trail, the final spectacular singletrack of the 2020 Swiss Epic, Schurter sent Forster to the front. Though the junior partner in the SCOTT-SRAM team looked all but spent, he managed to hold off Rabensteiner and Porro enough to ensure that he and Schurter led into the final singletrack.

The 5-kilometre-long Ischalp Trail winds its way down towards Davos from nearly 2 000 metres above sea level. This gave SCOTT-SRAM the opportunity to rely upon their superb technical skills. Berm after berm, root and rock after root and rock they edged away from Trek Pirelli 1. By the foot of the trail, they held a lead of over 40 seconds.

With that, the Stage 5 victory was sealed and along with it the overall Swiss Epic crown. “It’s a beautiful victory. It’s different to winning a cross country race or even the Absa Cape Epic, because of all the climbing” Schurter reflected. “I’m really happy to have the Swiss Epic victory on my palmarès. The entire week went almost perfectly, we had no mechanicals or punctures and secured four stage wins. I’ll admit, coming into the race there was a question mark as to how Lars [Forster] and I would climb those mountains. Having answered those questions, I’m really happy with the stage victories and the overall title.”

“It was an amazing week. A tough week. With really big mountains” Forster added. “We suffered a bit on the long climbs, especially in the first two stages. We knew going into the race that we wouldn’t be the strongest there; but we were able to hold on, every time, to the best climbers and then in the downhills, we were the fastest. Being able to exploit our strengths and challenge ourselves in an area where we aren’t as good makes winning the Swiss Epic a joy.”

Forster and Schurter’s victory margin of 10 minutes and 32 seconds underlined their dominance on the 2020 race, through Graubünden. Trek Pirelli 1 were their nearest rivals on 3 of the 5 stages. Rabensteiner and Porro will be happy with their return to racing too, though they would have liked to have challenged SCOTT-SRAM more closely. They would have too, if it were not for Stage 2, when they lost over 4 minutes of the 10, they eventually conceded.

Future Cycling Northwave secured the third and final GC podium position, despite finishing sixth on the last stage. Kristian Hynek and Martin Stošek were the only riders other than the race winners to secure a stage victory. Further down the GC, TEXPA-SIMPLON leapfrogged the BULLS Youngsters on the final stage. Seewald and Kaufmann finished the day in third and moved up to fourth overall, while Martin Frey and Simon Schneller slipped to fifth.

With the 2020 Swiss Epic completed, the mountain biking world’s attention shifts forward. One can only hope that the race in Graubünden road-mapped the path to safe and successful mass participation events within the context of the Covid-19 pandemic. This is in no small part due to the exceptional hard work of the host towns – Laax, Arosa and Davos – as well as the canton of Graubünden. “On behalf of everyone at the Swiss Epic – the crew, the volunteers and of course the riders – I’d like to express our gratitude to Graubünden, Laax, Arosa and Davos” thanked Felix Eichenberger, Managing Director of the Swiss Epic. “Organising the Swiss Epic this year has brought with it unique challenges, but with the help of our partners and the host towns, it was possible to stage a truly remarkable, world-class, event. I hope every rider thoroughly enjoyed their time in Graubünden and that they will return once again, to take part in the 2021 Swiss Epic or on a vacation to experience the other attractions this beautiful region has to offer.”

Looking further ahead, mountain bikers will now be able to plan for 2021 and the return of the Swiss Epic next year. The event is scheduled to take place from the 17th to the 21st of August 2021 and general entries will open on 9 September 2020, at 16:00 (CET). 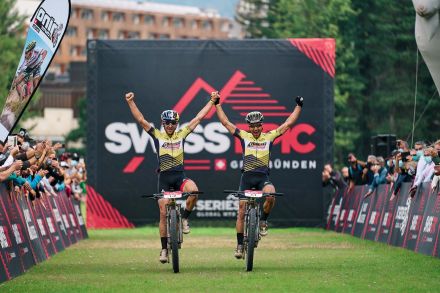 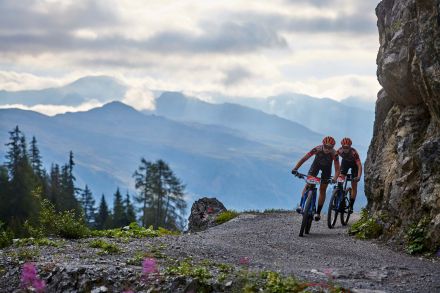 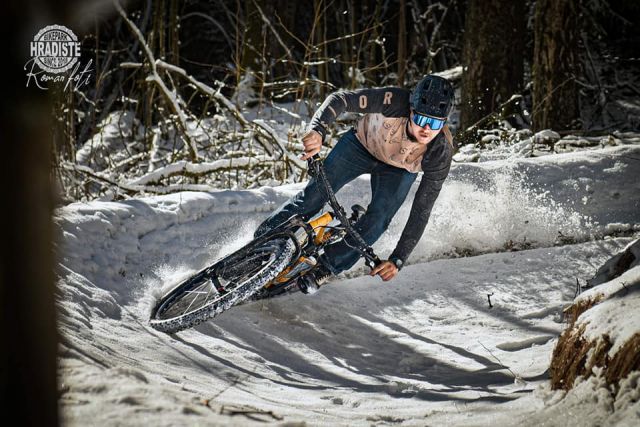 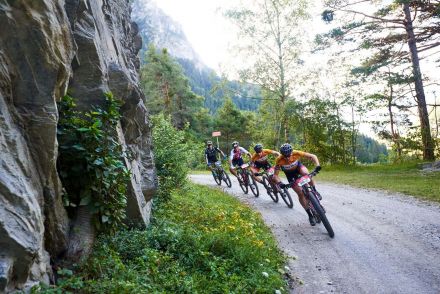 : I would say that this girl will also benefit from her friend.If you want to do this too, then click on surat escorts it .
http://www.suratescortagency.com/

Outstanding article you should also read this
https://pmkiyojana.com

Nice blog. I loved to read your blogs. It was a very informative blog I must say. You shared such quality key points with us. Thank you for sharing.
https://plenty-offish.com/

My name is sunena malik, and I am from Surat. When you enjoy Surat escorts service, you will not be able to live without praising. What happens when two burning bodies cling to each other? If you want to know, then press on your finger at SURAT ESCORTS AGENCY. Welcome to your fastest service site.
http://neeha.in/