The Fest or, if you want, The International Festival of Mountaineering Films, attracting mountaineering and other outdoor sports enthusiasts to “Adršpach“ at the end of August (August 25 - August 28, 2016) is now just slowly echoing in our memories.…
3. 2. 2017 Comments: 0

The Fest or, if you want, The International Festival of Mountaineering Films, attracting mountaineering and other outdoor sports enthusiasts to “Adršpach“ at the end of August (August 25 - August 28, 2016) is now just slowly echoing in our memories. Within the four days, a lot happened. Nobody was really able to make it all, see all the interesting stuff. That’s why we decided to bring, along with the report, a short documentary video to you.

In total, two theatres hosted 48 films from 15 countries included in the competition. 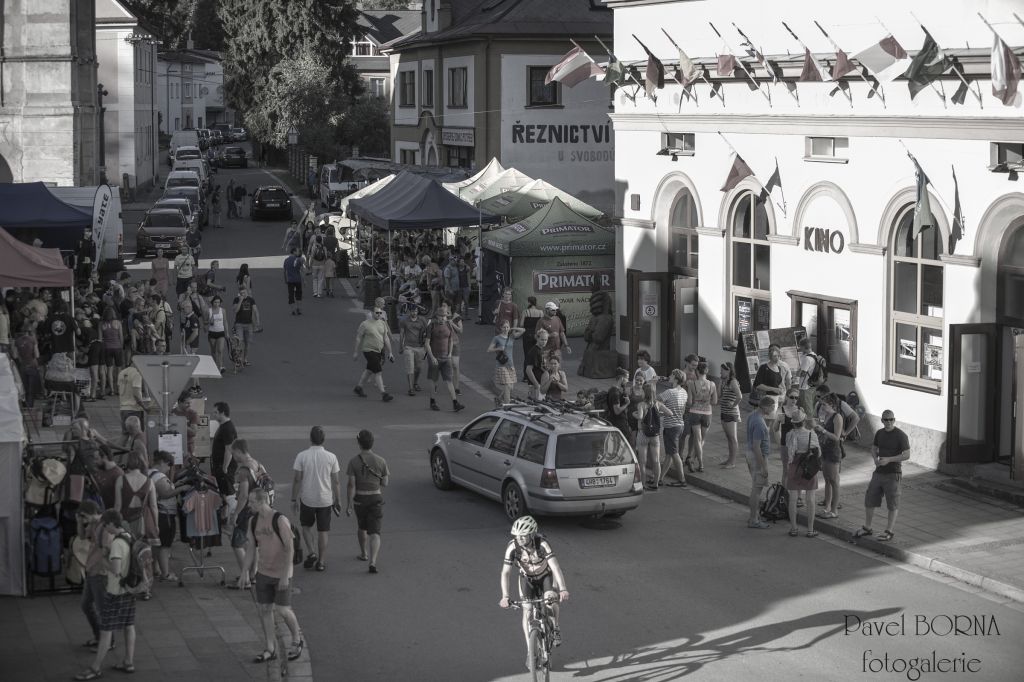 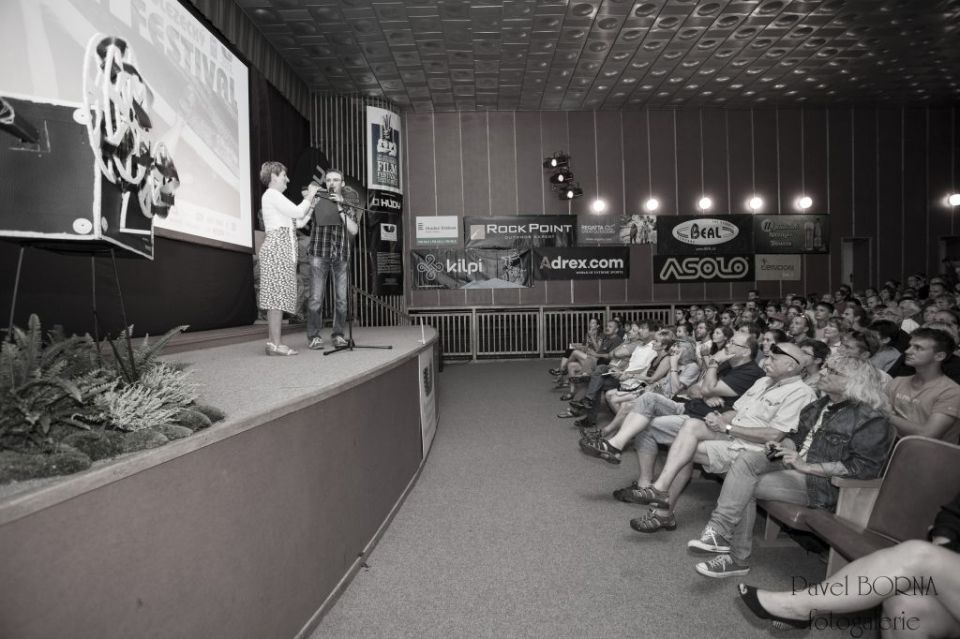 “The visitors could see two exhibitions. One of them, seated in the information centre, presented Ivo Sedláček’s photographs, while the other presented large-format photos by professional photographer Vítek Ludvík, who belongs to top extreme sports photographers. The programme also included talks with attractive guests, whose experiences and memories took the audience to remote locations and out of the world of ordinary mortals. This year, these talks included Pete Whittaker and Tom Randall, unique crack climber partners, known rather as Wide Boyz. Other lecturers included Slovak mountaineer Ján Smoleň, who talked about his expeditions, Czech-Swiss Čestmír Lukeš and Czech climber Ondřej Beneš.” 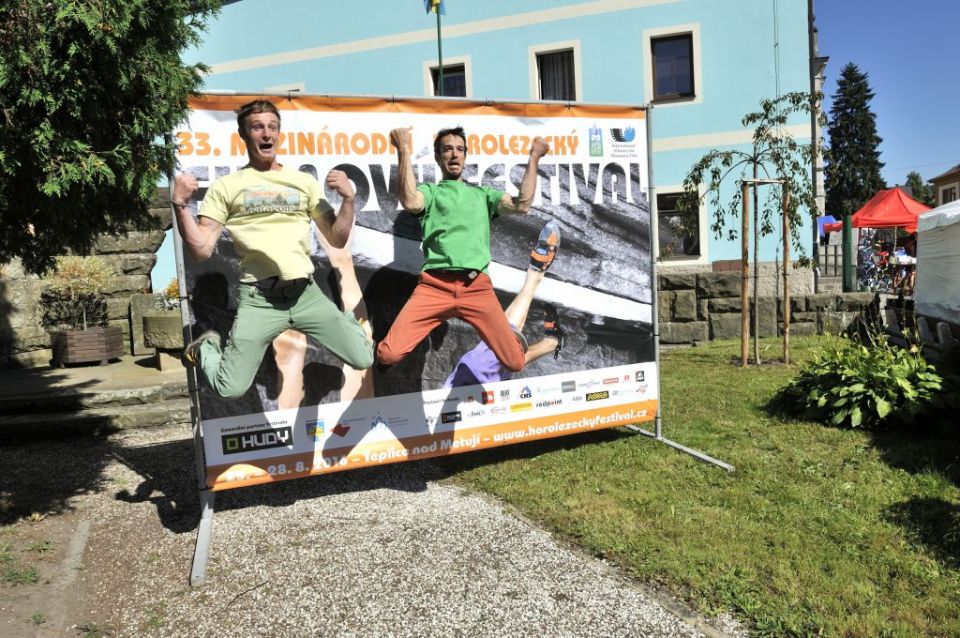 The wonderful summertime weather allowed also outdoor events and activities in a nearby park. On Friday night, spectators‘ attention was attracted by slackline competition Adrex Trickline Cup and on Saturday by the qualification with night Rock Point Bouldering Czech Cup Finals. On Sunday, for the first time in history, Czech Youth Championships in Bouldering was on. 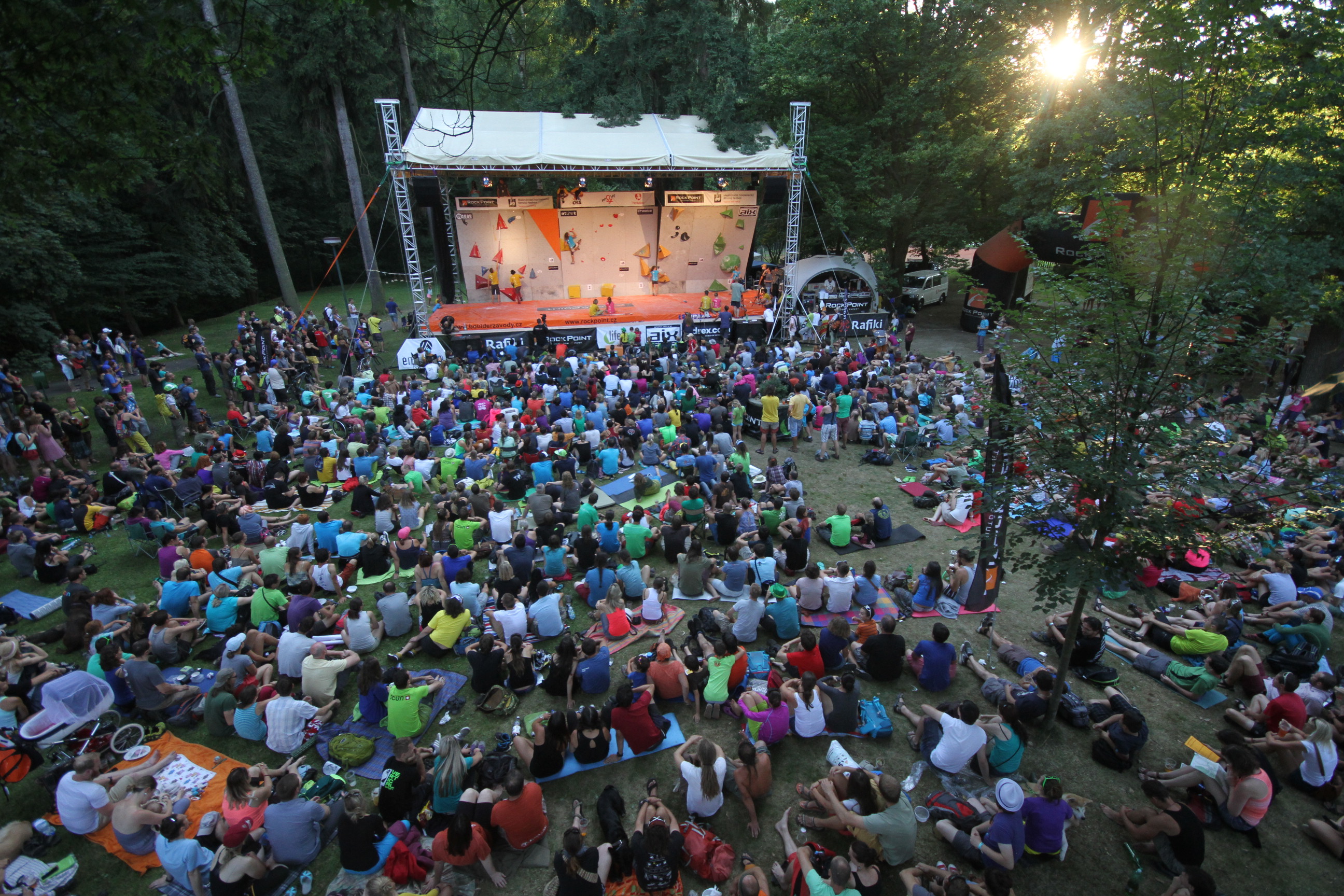 Other events were Friday‘s bouldering cup for children, Sunday’s run in the rocks La Sportiva cross and, in the course of the festival, various “climbing” competitions, such as Věšák (Hang Climber), Spára (Crack), Širočina (Offwidth) and Lezení poslepu (Blindfold Climbing). Anyone who wanted to go online even in the place without connection could connect to Adrex public network. 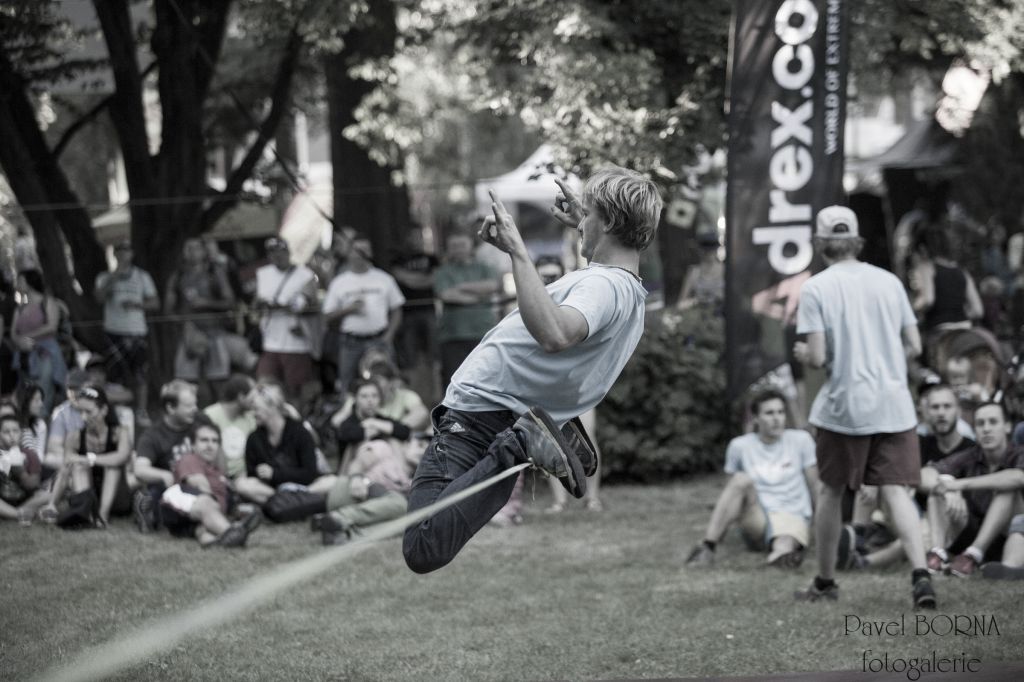 Nights in the festival, traditionally dedicated to music at the local football pitch, hosted the following musicians this year: Anna K., Vyhoukaná sowa, Pumpa, Queens of Everything, Abraxas and Echt!. On Sunday, the final section of the festival included a church service in the memory of deceased climbers, drawing spectators' tickets by lot and, above all, the final award ceremony where winner films were announced.

Máša Jirmanová invites for the next year:

“If you want to enjoy some adrenaline, meet great Czech and foreign climbers and absorb cool atmosphere and wonderful energy present with the athletes and the mountaineering fans, Teplice nad Metují is the right place to go at the last weekend in August. Do not forget to open your diaries and note August 24 to August 27, 2017. We are looking forward to seeing you at the Fest. Let‘s hope the weather will be as good as this year.”

See you in Teplice nad Metují! We will inform you in due time.