On Saturday, April 15, Czech sky-running season was open by a big event. From early morning, runners were gathering below the peak of Ještěd, to reach the number of over 500, including all the top Czech athletes. There was something special hanging in the…
5. 5. 2017 Comments: 0

On Saturday, April 15, Czech sky-running season was open by a big event. From early morning, runners were gathering below the peak of Ještěd, to reach the number of over 500, including all the top Czech athletes. There was something special hanging in the air. The best time expected from the top runners were supposed to be close to two hours. The base for the event was built in the parking area at the foot of Ještěd. The program was full of accompanying events, including music bands a bar in a large tent. 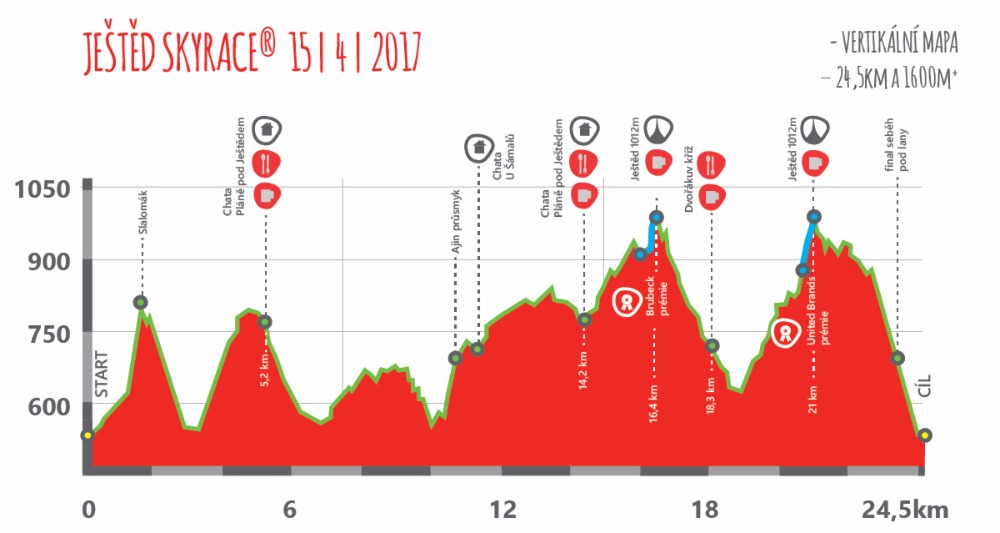 The participants, including an editor of Adrex.com, were ready for a 24.5 km long track with 1600 metres of positive cumulative elevation gain – respectable parameters, indeed. Apart from professional runners, the race was open to all trail run enthusiast. All of them could see the best of Ještěd Ridge. This year, the race was also Czech Championship in SkyRace, divided into three categories: Adults, U20 and Junior. 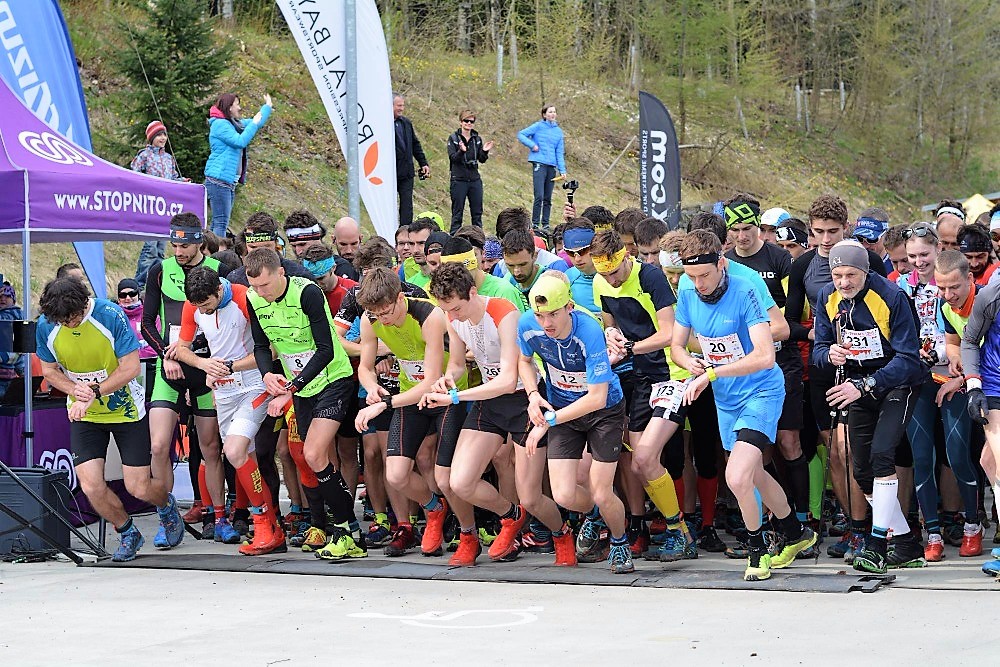 The race was started at 11 AM by the mass start of all the sky-runners. The weather was perfect for running. Shortly after the start, the track started to go up the black slope. After a short fast traverse, the runners went down what they had climbed before. After that, the athletes ran up to the first refresh point at Pláně pod Ještědem, which they were to run past again later, wile coming back before the first reaching of the peak of Ještěd. An interesting, but also very demanding stretch of the track was the part going up the steep hill to reach so called Ája’s pass. Leading the professional athletes back to Pláně and in a brick pace to the peak of the Liberec Region dominant feature, the next part offered wonderful views to the both sides of Ještěd Ridge. By that moment, the hobby runners had not started the first run up the hill to the peak, while the first top runners were already to get to the final downhill run. The uphill track went through a rocky field, one of the most attractive parts of the race both for the competitors and the audience, who cheered all the runners loudly to encourage them in their attempt to reach the sky. The technical run-down took the runners approximately 400 elevation metres lower, letting them enjoy the full run-up to the peak one more time. This part also went through a stony field, only on the other side of the peak. On the peak of Ještěd again! Though it might have seemed that the difficult part had already been behind the runners, there were still 3.5 km left to the finish, including the final run-down under the cable way. 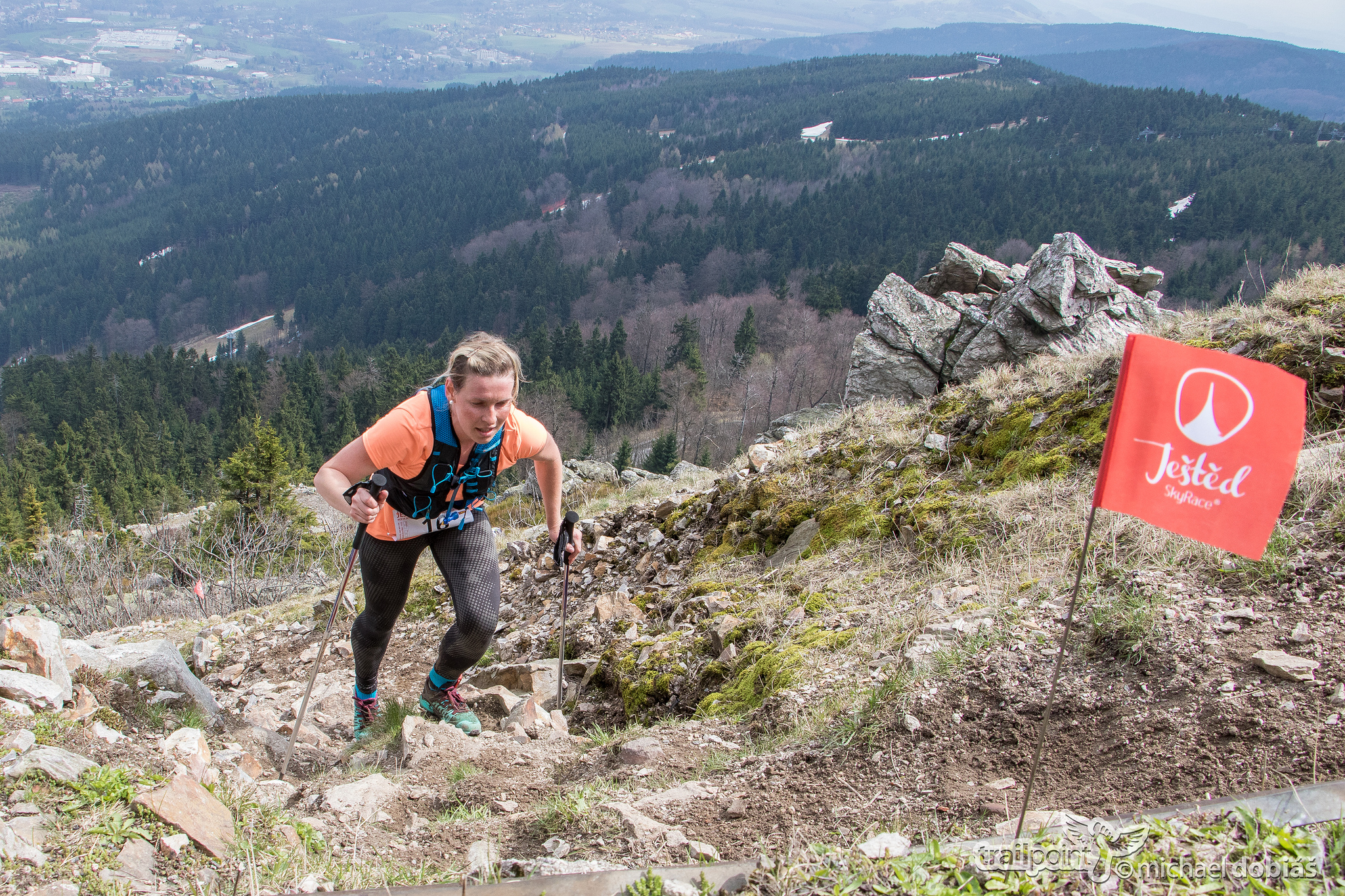 The first athlete to reach the finish line in a fantastic time of slightly under two hours was Ondřej Fejfar, the fastest woman was Pavla Schorná. 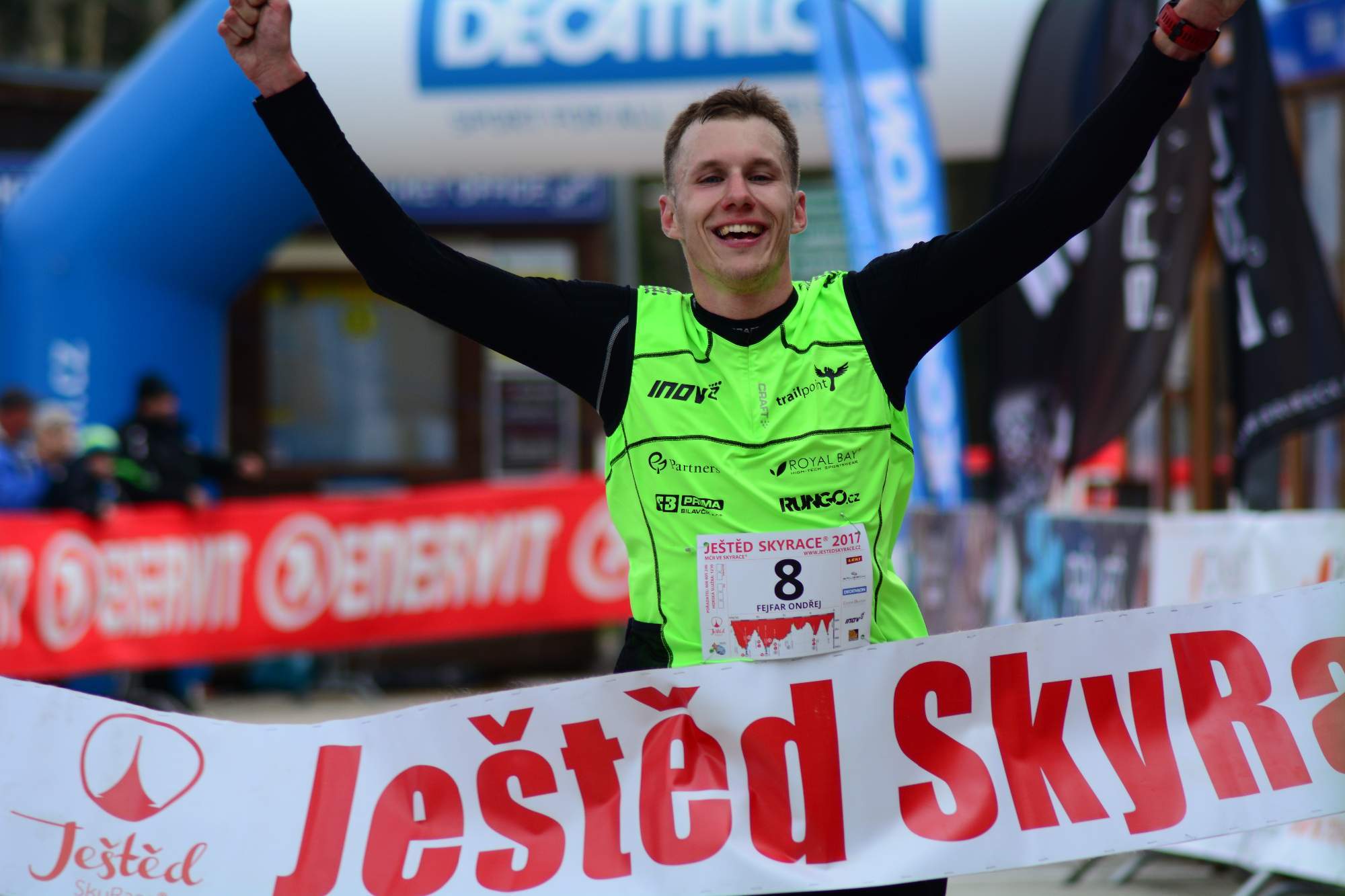 A splendid race with a splendid atmosphere, showing the runners the best terrain at Ještěd, with diverse surface from stones to roots. Due to the long winter, some stretches of the track were partly covered by snow. Steep run-ups were complemented by fast traverses and demanding run-downs. Everyone really enjoyed SkyRace – the professionals, but also the hobby runners, who deserve their respect as they were able to finish this extremely tough race.