Hill Kozákov near the town of Turnov, the highest peak of Bohemian Paradise (Český ráj), does not stand out with its height of 744 metres above the sea level. It is mainly known by tourists and paragliders. However, on the map of the Internation Downhill…
20. 9. 2017 Comments: 0

Hill Kozákov near the town of Turnov, the highest peak of Bohemian Paradise (Český ráj), does not stand out with its height of 744 metres above the sea level. It is mainly known by tourists and paragliders. However, on the map of the Internation Downhill Federation parenting downhill skateboarding it is one of 6 significant destinations.

Its stable position in the world cup calendar was proved by the ninth year which took place between July 18 and July 22. As usual, the Elite race is roofed by Czech Gravity Sports Association (CGSA) and International Downhill Federation (IDF). It brought together top European and world athletes from 32 countries, including Sebastian Hertler and Patrick Switzer. On the fastest Czech track, 169 longboardists and 17 luge riders competed in qualification rounds and the finals which took place on Saturday.

The race includes two disciplines – longboard, where the riders reach speed of 80 to 90 kmph, and luge, where the riders rolling down the hill are lying on the board, some of them at over 100 kmph. In longboard, in addition to the OPEN race with all the riders, there are separate categories for women, juniors and so called Masters, racers over 35 years old. 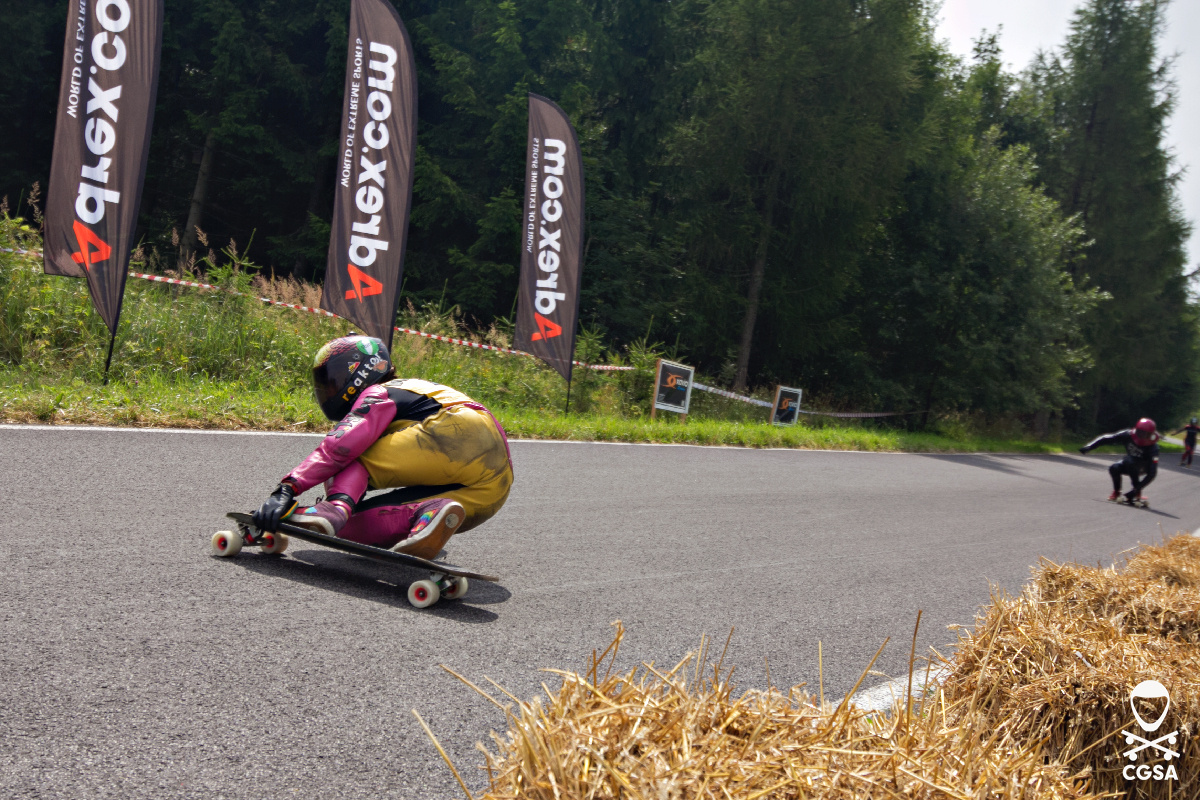 The qualification rounds were preceded by several days of free riding and training. The atmosphere at Kozákov is friendly, which can be seen not only in the training and outside the race corridor, but also in the real competition.

The spectacle attracted hundreds of visitors. Most of them respect the festival-like atmosphere, camping in the nearby grasslands. At night they join the athletes at the PARTIES.

The clockwork functionality is secured by a numerous team of organizers led by Jan Profous, Petr Záleský and Jakub Křovák, who rise to routine and unexpected challenges. The overall ease and smooth organization is supported by Berry Plasman, the representative of the International Downhill Federation (IDF) who supervises the competition code so that all the rules and policies are followed. 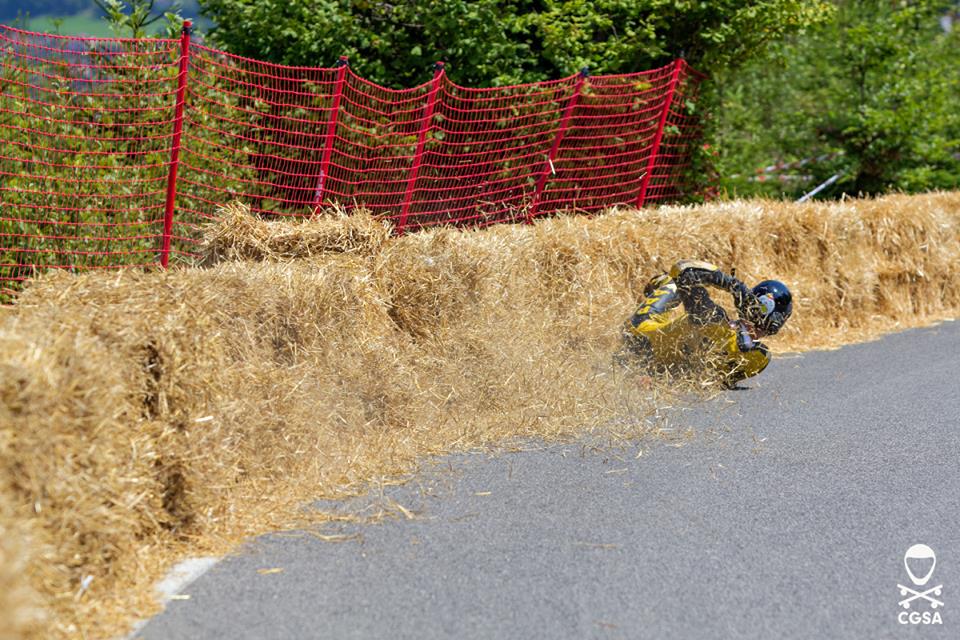 Even though the results are important as regards the positions of the world cup, the well-enjoyed and safe ride itself is the priority. At Kozákov, they had plenty of it. For Czech audience, Pavel Zajíc’s second position in Masters and the fourth position of young Andrej Ilič among the experienced riders in Luge are the most interesting results. 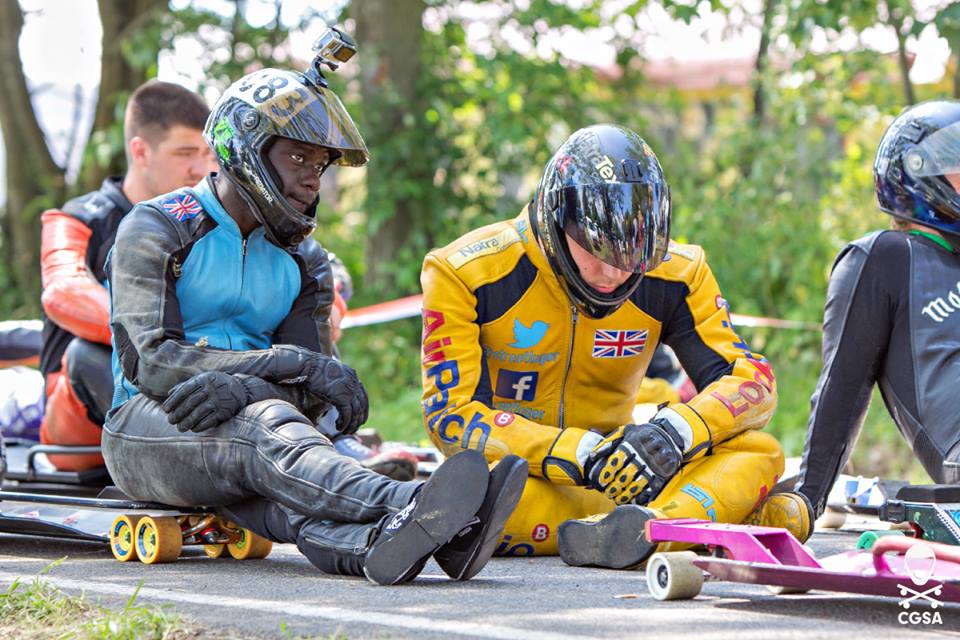 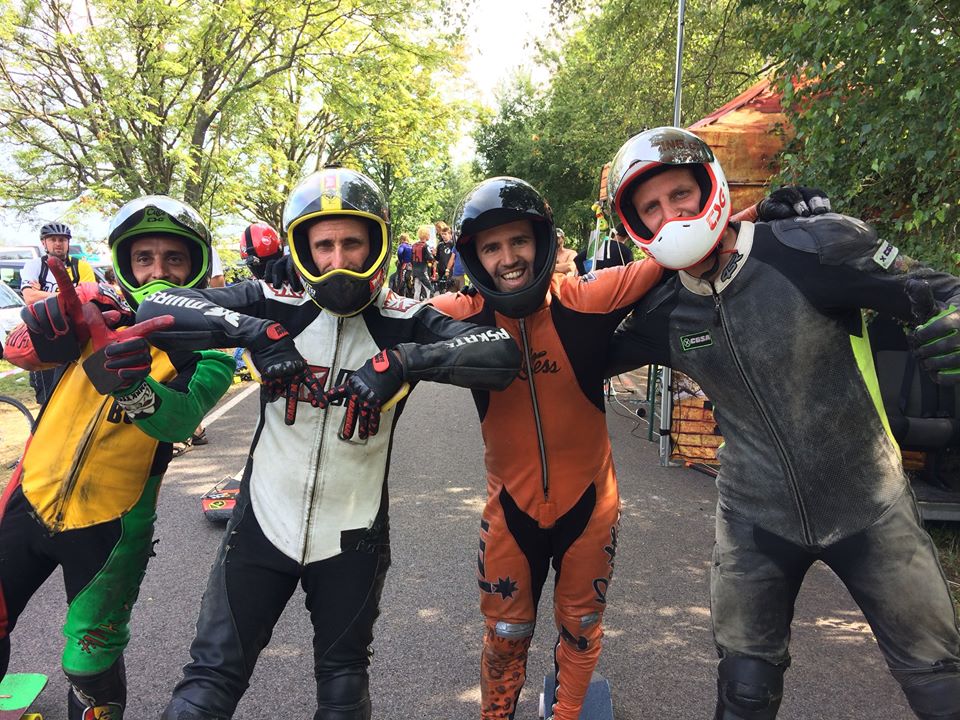 The most numerous team in their history was also brought by 3heads film makers. They also craved for improving their previous performances. At Adrex.com you will be served the fruit of their effort!

The weather was just perfect. It wasn’t raining at the time we needed to ride. At 100 kmph, a dry track is much better than to crash in the bends. At such speed, injuries can get really serious. The night party was huge and we enjoyed it a lot. This was the ninth year, so we have already started brainstorming on how we might embellish year 10 to celebrate it big style. In Masters, Pavel Zajíc reached the medals and Andrej Ilič was fourth in Luge, so there was a reason to celebrate.