Life Begins at the End of Your Comfort Zone

Looking for someone to share your next outdoor adventure with? Gociety, a Denver, Colorado based social media startup focused on active lifestyles, wants to be your go-to spot for finding companions. When I moved from Boulder to Denver last year, I was concerned about the lack of outdoor friends in the area and not being familiar with local outdoor spots. I lived in Boulder, an outdoor mecca of Colorado, for several years and had a strong network of like-minded friends there. However, I only knew a few people in Denver and they were far from being outdoorsy. My worries didn’t last long. A few weeks after making Denver my new home, I asked a friend to come for a trail run with me. She told me she was busy, but suggested I check out Gociety and try to find a running partner.
12. 2. 2015 Comments: 0

I had never heard of Gociety at that time but figured trying wouldn’t hurt.  I found out that Gociety is a new social network for active people.  They launched about 3 months before I first heard of them.  The company was founded in Denver by a couple of adventurers and outdoor enthusiasts and during the first few months gained a strong following in the area.  The founders call Gociety a “friend-finder for the outdoors”.  In today’s busy times, one of the hardest aspects of leading an active lifestyle can sometime be finding others to join you.  That is what Gociety is for. People can use Gociety to create plans or join plans other members have posted.  Membership is free. 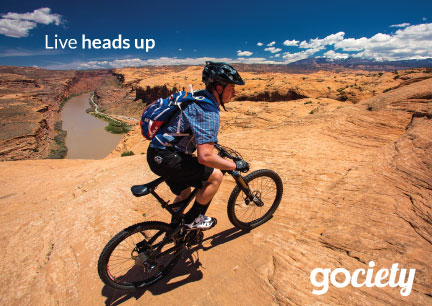 I decided to register and was happy to find a group of locals planning a trail run that evening in the foothills surrounding Denver.  The intensity of this plan was defined as “Slow and Steady” so I decided to join.  I was a bit nervous, after all, I was planning on meeting a group of people I didn’t know and I had no idea if I was going to be able to keep up with them.  When I arrived at the trailhead, I noticed a group of about 10 people standing by a Jeep with a Gociety sticker on the window.  I set off in their direction and when they spotted me, they immediately asked if I was there for the Gociety run.  They greeted me with open arms and explained we would be running a 5 mile loop.  The leader of the group described the trail, explained that we would wait for each other on trail intersections and at the end we would all meet up back at the trailhead, hang out, and drink some beers. 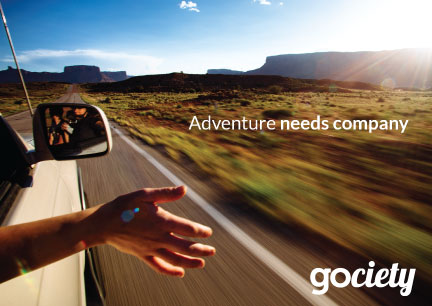 Soon after that we took off and headed up the trail.  We were each running at our own pace but I was able to find a couple of folks with similar pace and ran with them.  The trail was beautiful and hilly with amazing views of Denver and surrounding mountains.  Conversation was flowing, the steep hills were run in silence and beautiful views were enjoyed from the top.  Back at the trailhead, a few people pulled out camp chairs and beer coolers out of their cars. We hung out, talked and drank beer for about an hour.  I left with a warm feeling that I no longer have to worry about lack of active friends. 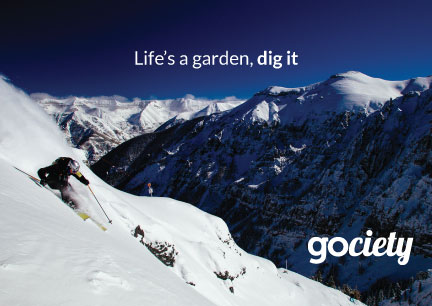 That was my first experience with Gociety.  Since then, I’ve participated in over 30 plans and created over 20 plans myself.  The sky is the limit. I have used Gociety to go hiking, backpacking, rock climbing, trail running, skiing, camping and I even tried ice climbing for the first time.  Gociety also organizes “community nights” once a month. Those nights provide members with a great opportunity to meet each other and share their outdoor experiences and stories. 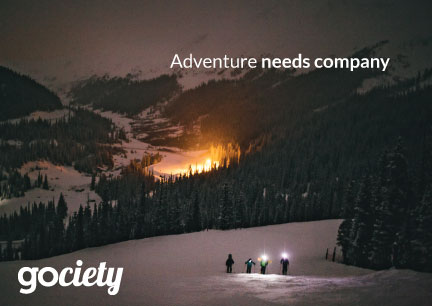 The main goal of Gociety is to become a global network of adventurers and active people.  The website is accessible from anywhere in the world but currently only in English language.  Gociety has approximately 10,000 members with the majority of them being in Colorado, Utah, and Washington.

If you are looking for buddies for an after-work sprint to the trail, check out Gociety. Chances are, you won’t be alone for long.