Awesome Footage and Photography from the Suzuki Nine Queens 2015

Creating a massive Big Air with a long steep landing and inviting some of the world’s best female freeskiers and snowboarders for a week-long supersession seems to be the recipe for progression, at least for the Suzuki Nine Queens 2015. The event that took place on 25th March in Austria was without doubt the best female session of all time. The castle-feature rising tall at the picturesque spot in the Serfaus-Fiss-Ladis resort, saw the riders get inspired, having fun and pushing their riding. Four new tricks were documented by invited filmmakers and photographers from all angles, along with too many personal firsts to list them all.
31. 3. 2015 Comments: 0

With winds slowing down the first few days, the focus was on jibbing and fun sessions in dirndls (traditional Austrian dresses). It was the first sunrise shoot where the snowboarders started firing out trick after trick. Earning her the peer-voted title “Ruler of the week” Jamie Anderson (USA) kicked things off by landing her personal first frontside 1080, later matched by both Kjersti Ostgaard-Buaas (NOR) and Silvia Mittermueller (GER). Jamie went on to land a cab 1080 and a switch backside 900 with her signature style, both documented tricks for the first time ever. Beaming with content she explains, “I haven’t learned a new trick in a while so I’m stoked,“ explaining, “It’s hard to be pushing yourself the sport you love so much and it’s scary at times.” 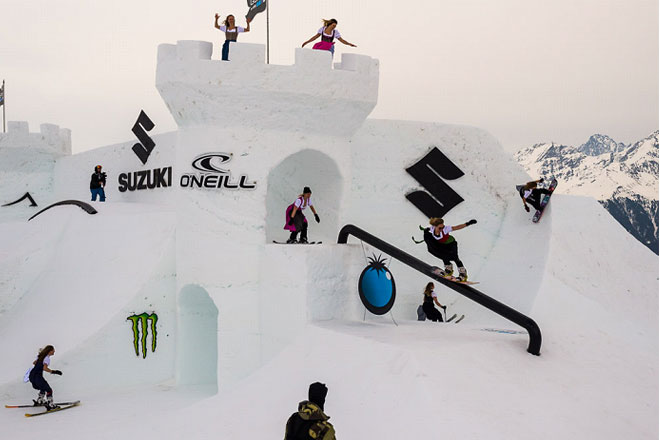 Next it was the turn of young-gun Klaudia Medlova (SVK) who bagged the “O’Neill Unreasonable Moment” with mad props for landing a world premier backside rodeo 900 mute. Having tried it five years prior she explains her motivation to try the trick, “This jump is so perfect. I felt super safe and the landing was soft, so I knew it would be the moment to try it.” 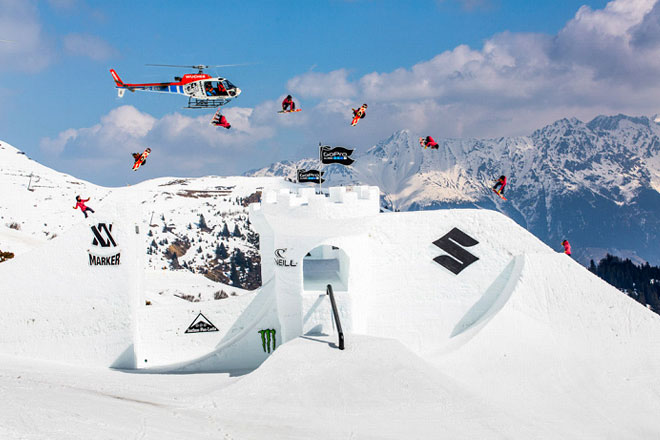 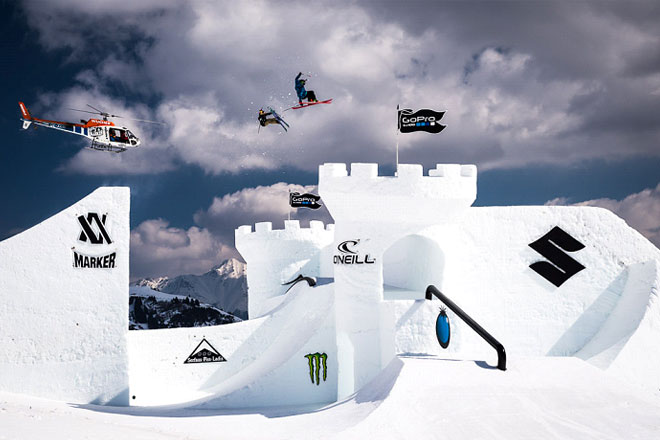 a stylish combo from Devin Logan and Lisa Zimmermann

During the week Spencer O’Brien (CAN) also matched Jamie’s switch backside 900 and upped the ante by showing us her two more versions of the trick, also Jenny Jones (GBR) was also one to jump on the 9-train. Kjersti, who took the Big Air title, as well as, “best style” and “best snb GoPro moment” has a long career behind, and she was impressed, ”I’m so proud to be a part of this session and see a lot of tricks for the first time in history. It’s looking really good too; not hucking, but good style and control.” Agreed! 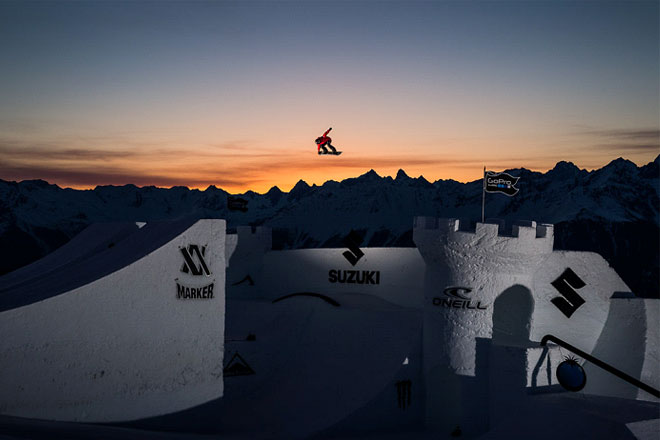 Freeski “Ruler of the Week” Emma Dahlsröm caught the attention of her peers by going huge and stylish all week, with her “first-on last-off the kicker”-attitude and throwing down cork 900 tails and even trying the switch 1080. “I just don’t want this to end,“ she said stoked on the week. The girls were amped pushing each other throughout the week and during the contest, we saw young German freeskier Lisa Zimmermann take her third consecutive title showing her technical mastery and adding another banger in her big bag of tricks when she stomped a world’s first switch left side double 1080, now mastering both directions.

”I honestly believe that this is the most progression that freeskiing and snowboarding has seen in a week, ever"

The always-smiling Keri Herman (USA) earned herself the coveted award “Best style” with tweaked-out, long grabs in her smooth switch 900s and forward 900s, which is sure show also in the photos. Italian Silvia Bertagna showed her skills by landing a 1080 tailgrab, being not only one of the only few girls out there to land this trick she added her signature style to it. Katie Summerhayes (GBR), who also nailed a 1080 (japan) and moved on to try the 1260 in the competition, summed up the week nicely, “A perfect jump like this and excellent conditions, having all of the girls up there just pushing you, it’s something else. It’s so special.” Looking forward to see Katie stomp that trick at the next Suzuki Nine Queens. 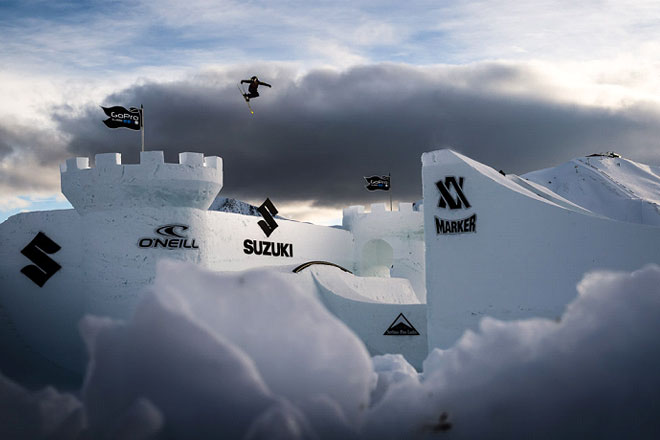 Next up is the Suzuki Nine Knights where the snowboarders will be joining the freeskiers for the first time ever. Stay tuned for news from Mottolino Fun Mountain Livigno, Italy on the 5th to the 10th of April 2015.