This winter, the QParks Tour again hit the Snowpark Schöneben in Italy, one of South Tyrol’s most popular winter destinations, where South Tyrol, North Tyrol and the Engadine meet. The third stop of the Tour is better known as Battle ROJal and as in past editions, there was a plenty of ROJal action going on this Saturday. Freeskiers and snowboarders from all around not only got the chance to show off and win some cash but besides "fame & glory", they also gained valuable QParks Tour points, points for the World Snowboard Tour, the World Rookie Ranking, or the TSV Ranking. Due to great snow conditions, the park setup was virtually begging for an expansion and the local shapers together with the event crew decided to postpone it by one week but it surely paid off, The Battle ROJal was a total success.
21. 1. 2016 Comments: 0

Around 70 international freeskiers and snowboarders from eight different countries gathered on the Italian side of  the South Tyrolean Reschenpass region this past weekend and despite inclement weather, the event turned out great - even though the contest setup had to be transferred to the jib-line at the last moment. However, lasting winds and freezing temperatures did not keep the shape crew and park designer Moritz Klammer from carrying out their mission – to present the best possible setup, where the riders fought an extremely tough battle to win the much-desired contest crown, proving their skills on a down-rail, a flat-tube and a flat-rail. 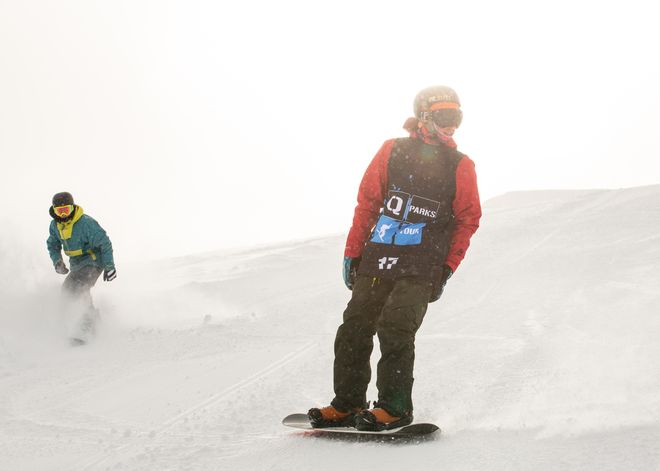 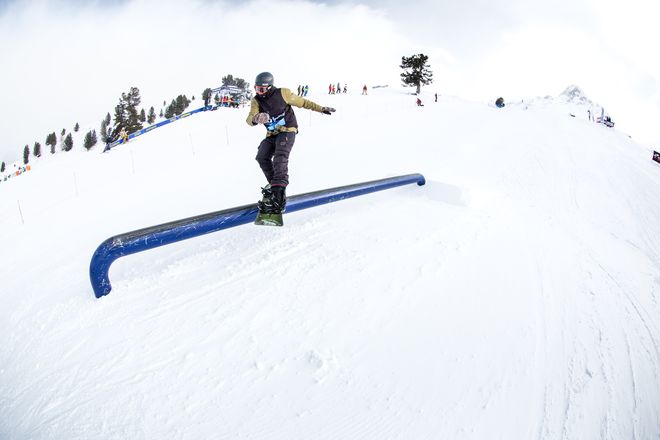 The snowboard field was full of international names. By performing a Switch Backside 180 Nosepress – Cab 1 Out, the Belgian Kevin Trammer not only secured himself the first place but furthermore, he grabbed the Best Trick award as well. His buddy Lorenzo Peeters (BEL) and Lorenz Vyslozil (AUT) finished in second and third place respectively. Gytis Vebra und Motiejus Morauskas, the young Lithuanian talents were pleased to claim the first and second place in the category Groms. The local and South Tyrolean Nathan Felder (IT) ranked third. 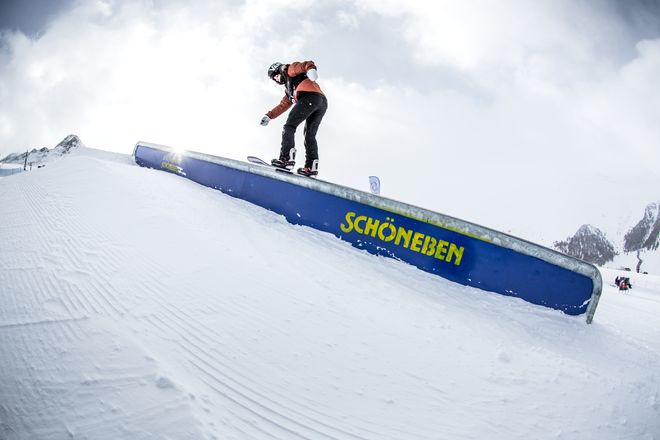 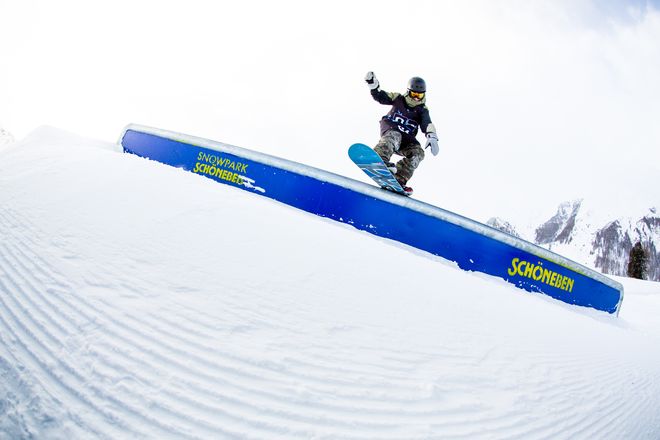 Judges were surprised of the high level of all snowboarders – men and women likewise. Especially the battle between the ladies literally made temperatures rise, when Giulia Lach De Bere from the Netherlands scored the important victory before her mates Babs Barnhoorn (NL) and Maria Kis-Simon (HUN). Fabian Kettner of Austria dominated the Freeski Men category. Another Austrain shredder Michael Tschallener followed closely behind in second place with a 450 on – 270 out on the down-rail, which brought him the Best Trick Freeski award. 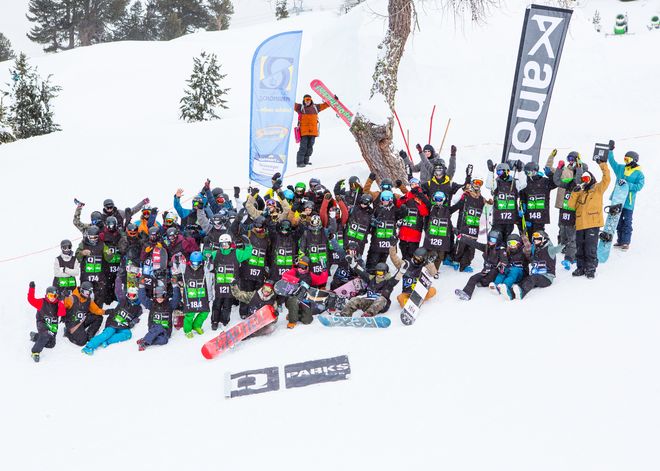 The QParks Tour is already on its way to the next Tour Stop: On January 23, 2016 the Gstaad Mountain Rides Open take place. Stay tuned!