Deeper in Japan - Freeride in Niigata

Did you ever shred powder in Japan? They say snowflakes there are much bigger than in US or Europe. Sounds like a cool place to ride your freeride board or split. Miikka Hast, a professional snowboarder from Finland was there this January and here is his story:
24. 2. 2014 Comments: 0

I traveled to Japan once again in early January. The reason is simple really: consistent deep powder. It snows there often and the most I have ever experienced. Waist deep powder is guaranteed! The plan was to sink our boards and heads deep into the Japanese snow culture with Jonas Hagström. And film with Antti Autti to his Approach&Attack.

This was my third year in a row visiting Takumi Nagai and Yuji Maruta, friends and a mountain guides, in the town of Muikamachi. The town is surrounded by unique Japanese mountains and genuine culture that is getting harder to find in the famous big resorts like Niseko. It’s rare to run into other westerners in the area and that is big part of the Niigata’s charm to me. It is getting more and more interesting to see the culture beside of snowboarding and local way of living in the places where I travel. It gives an extra kick to the snowboarding too. We stayed with Maruta family this year.  They invited us to their home and showed us the greatest hospitality. It was a great exchange and experience between cultures even with the language barrier. I actually think that the language barrier even made the experience deeper for all of us. You concentrate more on even the smallest things. And like Takumi put it: “Language is Language” – meaning there is always a language between people even when the spoken one is not well understood. 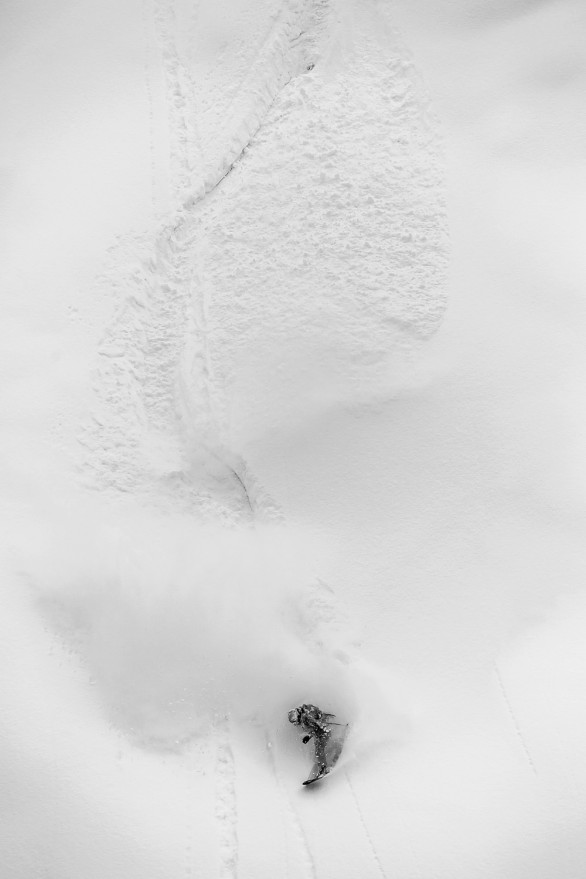 I feel that snowboarding is in a different state too in Japan than anywhere else in the world. First of all it seems that there is actually more snowboarders of all ages on the slopes than skiers. I don’t know the actual numbers but my claim comes from a personal experience. From toddlers to grandpas they shred the slopes everybody with their own style and casually like snowboarding had existed there for generations.

Secondly, there are more different kind of boards than anywhere else. Everything from carving boards to the cool shaped powder boards and splitboards can be seen on any given day. This year I saw a powder gun that was measured 6’3″ (191cm) like a surf board. I believe that’s a proper “powder surf” already! But it was a funny sight when the board was at least foot taller than it’s rider. Yet, it was not exaggerated at all; while we were there it snowed over 4 meters and many of the days were too deep to make turns on my “normal sized” Hovercraft! And last year on a deep day, I saw a rider who had taken two snowboards and put ski bindings on them and used them like skis. Talk about snowboards influencing skiing! The variety, innovation, craft and beauty of powder snowboards is a pleasant sight in Japan. They truly have the conditions and the market for all kinds of powder boards. In two weeks I rode nothing but different types of powder snow.

Thirdly and most importantly, Japanese are really stoked on snowboarding. Even if I can’t follow their conversations in the gondolas or lift lines, they still look like they are really enjoying the moment. It feels and looks like Japanese stoke is something little different from ours. They seem more happy from less and they carry the stoke from snowboarding to other things in a more lasting way than we westerners many times do. Talking with our friends there, they seem to always have this spiritual way of channeling snowboarding into other areas of life and vice versa. “A day in the mountains makes the buildup stress and haste disappear” Takumi says. He has also taken the mountain guiding into people guiding as he joined politics and got elected to city council. It feels that snowboarding is a lifetime deal for many in Japan. When they get stoked about something they carry it through life with pride, not changing it to something new with every whim. It is like a combination of stoke and determination. Of course, I am not saying that snowboarding doesn’t work the same way for us Westerners too but it just feels deeper and more genuine there. 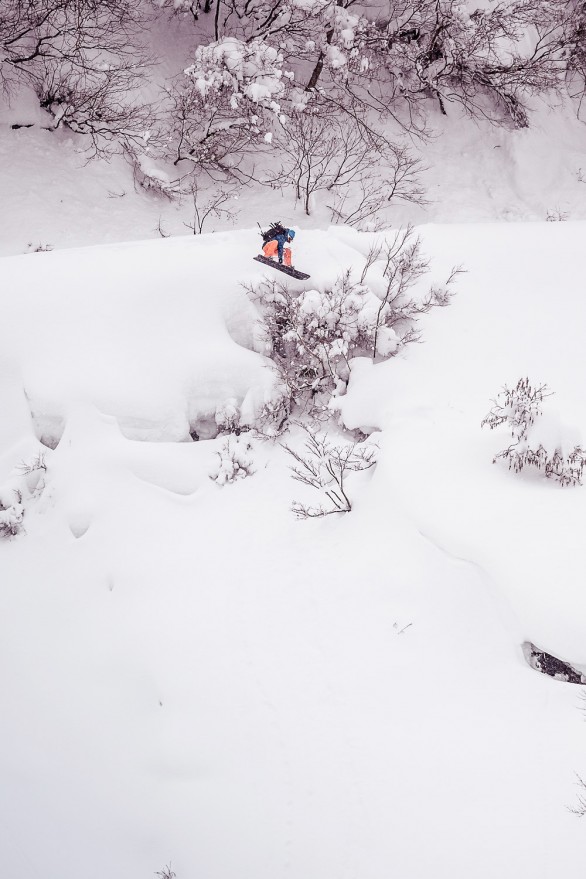 …and of course the riding was amazing. The terrain is little different from anywhere else in Japan and there is actually big mountains and lines to ride. The rapidly changing weather and constant snow dumps makes it hard to do bigger missions and ride big lines but every year we get little closer. And in the end, if the reason of holding back on bigger stuff is snorkel deep powder, who cares really?