One of the best European snow resorts, LAAX, is offering its guests a wide variety of exciting events this winter. Again, the main objective is to have fun and that's exactly what you'll get in LAAX. Whether young or old, pros or total beginners, freeriders or jibbers, everyone is welcome, everyone can experience the LAAX lifestyle. It seems like yesterday the LAAX Season Kick-Off, an annual opening event held every December in LAAX, happened to just pass by. Stoked as ever to be part of it again and you should be too so before you hit kickers and rails, check out what's on LAAX's calendar this season.
12. 11. 2015 Comments: 0

That feeling of finally being back out in the snow for the first time in the season – on 12 December the long wait will be over! That’s when LAAX will be kicking off the season in the best way possible, with a day full of snow and fun. The event will start off with a major highlight – the opening of the new La Siala 10-seater cable car. There will be plenty of action-packed events on the mountain and in the valley that are sure to make this year’s kick-off unforgettable. For the youngest boarders, there’s the Burton Riglet park at the Flims base station, where three- to six-year-olds can have fun learning how to snowboard. The bag jump from the Freestyle Academy will be located at the Laax base station, giving daredevils a chance to show off their coolest jumps before landing on a soft airbag. On Crap Sogn Gion, it’s also all about freestyling. At the Cash for Tricks contest, the LAAX snowpark crew will be scoring the performance of skilled snowboarders and freeskiers and offering cash prizes for the best tricks. The best spot to watch the show is Café NoName, which is celebrating its reopening at the LAAX Season Kick-Off with a super chill DJ set. Anyone who wants to take in more of the sights can use the LAAX Inside App and head over to the La Siala 10-seater cable car. 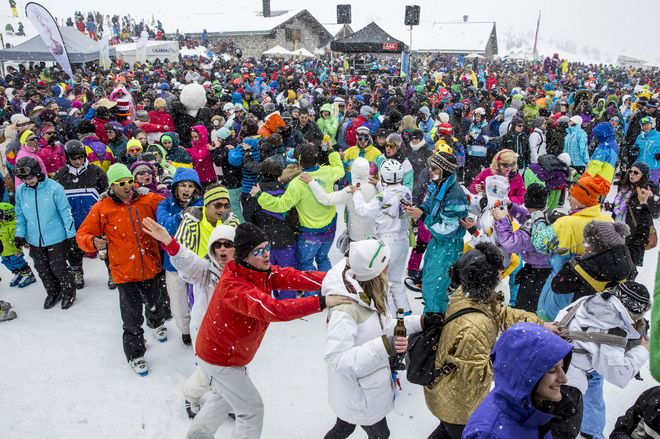 Back at the rocksresort in the valley, you can dig in at food stands offering fondue sticks and delicious barbecue. If you’d rather enjoy your meal indoors, you can discover the new rockslounge or the completely renovated Piazza Caffé & Panini and its new slow-food menu. Meanwhile, with live music on the outdoor terrace, the Indy is the perfect place for tea time. As night falls, the freestyle action will gradually shift over to the screening of Afterparty by LAAX the Movie. Still not enough? Then be sure to book your ticket for the Fritz Kalkbrenner concert in the Riders Palace Club. Wow! What a killer start to the 2015/2016 winter season in LAAX!

After nearly 30 years of freestyle events, the LAAX OPEN signals a new era in snowboarding events at LAAX. From 18 to 24 January 2016, Laax is cranking it up. Up on the mountains or down in the valley, inside or outside – the freestyle feeling is taking over. High-class sports, powder runs, Page 2/3 snowboarding and cultural and culinary delights – with something for everyone, the LAAX OPEN is in a class of its own. The prize money offered is also one of a kind: USD 500,000. That is what the contestants in the halfpipe and slopestyle competitions, both top international riders and young challengers, are fighting for. Up to 300 participants plus a large number of spectators will be attending this elite event. Olympic gold medalist in the halfpipe, local shredder Iouri Podladtchikov, slopestyle rider Ståle Sandbech from Norway (Olympic silver medalist, BEO 2015 LAAX champion), Canadian rider Tyler Nicholson (ranked number 2 worldwide) and Christy Prior from New Zealand (BEO 2015 LAAX slopestyle champion) are just a few of the boarding legends from around the world who have already confirmed that they are attending. You can register for open qualifications until 30 November 2015 at laax.com/open. LAAX OPEN, a mountain lifestyle event that is guaranteed to make history. 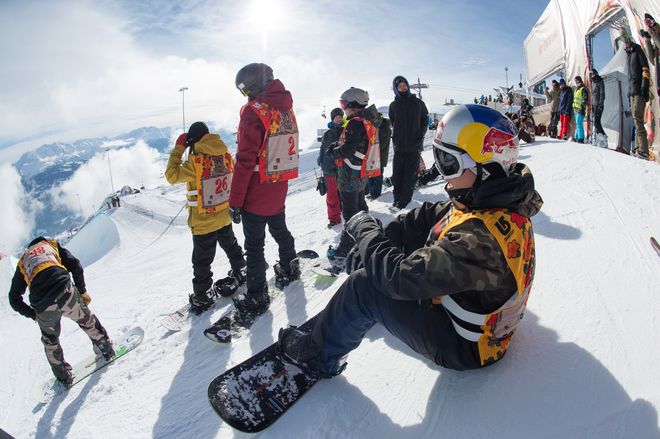 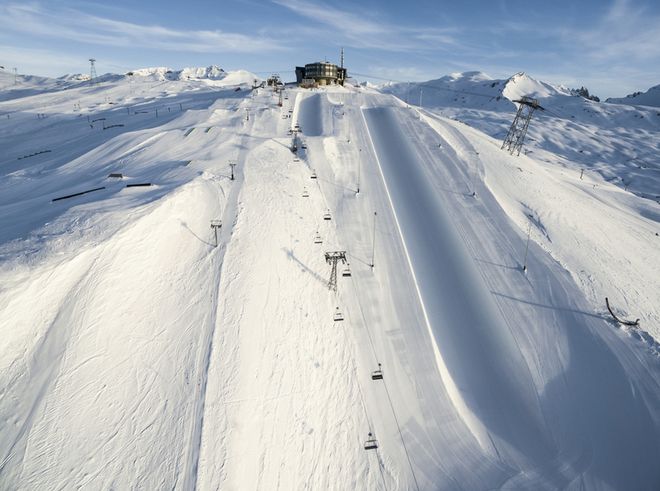 Youngsters in the spotlight: Iceripper Rookie Fest and FSA MiniShred

The New Year will start out with an international get-together of young halfpipe riders. From 7 to 9 January 2016, the next generation of boarders will demonstrate their talent at the Iceripper Rookie Fest on the largest halfpipe in the world, which is 200 meters long and has 6.9-metre-high walls. Respect! On 20 and 21 February, the youngsters have another chance to show off their skills at the Freestyle Academy MiniShred.

The European Freeski Open LAAX will be held for the ninth time at the beginning of March 2016. In the Pro Kicker Line in the Curnius snowpark, 200 men and women will stylishly demonstrate their skills on the rails and up in the clouds on the kicker. This event has become enormously popular over the past few years. Olympic champion Joss Christensen (USA) has called LAAX his favourite destination, saying it’s a fun resort for this kind of top contest. 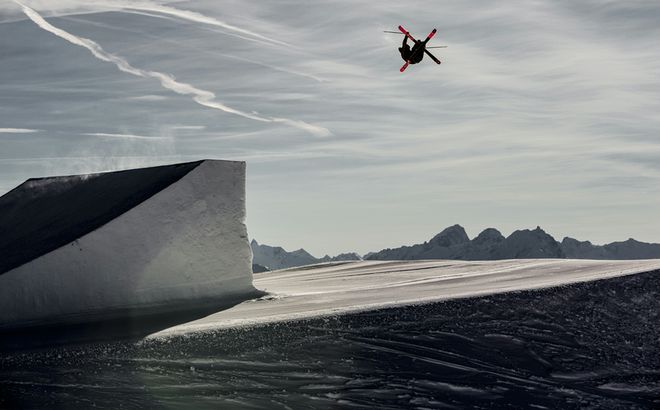 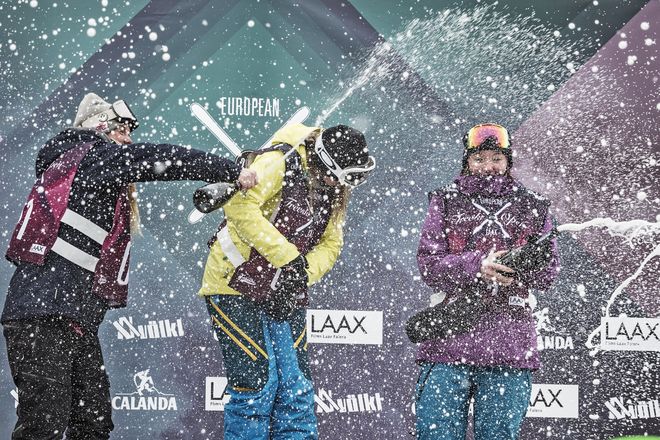 Royal championships: Netherlands and the UK in LAAX

The Dutch and the Brits have chosen LAAX to host their national freestyle championships. The LAAX Event Team is offering the perfect set-up. Who will be crowned the queen and king at the Nederlandse Kampioenschap (27.03.–02.04.) and The BRITS (03.–09.04.)? Find out in March and April! 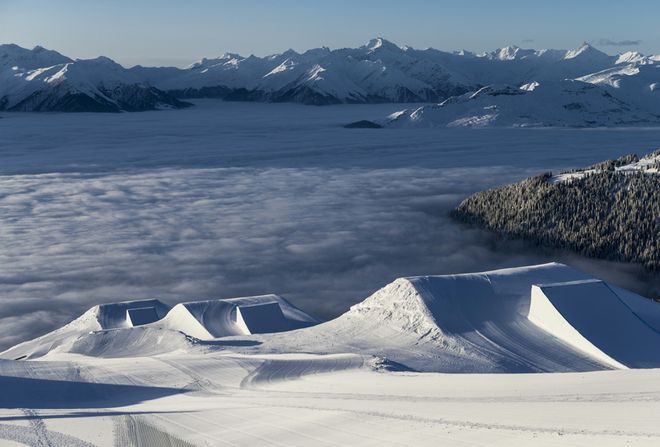 Two very different legendary events will be taking place in April: Schnulz im Sulz (02.04.) and the Pleasure Spring Session (07.–10.04.). Both events attract more and more fans every year, and often fans of one will be drawn to the other: the Schnulz fans also have a snowboard trick or two up their sleeves, while the freestylers love to go all out on the mountain and on the dance floor, strutting their stuff in the slushy spring snow. And then, before you know it, it’s over. The 2015/2016 event season in LAAX.

Back to the Beginning

But the season has barely even started: the Vorab glacier lifts are already open on the weekends, the lifts from the base station in LAAX will start Page 3/3 running every day from 28 November and on 12 December, the LAAX Season Kick-Off will shift the season into high gear. Stay tuned!