After a winter of traveling with airplanes, trains, rentals, taxis and other transports on different continents it’s so comfortable for professional snowboarder Miikka Hast to pack his own car and second home, caravan, and just drive north. What challenges did he face? Read on.
26. 2. 2014 Comments: 0

My intention is park the caravan at bottom of Tamok valley which has started to feel like home away from home – a spiritual home, and spend the rest of the winter and little more enjoying the endless possibilities of the northern playground. Our plan was to film for Antti Autti’s new project for several weeks and play it by the conditions.

Troms commune is situated well above the arctic circle in northern Norway and it has 666 peaks reaching over 1000meters and thousands of kilometers of coast line. I wonder if devil himself will show up for shred if you ride all the peaks! Tamok is situated nicely in the middle of everything in the county, just inland from Lyngen peninsula. It has more dry climate than the coast and the snowpack is between coastal and continental. The snow is usually more stable in Tamok than elsewhere in the commune. 30 kilometer long valley has lot to offer and makes the perfect base for missions of any kind and level. Valley itself is still undeveloped and there is only about 70 inhabitants on the whole stretch. It makes a perfect getaway from crowds. Just friends and mountains, what more could you ask? 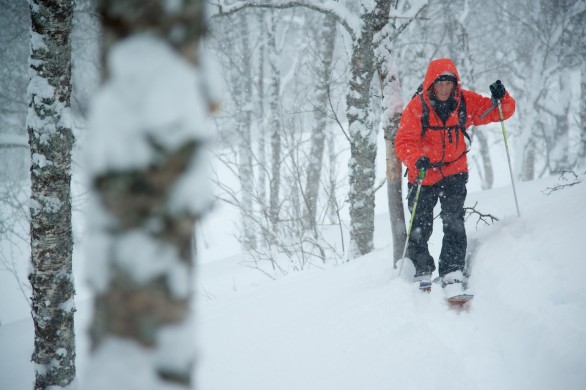 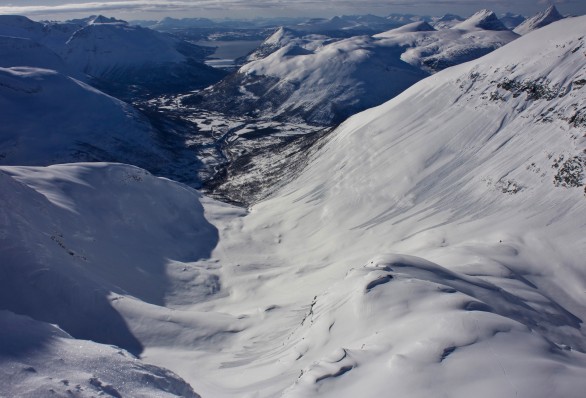 Northern Norway is a paradise when the conditions come together but can be harsh too. The arctic location and sea makes weather variable and sometimes difficult. Mountains are magnificent and lose to none in comparison but the weather and the snow can change fast. The northern climate does not produce so much snow as Alaska for example but good years come not too far. This has been one of them.

I parked my caravan in Tamok in the end of March and there was tons of snow already then, the most I have ever seen here in seven years, and more was to come. We planned a helishoot with special permits for the beginning of the trip with a help from the “king of the valley”, Aadne Olsrud and Jarkko Henttonen who have basically founded freeriding in Tamok. The snow was awesome and more was falling constantly. We basically got the check out some mountains and the snowpack with the heli and then the weather would close again and bring more snow. Soon it was waist deep and the tree riding felt like I was back in Japan! It was dry, light and deep and stayed so for a long time. Clouds were protecting the perfect snow. Definitely the best snow of the season and. It was inspirational to ride such snow so close to home. 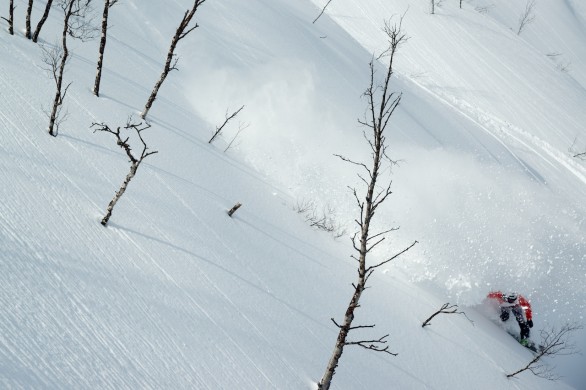 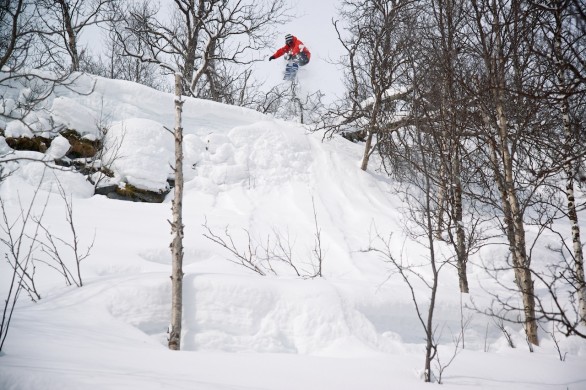 With the persistent low pressures circling the valley we were mostly stuck on the bottom and the bird stayed parked next to the caravans. That would have been completely ok to shred the trees and pillows with this snow but big plans and paralyzed helicopter started to create some pressure and frustration after a while. Every now and then we got brief weather windows and got to test and ride some awesome snow but as soon as the cameras came out the clouds rolled in. It started to be the story of the season for me, like the cameras and the weather didn’t make friends this year. But the riding was still awesome and the time spent with friends in the valley is priceless so I couldn’t complain at all. It’s hard to be mad at the weather and it’s better to make the best out it anyway and we did. We rode pillows and discovered new spots in the lower elevations and got creative with the heli too. And the weather has to clear sooner or later, right? 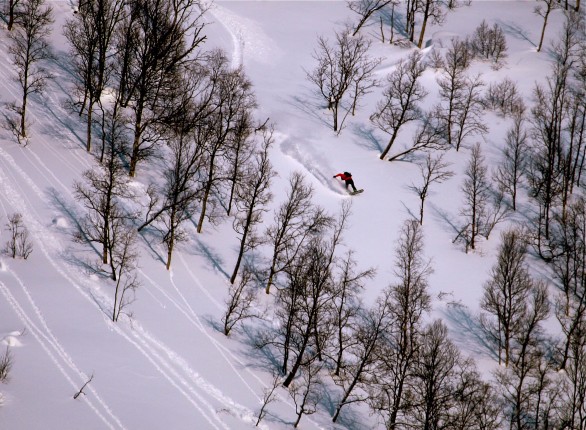 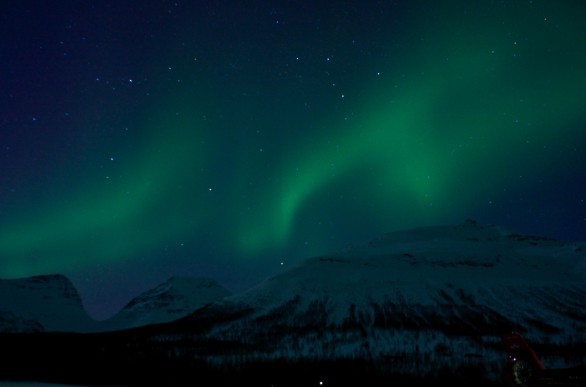