On February 20, a film shooting took place at the Snowpark Gstaad, an awesome slopestyle playground located in the largest area of the Gstaad Mountain Rides region in Switzreland, and now the director’s cut of it is finished and published! Its story follows seven young winter sports enthusiasts, who pledged infinite loyalty to their biggest passion: freestyle. Immerse yourself into the world of the young athletes by watching the two impressive video edits as well as the magnificent photo galleries, capturing some of the park's total 31 features. Mind you, this is not a small number. Check it out.
24. 3. 2015 Comments: 0 Photos: 10

To be fair, freestyle has been around in Switzerland for quite a while now; Swiss freestyle aspirants can rely on strong support in their home country. One of the most important basic elements to promote freestyle talents however, is the availability of profound training facilities, which enable young athletes to develop and improve their skills. The Snowpark Gstaad is one of those places, where aspiring freeskiers and snowboarders meet to work on their style. The park offers three areas with different levels of difficulty. A total 31 elements offer a comprehensive selection to challenge one's skills. On Friday, February 20th 2015, a professional media team, comprised of filmer Stefan Birri and photographer Dominik Steinmann, accompanied the seven riders to the Snowpark Gstaad. The weather and snow conditions offered a fertile ground for a successful shred session with a highly trick-filled output. Both snowboarder Moritz Thönen and freeskier Sandro Kunz were born in the Bernese Oberland and, hence, use the Snowpark Gstaad’s freestyle offer on a regular basis. The two Swiss freestyle aspirants were part of the shooting crew to analyze the day. 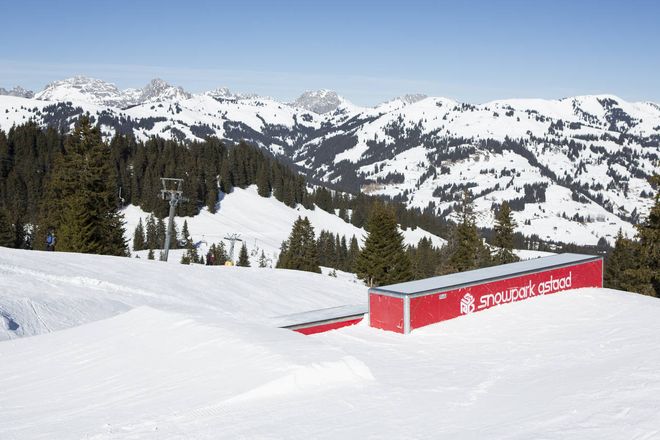 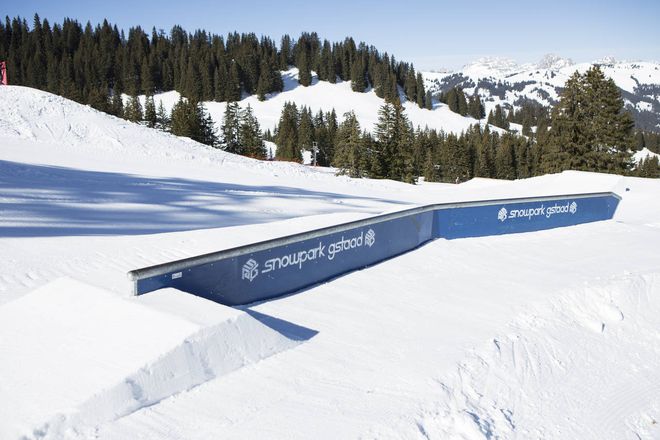 As a "babe" team rider, Moritz is part of the Northwest division of the squad and hence closely linked to the local freestyle scene. Between the runs of the shooting day, the 18-year-old rider shared his opinion: “What’s special about this park is definitely the huge diversity in the obstacles – there is something for each and everyone here.”After his third place at the Gstaad Mountain Rides Open, it was his first time back at the Snowpark Gstaad and obviously, he was surprised, “Since the contest, a lot of things have changed here. Many obstacles have been added to the setup, so now the lines have an even better flow”. His 17-year-old freeski buddy Sandro agrees, “The number of jib elements here is really staggering. Personally, I fancy the elbow rail a lot, and the triple kicker combo just ace! I live in Zweisimmen, so the Snowpark Gstaad is essentially my home base.” As part of the local freeski crew “Freestyle Jürgs”, Sandro knows what he’s talking about: “My highlight of the shooting was definitely that I stomped the Switch Cork 5! The media crew gave us free choices on what we wanted to do, which let us come up with a lot of spontaneous tricks.”For the conclusion of the day, the two young guns agree, “It was a super-fun session with great weather and perfect snow. An A1 day!” 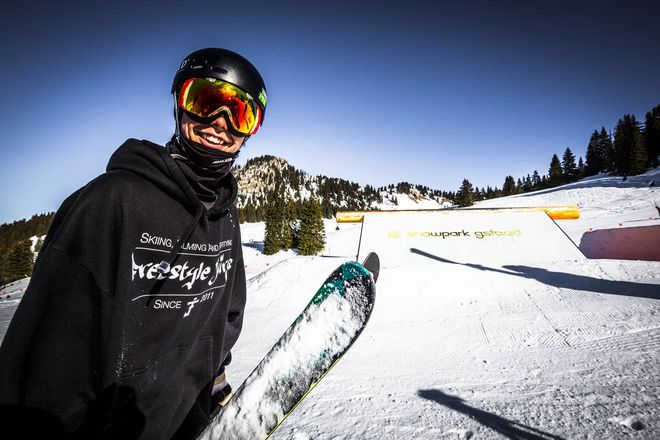 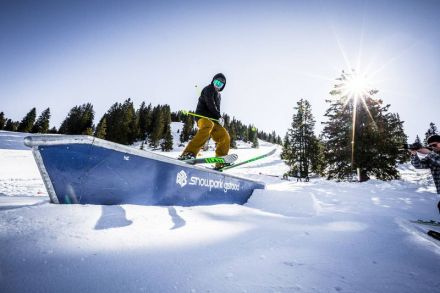 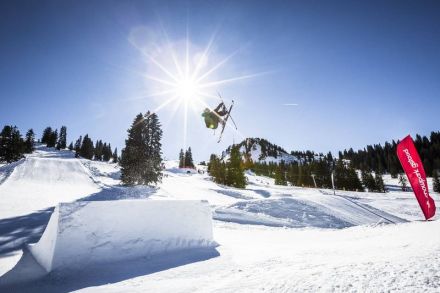 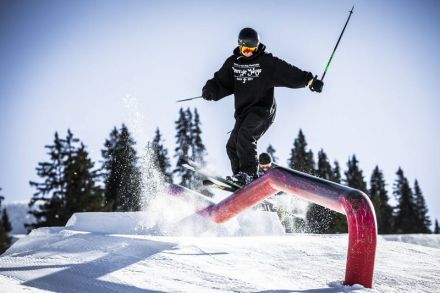