It is always about passion. Finding a place where you feel you belong. You can perfectly picture it in your mind, see yourself in that picture, yet you are not there. But that makes you do whatever it takes to make it happen even more. Christoph Dietzfelbinger has always been drawn to the mountains. Growing up in Munich, Germany he started climbing in the Wetterstein mountains of Bavaria and Tirol and soon discovered this was the path to follow - from the great rock and ice routes of the Alps to the highest mountain peak in North America, Mount McKinley, he finally found his home as a mountain guide in northern Canada, one of the most remote, sparsely populated regions on Earth.
27. 8. 2015 Comments: 0

If you, like myself, like to escape from the city rush, clear your mind, and to remind yourself that the importance of life lies in nature then northern Canada might just be the right place for you. Northwestern British Columbia has no big names, but some very big mountains. No fancy resort towns, but a living aboriginal culture, with more bears living here than people. Like you, Christoph loves skiing, climbing and being in the mountains, and Canada's North is a perfect place to experience it all. Whether you are a beginner or an old hand, Bear Mountaineering has something for everyone. 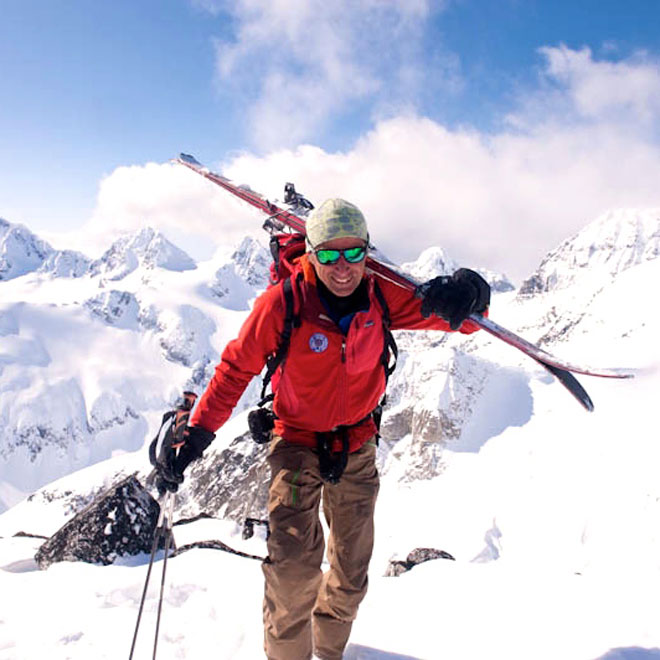 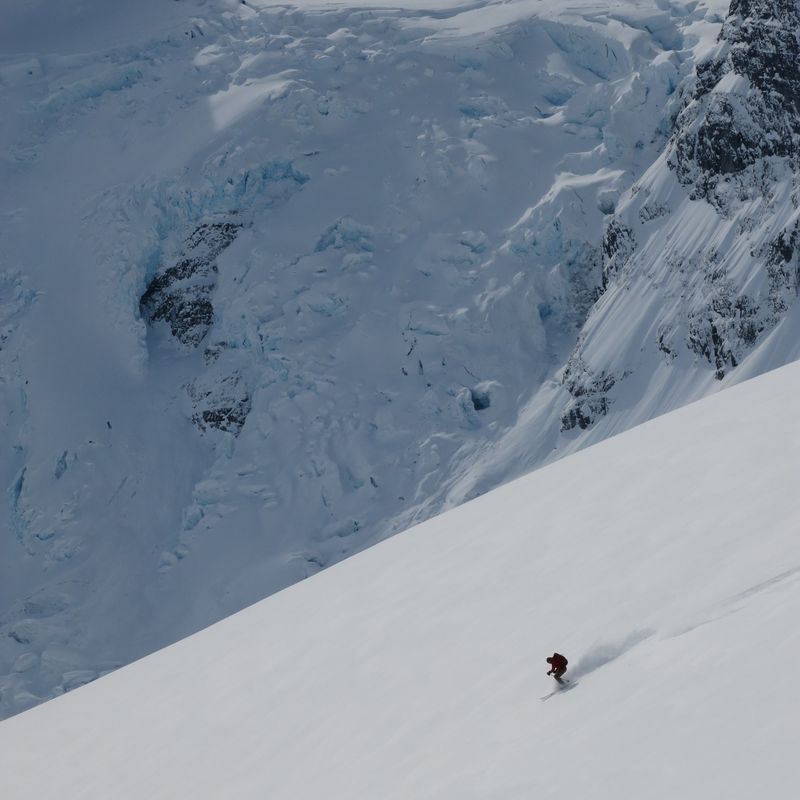 Most of the action is in the remote Howson Range, where a beautiful lodge with green hydro power and a cosy woodstove sits among soaring peaks and massive glaciers. The skiing here is spectacular: lots of vertical, sustained pitch, interesting terrain, deep snow, and always the warm and brightly lit lodge to return to at night. This isn't the Alps, where hut sits beside hut, and roads and villages reach up the farthest valleys: this is roadless wilderness, the home of ancient peoples, protected forever in a park. No one is in those mountains in the winter besides those lucky enough to stay at the Burnie Glacier Chalet. 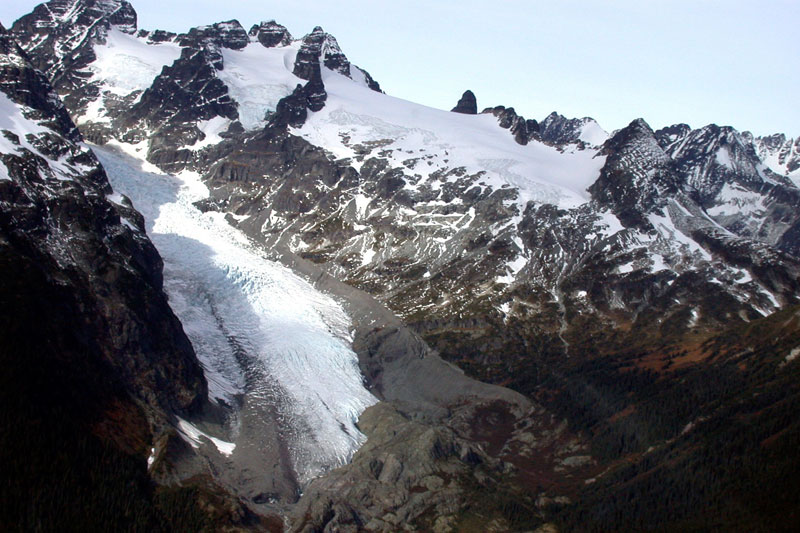 The Howsons in the summer. The lodge is visible right of centre near the bottom. Photo by Larry McCullough. 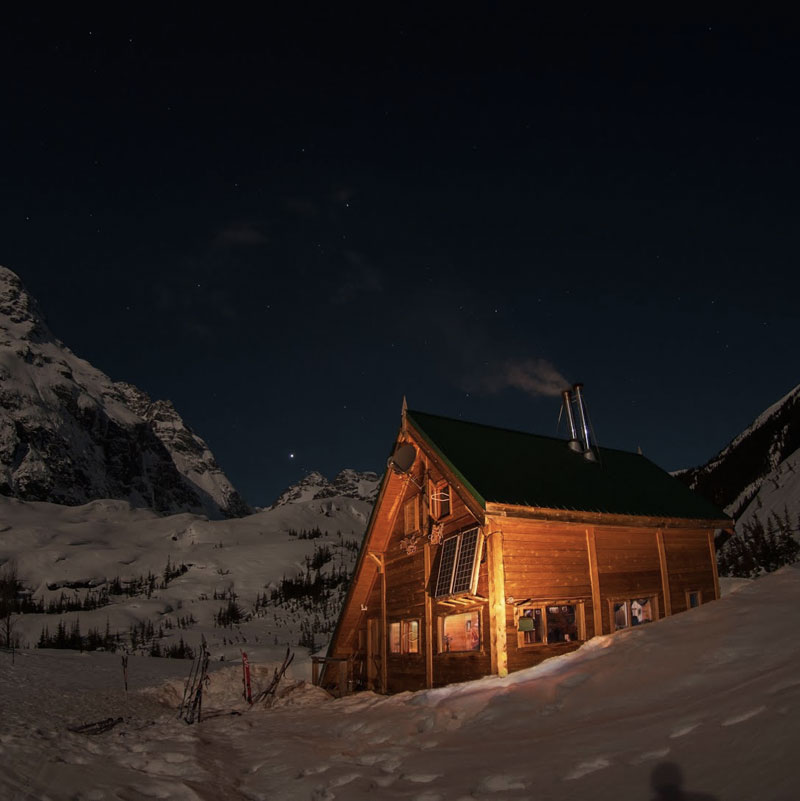 The lodge at night. Photo by Chris Hahn. 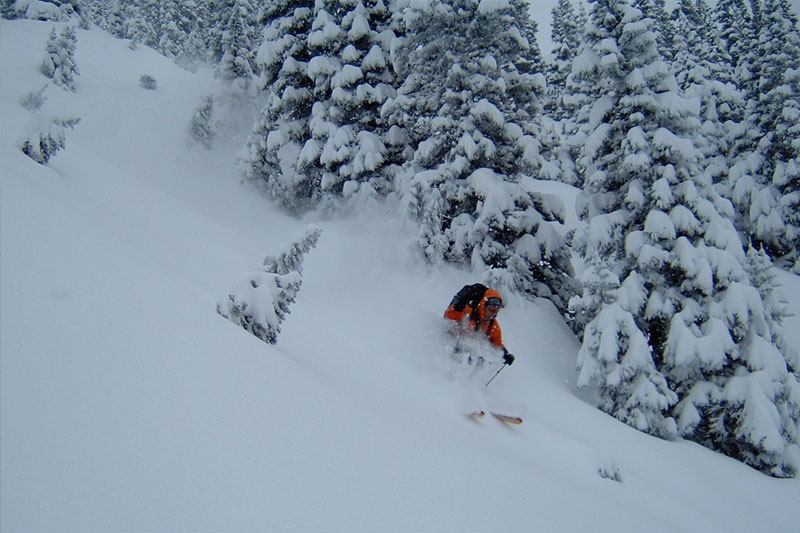 Summers are the time of long days in the alpine tundra, far removed from cars and cities. The volcanic landscapes of Mount Edziza in front of the towering Coast Mountains, the burning red tundra of Kluane National Park in the Yukon, the jagged peaks of the Howsons: those names mean nothing to you yet. Few people have seen those places. They are not easy to get to. But they change people by their power. Christoph has spent the last 30 years in them and makes it his work to get you there - and safely back home. 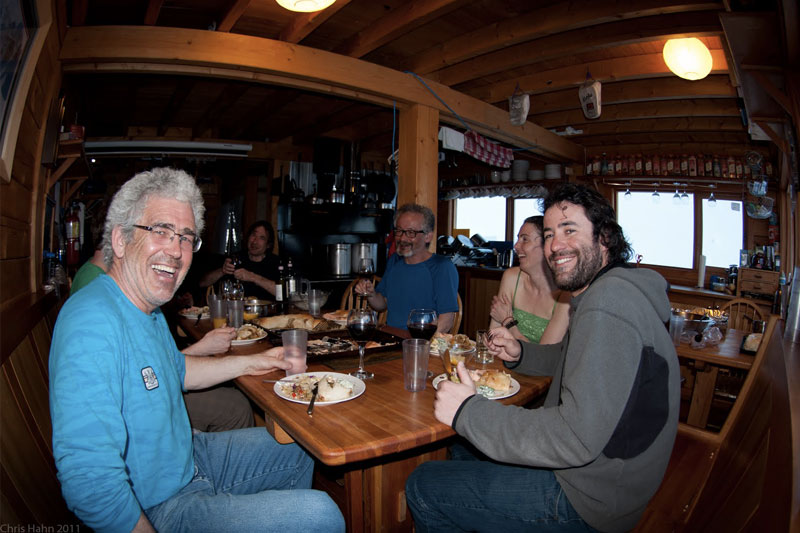 Inside the Burnie Glacier Chalet. Photo by Chris Hahn.