Friday night traditionally belongs to the trickline finale. This year was no different. Even the weather was good. Teplice nad Metují, the International Mountaineering Film Festival and the Trickline Cup work in symbiosis. New names also appeared among the participants, making the show a great spectacle.
29. 8. 2022 Comments: 0 Photos: 21
Facebook Twitter LinkedIn

The SLACKSHOW crew managed to put together 5 races and the Trickline Cup became the “Cup” again after years. This event was organized for the fourth time under the name “Adrex Czech Championship in Trickline”, which means that the best Czech competitor gets the title of Czech Champion in trickline. There is no lack of spectators in Teplice nad Metují, so the town and the MHFF are constantly trying to improve the facilities and service. The idea of a second indoor stage for the bands allowed for a perfect continuity of the sports accompanying program with the cultural one, meaning the organizers and competitors from the bouldering and trickline did not interfere with the bands’ equipment. Another major innovation was the mobile floor, which protected the grass in the park and prevented it from spreading the mud everywhere after rain. When you add to this a jammed sound system, great lighting, luxurious impact mattresses borrowed from boulderers, the eight best finalists and great presenters, you mix a truly original cocktail, which, according to the words of foreign participants, is unparalleled. Slacklines for “walking” are stretched in the park during the whole the festival. The trickline is only on Friday afternoon, first for the slackliners’ warm-up, destroyed after a long journey or Thursday’s opening party, and from 6 pm for the qualification. The Trickline Cup is an open competition and even a greenie trickliner can try it. This year it was Viktor Mikulec, who has been training together with his brother in the garden for only 2 months. The older of the brothers has been doing jumping for 3 years, but last year he got injured while warming up here and so the Teplice audience has not seen him yet. The audience was also anxiously waiting for the jumping style and combos of the Polish champion Filip Oleksik, who learned about the trickline from last year’s winner. Marius Kitowski came from Innsbruck to defend his championship, but the competition was beyond dope. The jury consisting of Doby, Adamski and Vojta Růžička didn’t have it easy since the semi-final as the competitors put out a show of different jumping styles. Filip took a little longer to get used to the final line and so he celebrated the third place. The audience was most entertained by Luky’s combinations and the height of his tricks, yet he finished just under the podium on the 4th place. Marius gave a precise, entertaining, but not so accurate and focused performance this year. So, who won the championship? Even Marius at the final award ceremony awarded Tibor’s performance as the best trickline of the evening. Tibor, at the age of 16, as a self-taught trickliner practicing at the garden, had already impressed the jury recently in Český Krumlov, and he was the only one who scored points in the finals for his tricks, which he was the only one to land cleanly on his feet. Wow! A few points went down for pocker face and zero collab with the audience, but everything else was convincing. And so, for a moment, we could see the smile and emotion when Filip and Marius lifted him on their shoulders in front of the cheering audience.

The hardest combo of the evening was performed by Prochy and Martas, who combined moderating and jumping. Well, but perhaps even more demanding was the program of Luky, who managed the role of the Czech Cup organizer perfectly and, at the same time, competed quite evenly in the “battles” of the top four. The overall ranking is a bit of a formality given the friendly atmosphere among the participants. The Růžička brothers also showed beautiful jumps. Twelve-year-old Ondra simply never ceases to amaze the bystanders. And the highlight of every competition are the girls who deserve their own category in the future. So maybe next time... 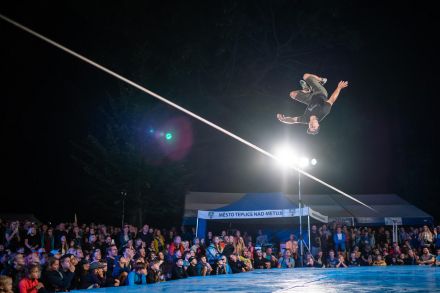 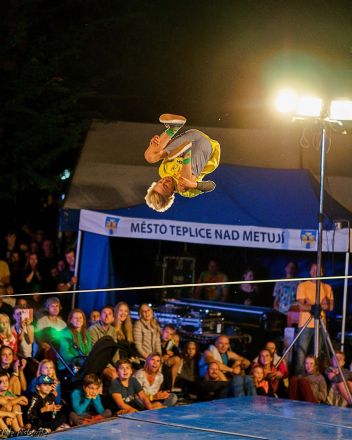 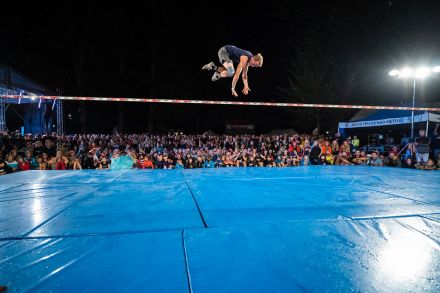 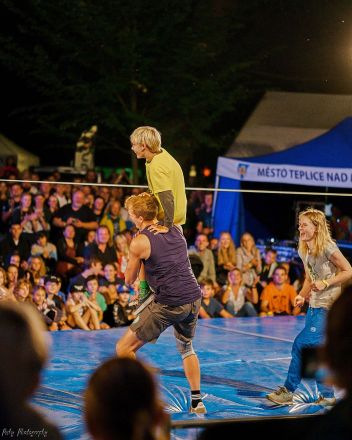 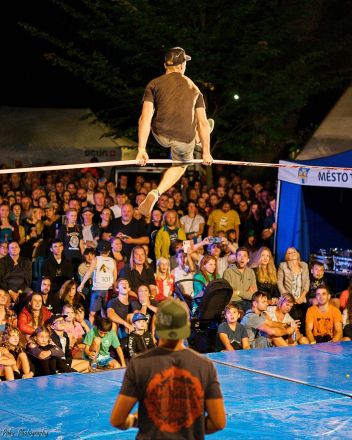 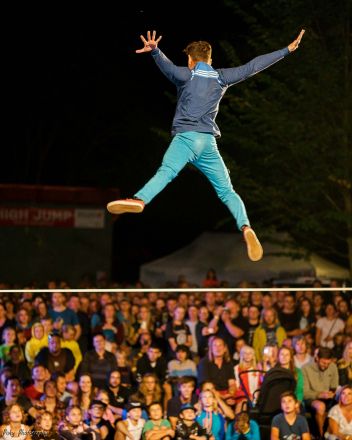