Highline Festival at the Saine-Anne Falls

What make highlining beautiful are the surrounds and landscapes one get to see while balancing on a 1-inch piece of webbing lightly tensioned between two anchor points. And of course the rush, the adrenaline rush you get when you succeed in traversing a line at high elevation above the ground or water is priceless. We all know that. No wonder the highlining is considered the pinnacle of the sport. Now listen up, on September 4th - 7th 2015, Slackline Montréal and the Canadian Slackline Association are proud to present the first edition of the Highline Festival at the magnificent Canyon Ste-Anne, a a spectacular, steep-sided gorge located about a half hour outside of Quebec, Canada.
28. 8. 2015 Comments: 0

Canyon Ste-Anne is an incredible natural site that lies  6 km east of a small town of Beaupré, with vertiginous canyons carved into the rock by the powerful 745 m high Sainte-Anne Falls (higher than Niagara Falls). And right here, beginning of a new era begins: the Highline Festival. 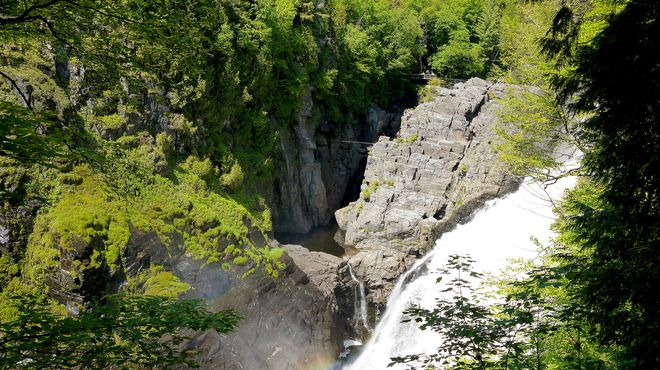 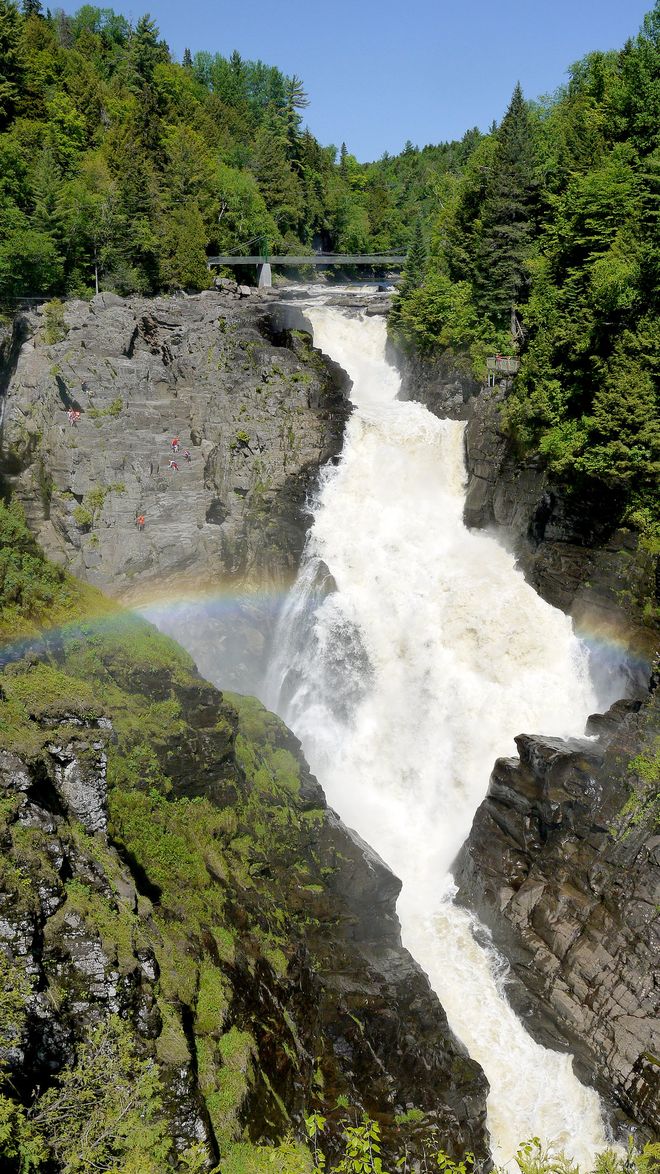 Not only will you be treated by a view of a gorgeous waterfall plunging down jagged rocks, but also rainbows glistening over the falls.

Full access to the site, the highlines, all classes (introduction to highlining and yoga) and camping, that and more awaits you at this beautiful site, carved by the Sainte-Anne-du-Nord River. The entry is 40 bucks for the whole festival and during four days, slackliners are invited to jam on different lines ranging from 50' to 390' long. 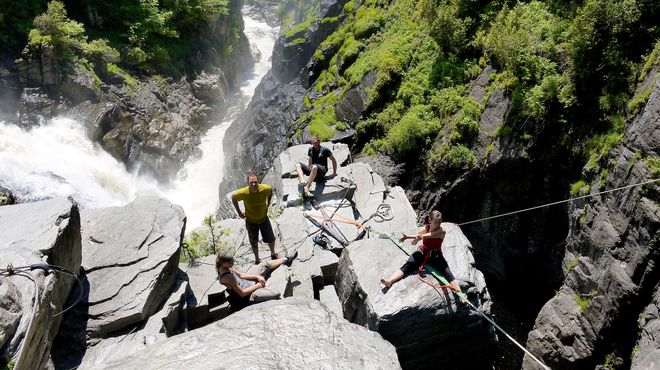 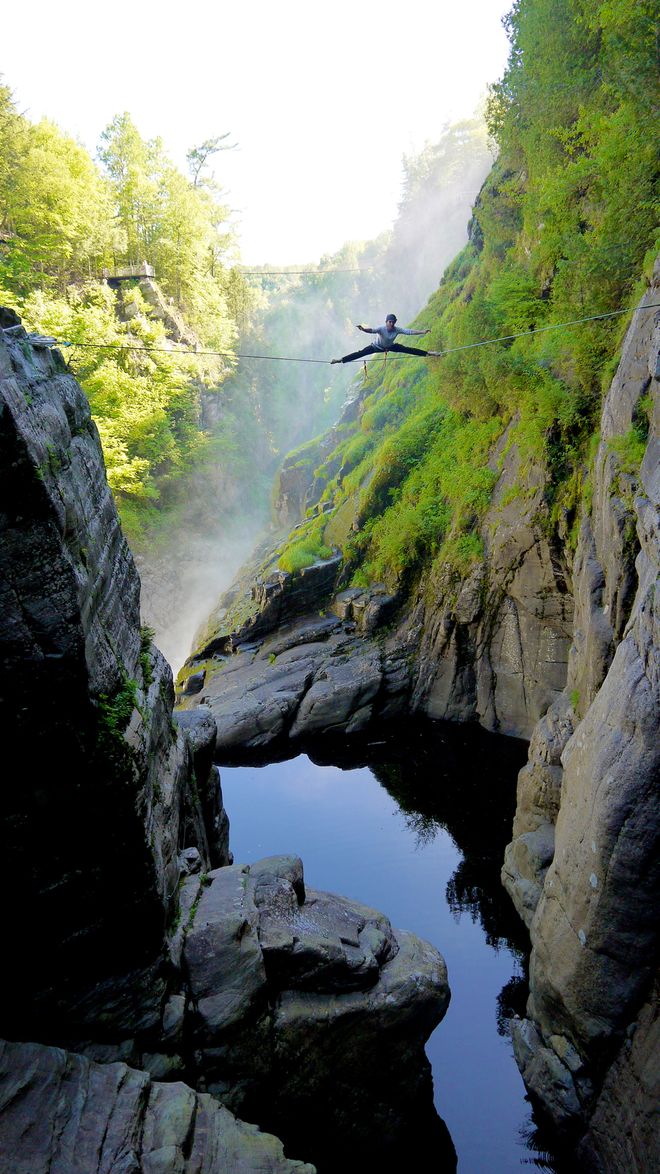 The organizers have prepared one special treat for all, a California based highliner, and former world record holder. Jerry Miszewski. Jerry successfully crossed a 704-foot highline 300 feet above the Cosumnes River Gorge near Sacramento, California in 2013 and although his record was beaten by another slackline pro Alex Schulz a year later, Jerry's still on top of the game. 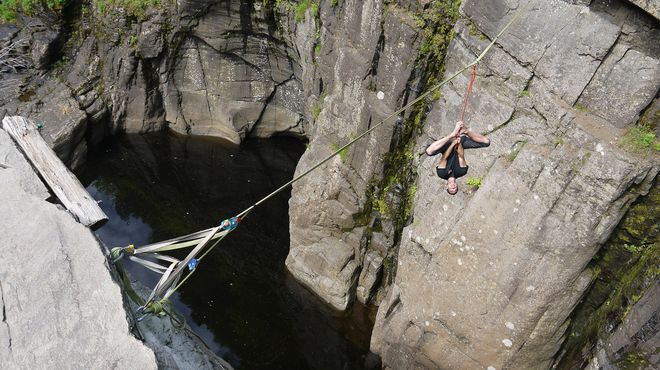 All in all, it will be a great occasion for those, who'd like to get introduced to the world of highlining. After all, who wouldn't want to learn from the best, and practice with some of the best highliners in Quebec. Don't miss it!

Other details might be posted on the Facebook event page so make sure to check on the wall.