On June 23-26, Český Krumlov hosted the first year of the highline festival, organized by the Slack Show Slackline group. In the historic center of Krumlov, the boys placed ten “lines” between the town buildings. Over fifty slackliners from different parts of the Czech Republic and Europe were walking on them and fooling around.
3. 7. 2022 Comments: 0 Photos: 12
Facebook Twitter LinkedIn

Thanks to the varied terrain morphology, the meandering Vltava River and the many tall buildings and towers, Krumlov is the perfect city for beautiful urban highlines. The boys managed to stretch the lines from 28 meters up to 235 meters between the buildings of a castle, a church, a museum, a hotel, two schools, a museum and a theatre. The whole city was on its feet all week, mainly with slackliners walking high above the ground. All residents, visitors and canoers were constantly bowing their heads, holding their breath, shouting and clapping. The town intertwined with the lines soaked up the relaxed and overwhelming atmosphere that the sport entails. A temporary Slack Park was created in the city park with many short “lines” for the public, which were occupied by children and adults throughout the weekend. 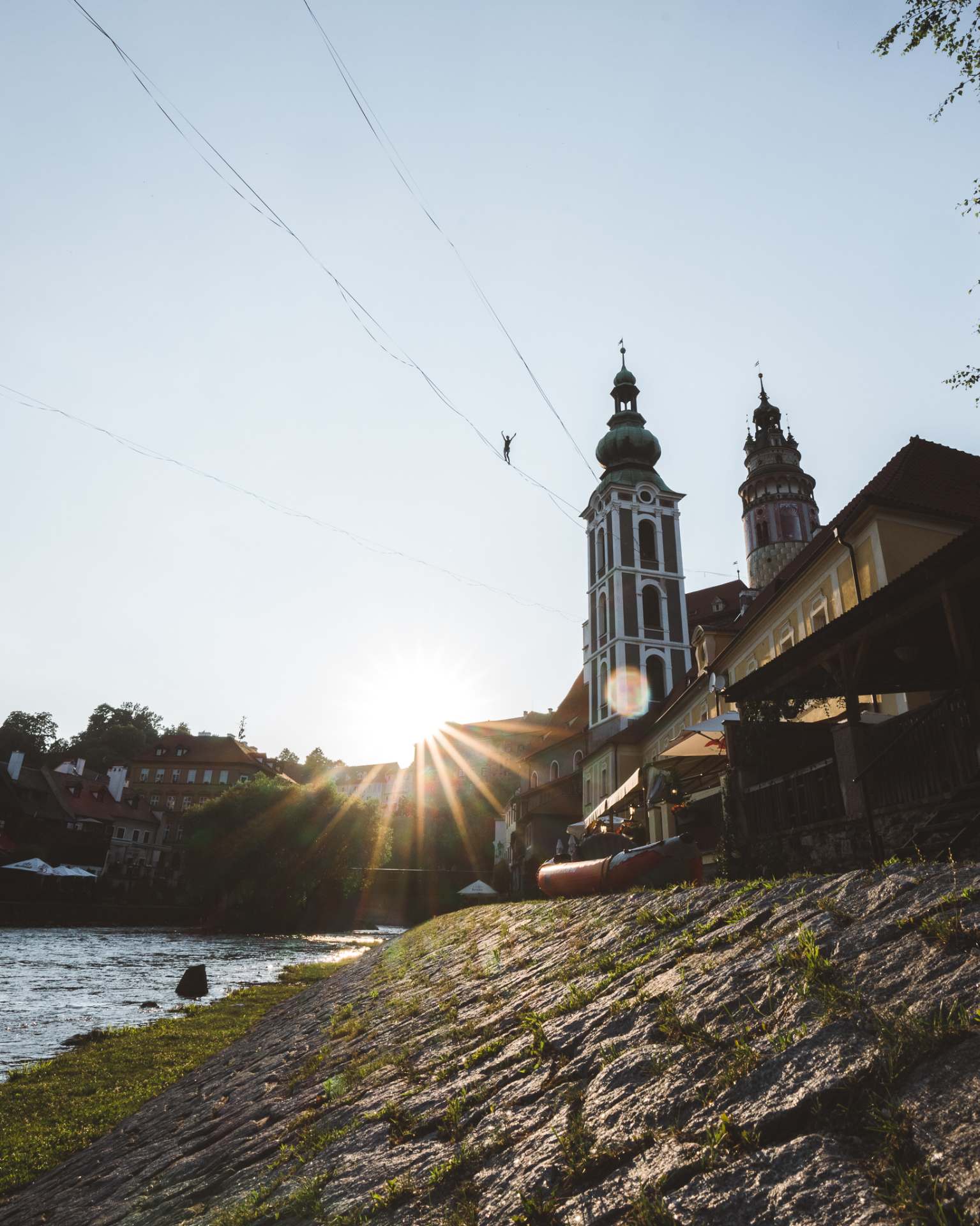 On Friday evening, the square was the scene a speedline race (one-on-one duel speed walking on parallel highlines), won by Kuba Morawski from Poland. Saturday evening prepared for us the SlackShow Trickline race, the 2nd race of the Czech Trickline Cup. With the massive support of the stunned crowd that filled the square, the boys and girls were showing difficult tricks and massive flights on the line. 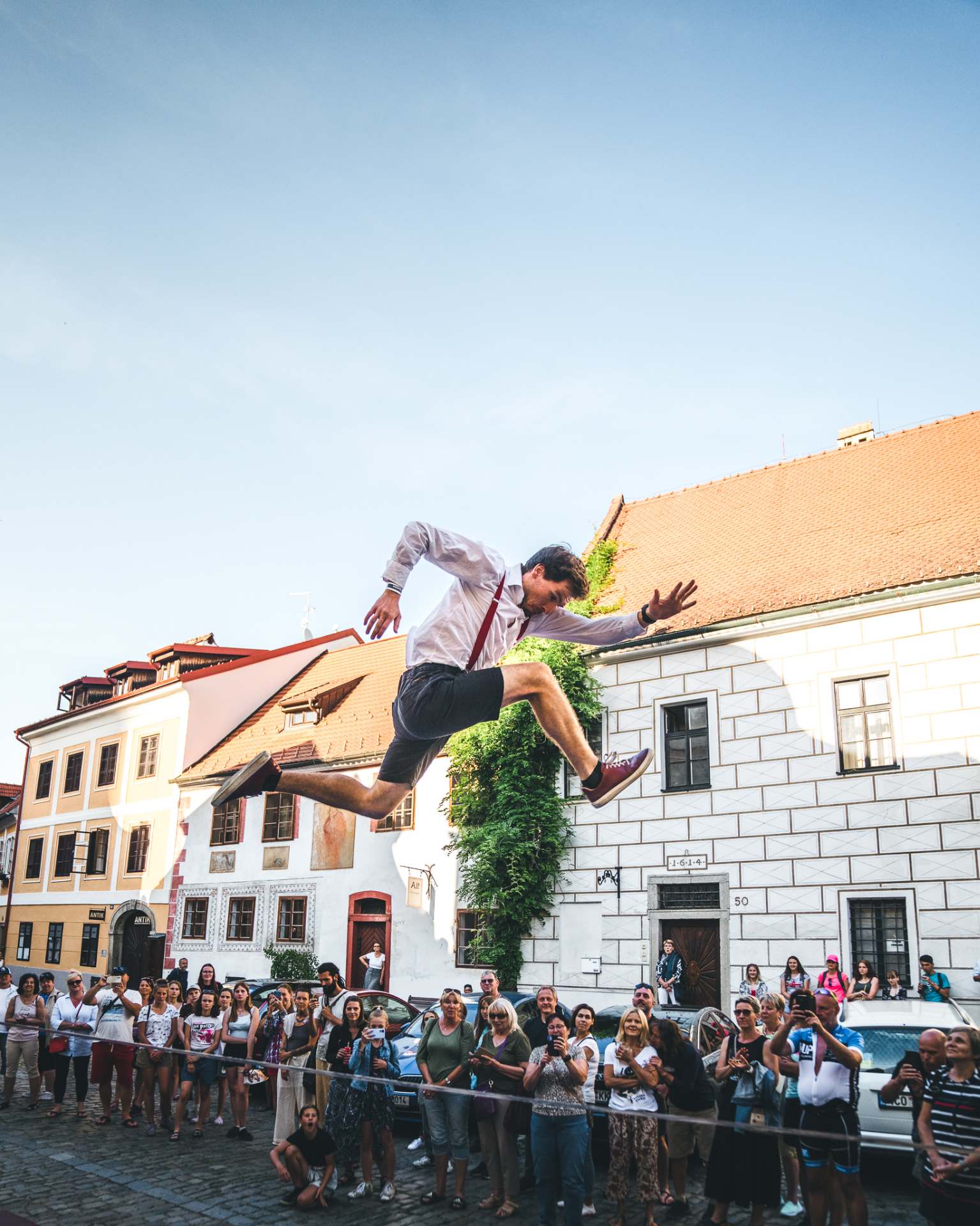 In the end, the competition was dominated by the greenie and surprise of the Czech trickline scene, Tibor Mikulec, who defeated in the final battle the stager, Luky Černý. The third place went to Michal Pírek. The festival was also attended by Tomáš Valenta, who is the father of the “slackboard” (a board with wheels on which he rides at high speed on the line). Tomáš stunned the spectators with a night line crossing from the castle over the river with a flare. The next day, he asked for the recognition of the record of his longest ever crossing on a slackboard – 163 meters on a 235-meter long highline. 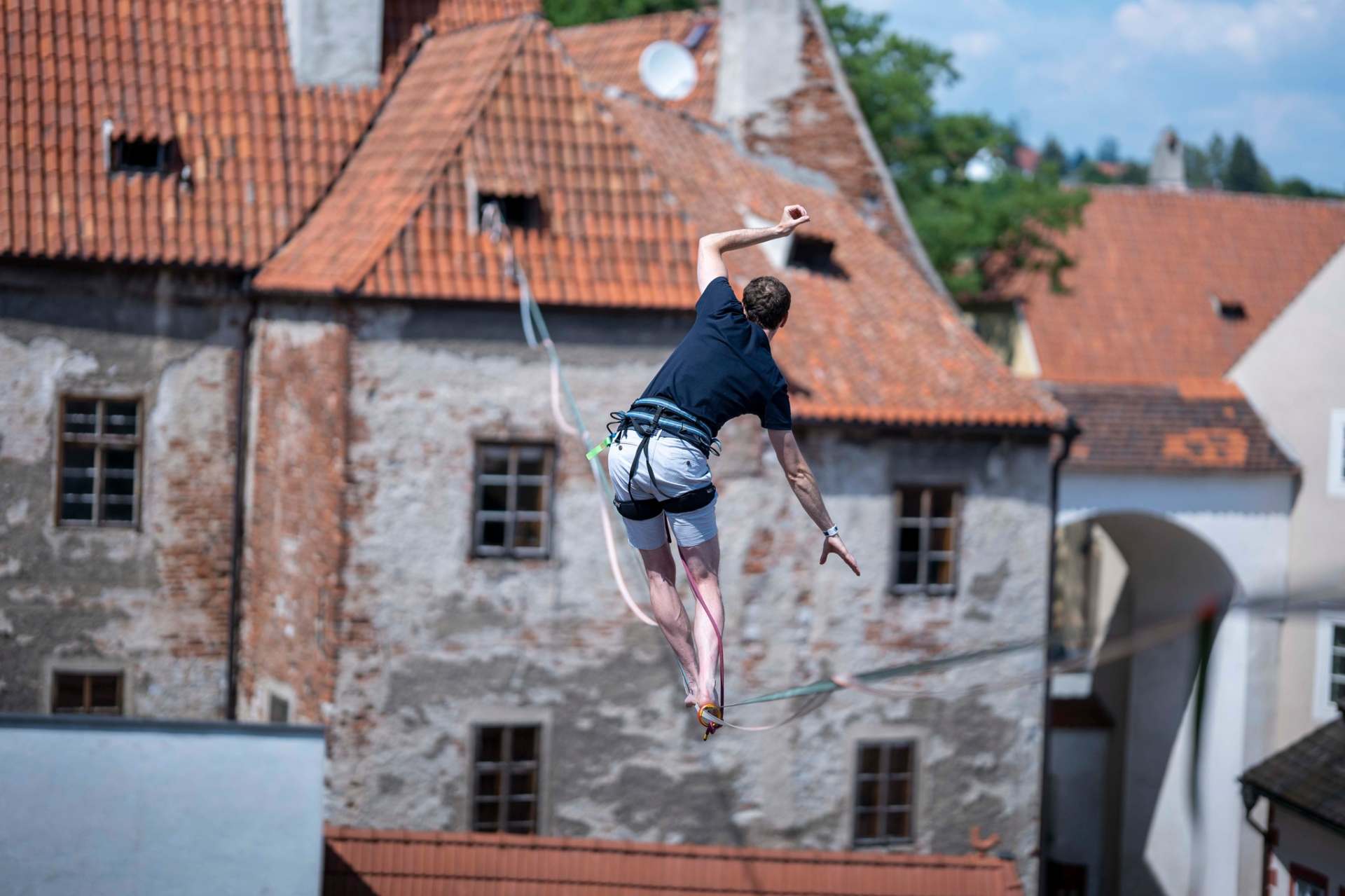 The festival was a great success and will most likely take place again next year. 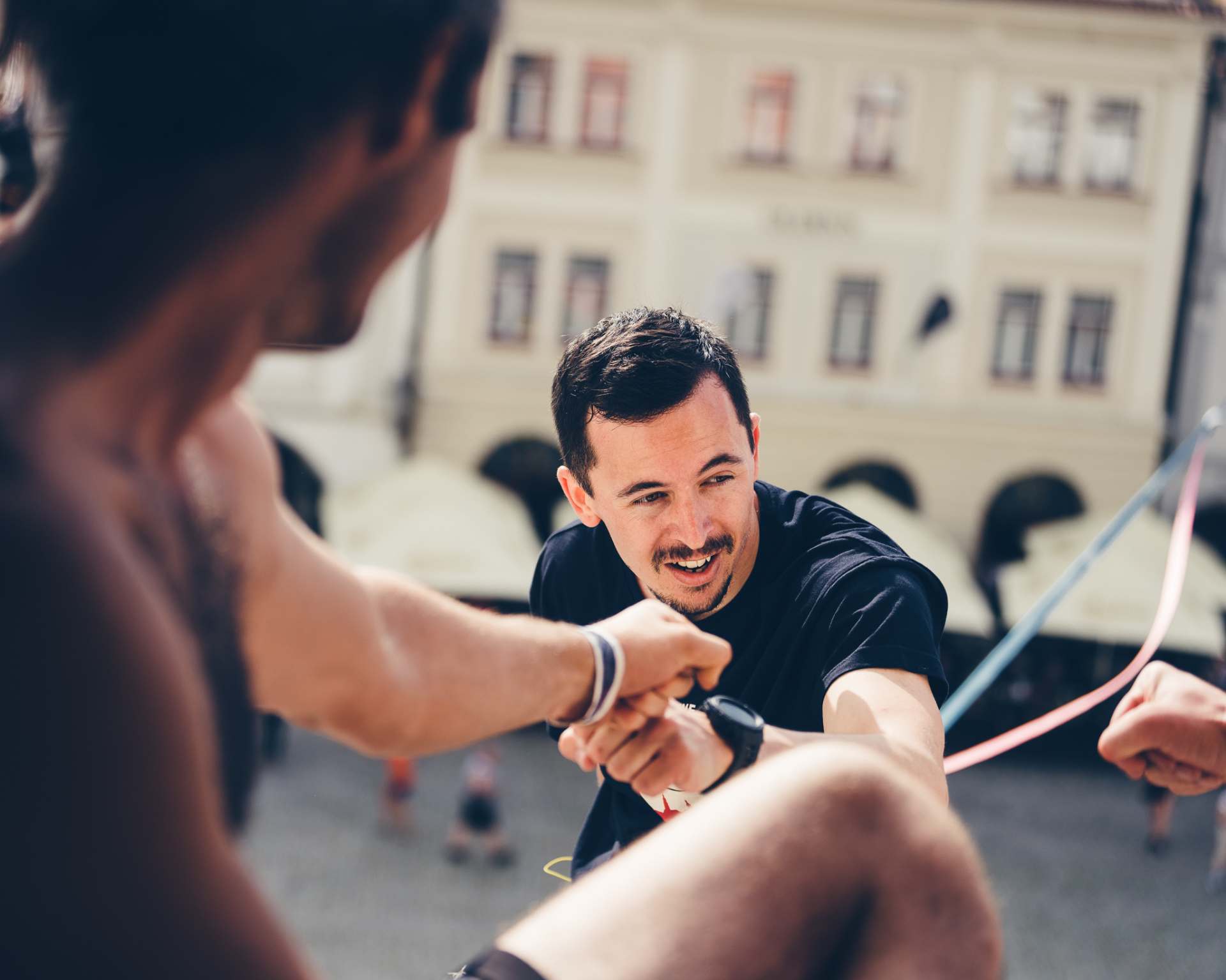 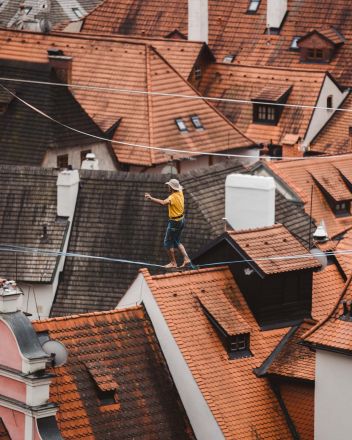 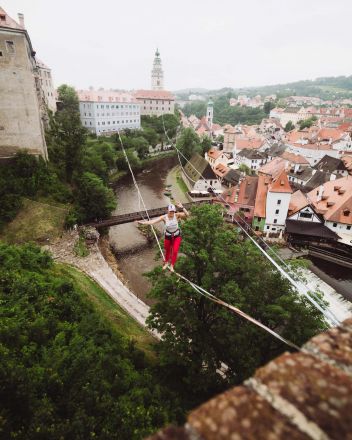