During his slackline trip to china in November 2014 Alexander Schulz managed to walk a 375m long highline and thus bested the previous record by 70m. In Oktober 2014 were Alexander Schulz and Johannes Olszewski invited to China to take part in a slackline event. They stayed there a whole month and searched for an ideal place to break the current highline world record of 224m walked by Julian Mittermaier.
9. 12. 2014 Comments: 0

After some days of searching they found a good spot in  the climbing paradise Yangshuo  and set up a 370m long line between two giant limestone rocks. After many tries and failings, Alex persevered and  on the 19th of November Alex made it!: „From the middle on, I had to concentrate on deep breath, slow walking and being in the moment. The most important thing was to get away from the fear of failure in order to be fully relaxed and able to react to the oscillation of the line after smaller mistakes. I thought: even up to here it is a big success, if I fall now. The longer I was on the line, the harder it was to keep up the concentration. Twice I thought it´s just still so long, but I had to tell myself: I still got the chance to send this line, so let´s not miss it and concentrate! On the last third part of the line, wind came up and started to shake the line heavily. Once I already saw me falling but managed to get back control. 30m before the end the wind was gone, but the fear of failing so close to the goal came up instead. 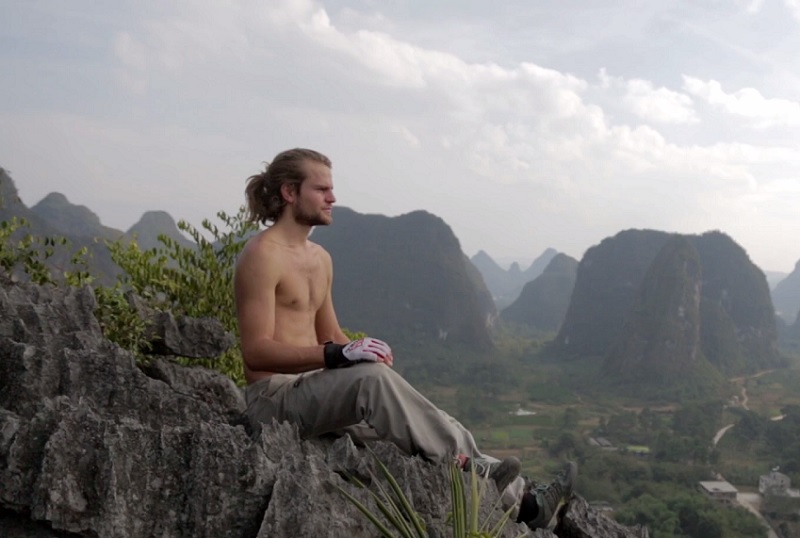 After 40 minutes of walking when I touched the rock, my first words to Hannes were something like: “It´s all in your head; it´s surreal, I can´t believe what has just happened!”

"the ghost inside" world record slackline in China 375m long - TRAILER from One Inch Dreams on Vimeo.

Dear Ladies and Gentleman, on Friday, 5 November 2010 the Finals of the first Gibbon Slackline Contest took place as a part of the “Boulderfestival by Alpenverein Südtirol” – ending the first slackline world cup.

Almost 160 years after Scottish missionary and explorer David Livingstone was the first European to view the world-famous Victoria Falls, two slackline pros from Europe have managed to cross the 100-meter deep gorge of the largest waterfall on earth on a highline. For two years, 26-year old economic…