When I watched Spencer going for a free solo world record in BC I was left breathless at the sight. Looking down from nearly 1,000 feet above the ground into the void of the Squamish Chief known as the North Gully when a drone captures Spencer in the middle of crossing a long gulf left me wonder, who else would have the balls to rig a rope here and cross the 210-foot gap without being attached to the line. No one, and that's why Spencer not only gets our respect, but scores a world record that goes down to the slackline history books. Mad!!!
4. 9. 2015 Comments: 0

Spencer broke a world record by walking 64 meters (210 feet) on a highline mounted 290 meters (951 feet) above the ground in British Columbia on August 2nd 2015, and there were some nerve-wracking moments for sure - he stumbles twice but catches himself with ease (at least that's our impression of it). After all, you have to be prepared before setting your foot on such line. 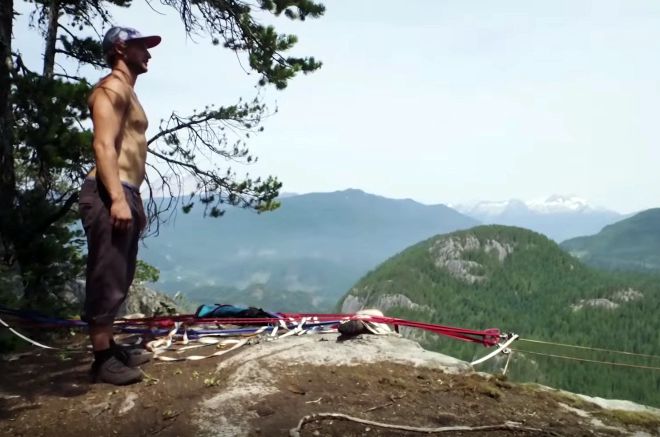 “There’s lots of things in your body telling you it’s not right and you shouldn’t be doing this, but in your mind you have to just keep telling yourself what you're capable of and just push yourself,” Seabrooke said. 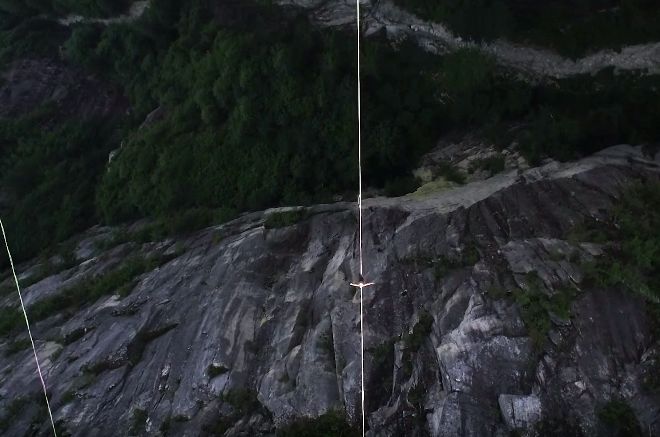 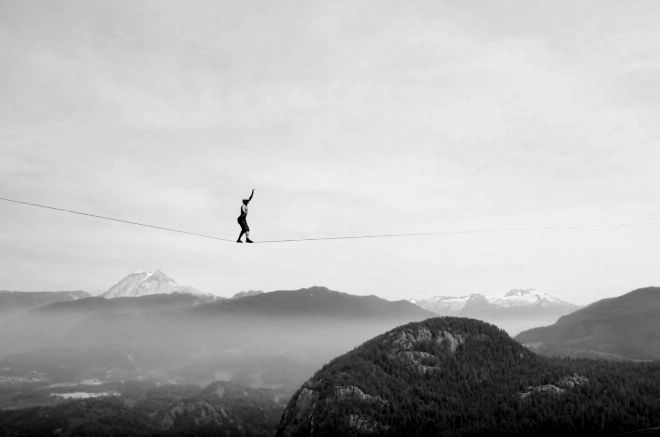 After two falls, Seabrooke calmly resumes his walk and with a help of a few grunts and hoots, he walks all the way across. The whole act was captured by videographer Zachary Moxley, who used a drone to shoot the entire event and here it is: