Caminito del Rey, „Kings pathway“ in English, is a narrow walkway suspended high above the Guadalhorce river, which passes through a huge gorge called Desfiladero de los Gaitanes (Gorge of the Gaitanes) near Malaga in southern Spain. The pathway is just a short walk from the El Chorro village and it ranks among the most popular rock climbing attractions in Spain. Hundred-year-old trail is officially closed for its decrepit condition. Now, Malaga Provincial Council shall decide on its restoration and opening to the public again.
28. 11. 2013 Comments: 0 Photos: 2

Representatives of the Province of Malaga, in which this adventurous journey through the great gorge is located, have just completed a project to rehabilitate the entire route. The planned budget is € 3,121,000! According to the project plans the route should open to the public already in 2015. Broken, burnt and destroyed boards should be replaced with a wooden floor on iron structures pinned to the rocks. In some places, the glass floor is planned to enable hikers to see the river far below their feet. 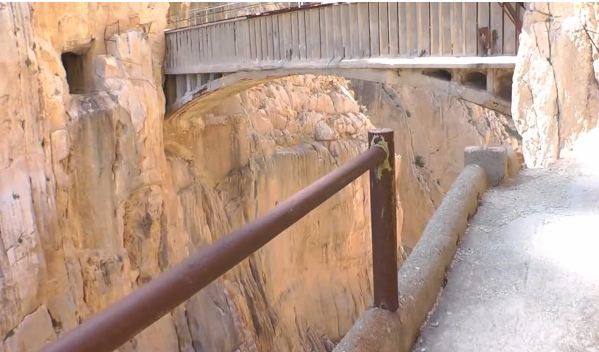 Part of the public is against the project arguing that "the most dangerous road in the world" is going to lose all the magic. An alternative proposal was presented for the redevelopment of the Kings pathway as a new via ferrata, which would certainly never cost so much money and which would keep its adventure rate and attractivity preserved. All original wooden boards, however destroyed, are also industrial monument of the early 20th century. The ultimate decision of proponents of mass tourism and business is expected soon. 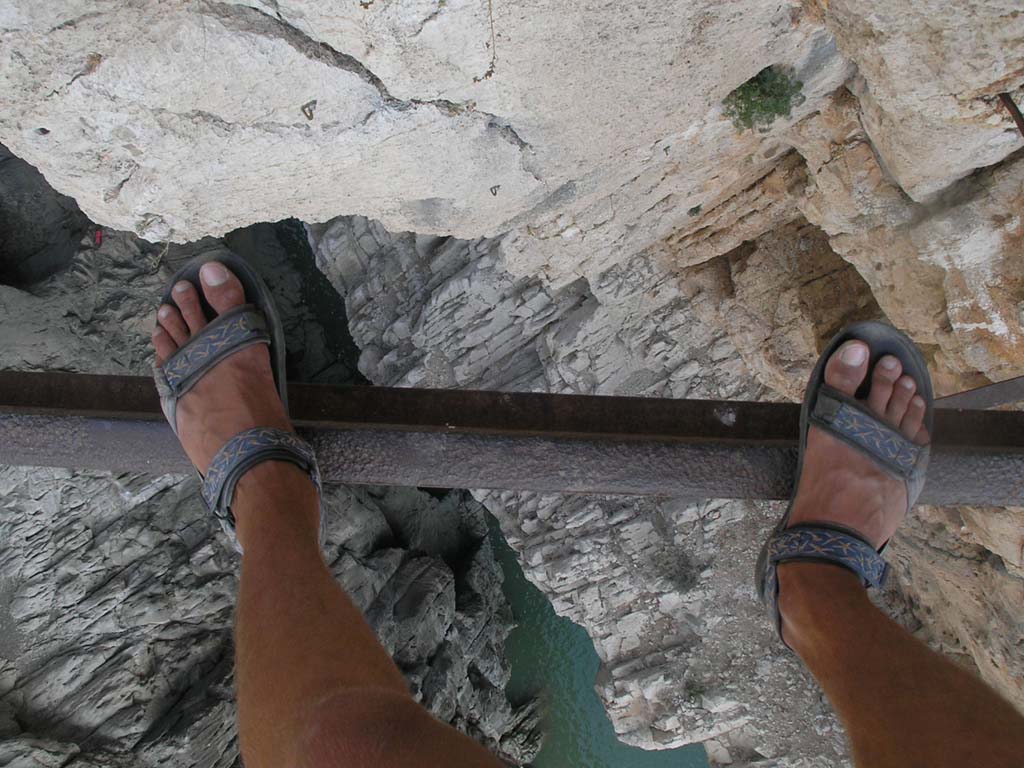 Caminito del Rey near El Chorro is a very good and popular climbing area with hundreds of routes, ideal also for the winter season. The path was built in the years 1901-1905 and served as a way to transport workers and materials during the construction of water projects on the Gualdahorce river. The name „Kings“ comes from a time of the official visit of the Spanish King Alfonso XIII, who came in order to inaugurate the newly arising dam Presa del Conde del Gualdahorce in 1921. 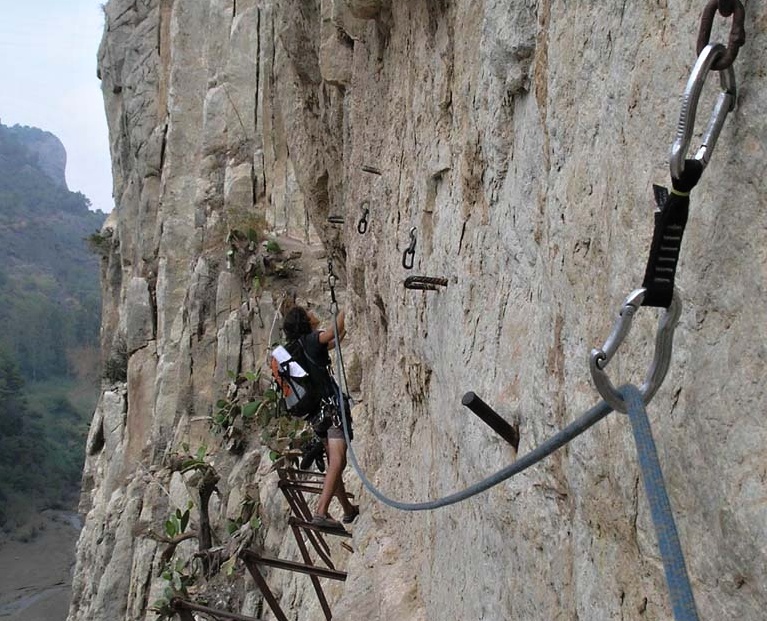 Today, the path is in a desolate state, and after several accidents both of its entrances to the gorge were closed. Even so, El Caminito attracts many enthusiasts, via ferrata climbers and adventurers. There are parts of several climbing routes above and below the footbridge leading through the pathway directions. There is also a fixed steel cable stretched along the footbridge, which provides a kind of safety for climbers. If you go on a tour, do not forget your helmet, seat and climbing and via ferrata equipment. And hurry up! Before the amazing atmosphere and the adventurous character of the gorge disappear forever. Find the place on the map of Adrex.com Locations... 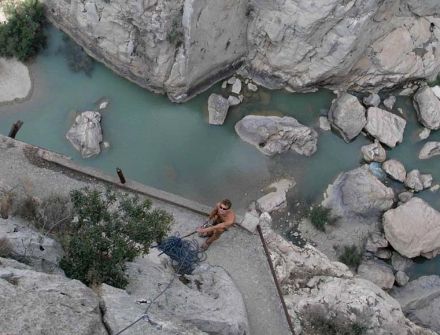 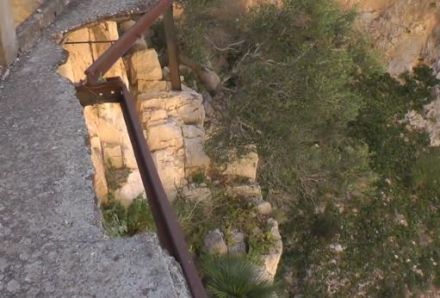