Marmolada - The oldest, highest and longest via ferrata of Dolomites

Marmolada is one of the most popular via ferratas in the Dolomites and it is also one of the first at all. The first belaying the western ridge of Marmolada with steel clamps, pins and fixed ropes was finished in 1903! As Marmolada is also the highest one in the Dolomites it has become a ferrata top spot not only from July to September. We decided to introduce its two main routes.
9. 6. 2013 Comments: 0 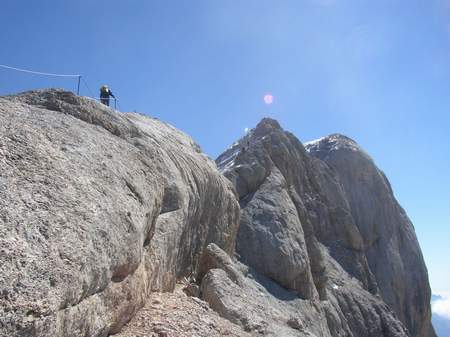 As Marmolada contains also two glacier parts it requires climbers to use also ice crampons, ice axe and a rope together with helmet and a full ferrata set.  The starting point of Marmolada is at Laga di Fedaia (2053 meters), some 8 km east of Canazei, Italy. 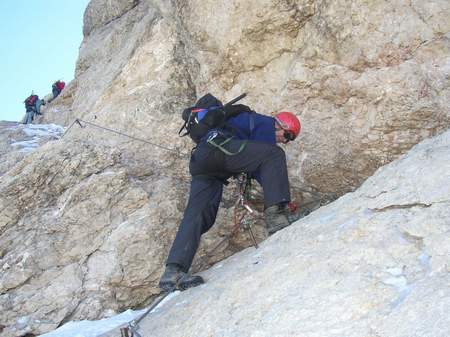 There are two main Marmolada routes:

The first from Canazei (located at 1,440m) to Rifugio Contrinhaus 2.016m (it is recommended to spend the night here), which is about 3 hours. Then from the south to the saddle Forcella Marmolada 2.896 meters and through the western ridge to the top of Marmolada - Punta di Penia at 3.344 meters. Expect total time about 6-7 hours. Descend the same route back is about 5-6 hours. Total time for the route: 11-13 hours. 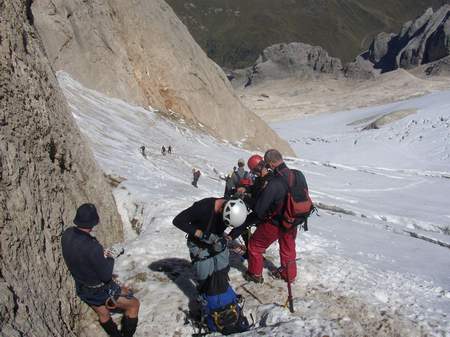 Route nr. 2 from the lake Fedaia See 2.053m. taking the gondola lift to Rifugio dei Fiacconi 2.625m. A walk about 1.5 hours. From the cottage on the road nr. 606 slightly north of the descent walk around the rocky spur and then ascend the glacier to the south Forcella Marmolada. From secured route west ridge to the top of the Marmolada. Ascent from the upper station of the cable car takes 3-4 hours. The descent from the cross of the top is to the northeast by the firn ridge. We come to the trough hedged fixed ropes. This will go down about 200 vertical meters to the glacier with cracks - must be established. After the glaciers descend to the upper cable car station at the cottage Fiacconi. To here from the top in about two hours. Total time using cable car is 5-6 hours. 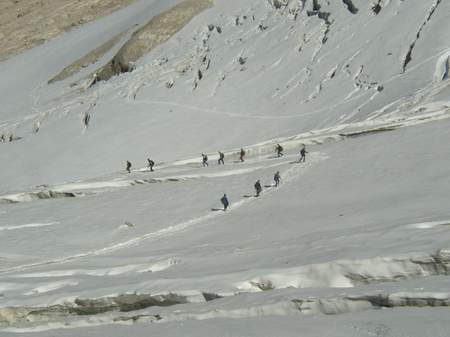 There are no difficulties from climbing point of view, it is considered an easy via ferrata. However, the presence of the glacier makes you take more equipment and heavier bag. This together with high altitude and lack of oxygen requires a good physical condition. Ferrata difficulty is C and sudden changes in weather, new snow and ice can create there significant problems. Therefore it´s recommended only for experienced climbers and under good weather conditions. 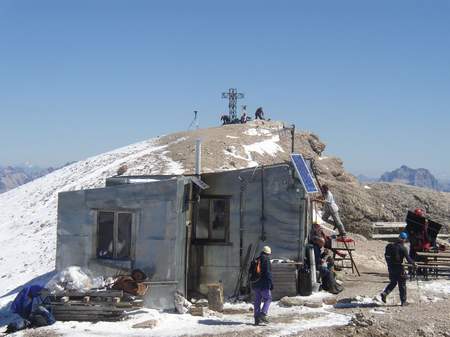 Find out more at www.ViaFerrata.org.uk A short video of our ascent of Marmolada di Penia, the highest peak in the Dolomites. We climbed up via the via ferrata on the west ridge and descended via the normal glacier route. 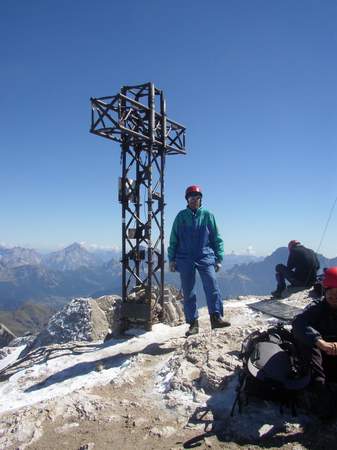